Full vegetarianism is a lifestyle choice, but there is a case for eating less meat.

The issue of vegetarianism is often in the news. There are many who have a moral objection to eating meat, on grounds that it is obtained by cruel methods. There are others who believe that only certain meats should be avoided. Yet there is a problem with meat. You can have too much of it, without a doubt. Humans do not always need as much meat as they eat; and the farming of meat, particularly beef, is ecologically quite destructive, as cattle consume resources in an inefficient way. Yet cattle also give us other products, such as leather and milk, and there are parts of the earth that are more suitable to meat production than to vegetable growing.

I am going to define meat in the broadest sense of the word, as being any product that comes from a dead animal. I am excluding milk and eggs, as eggs that we eat are the unfertilized ovulations of birds that will never grow into chicks. Thus I am including creatures as far down the food chain as jellyfish. You can only obtain meat by killing an animal, unless you eat carrion, meat found dead, which is generally unsafe to eat. Animals dislike being killed and to some extent they suffer pain, though the pain can be greater or lesser according to the skill of the hunter/slaughterer. Does not a cruelty-free lifestyle mean doing without meat?

Yet humans are omnivores, we can eat vegetables and meat. Despite certain claims that early humans ate a purely fruit and vegetable diet, archaeology has revealed that early humans were hunters, and furthermore, primates are known to hunt, as apes hunt and kill monkeys for food.[ It seems likely that some early humans ate each other, and we don't use that behaviour as a model!] We generally do not blame an animal for eating the diet that is natural for it  to eat, so can humans be blamed for eating meat? Not on these grounds.

I have noticed that the ability to digest meat seems to peak in young males in their teens and twenties. This is an age when their muscles are developing and their bodies crave protein, but as you age your ability to digest meat seems to decline.I suggest that this is the body's way of saying that it does not need as much as it one did. I have retreated from eating as much meat as I used to, as I do not digest it as easily as once was the case, and nowadays I tend to eat fish and seafood to a much greater extent  than was the case in earlier years. I never choose beef any longer, though if it is provided I eat it.

The Hierarchy of Animals

Some people refrain from certain kinds of meat. There are those who do not eat red meat, while others do not eat animal meats at all. Some even refrain from fish and seafood. The case seems to be that they object to causing pain to a sentient creature. This goes as far as fish, though whether some shellfish can be regarded as sentient in the sense of feeling pain as we know it is a moot point.

However, we can identify a sensient hierarchy in animals. There are some at a low level of consciousness, such as shellfish. but even then some shellfish seem to have a higher consciousness than others do, as lobsters and crabs are definitely conscious. Fish have a level of consciousness, but as you rise in the evolutionary hierarchy to creatures of higher intelligence, such as dogs and dolphins, you begin to encounter creatures who might well qualify as persons, such as apes and dolphins. Personhood is significant, as once a being qualifies as a person, killing it becomes murder. My opinion is that dolphins and maybe some apes cannot be eaten, as they have reached the status of personhood.

Yet even with creatures lower down the hierarchy of being have claims. These claims may not be strong enough obviate the right to kill and eat them, they certainly can make a claim against us in that they can make a moral demand that, if they be killed, they are killed in the most humane way possible. It is also morally necessary that they be killed only if necessary and not for trivial reasons.

The Dilemma of Killing

Those vegetarians who take up their vegetarianism on health or ecological grounds are in a stronger position than those who object to killing, as all farming and gardening involves killing. My son was a nurseryman in a fruit tree nursery  for a few years, and he told me that during certain seasons he spent part of every day hosing down fruit trees to destroy aphids, and said that if killing an insect was murder, he was a mass murderer. Pests must be destroyed if you are to have vegetables. We are forced to kill the slugs that would otherwise eat our crops.Even if I introduce natural predators, such as hedgehogs and ducks, I am still killing.  Rabbits are a persistent pest in parts of the world, and farmers find that it is necessary to shoot them to protect their food crops. Any salad you purchase may have been made at the cost of shot rabbits. If you shoot them, why not eat them? This is not farming animals for food,but making the most of a necessary strategy.

There is also the need to cull. In certain parts of the world, such as the Scottish Highlands, the absence of natural predators such as wolf and lynx has led to a proliferation of red deer, which can reach numbers greater than the environment can sustain. Controlled killing has proved necessary. The venison is used for food. In a landscape unsuitable for growing of crops this is the only way to make use of the land for food. However, some environmentalists want tor restore natural predators, but the cost of this would deprive estates of their living, which they get from venison. In certain northern parts of the world, such as Norway and parts of the USA, some people get food through hunting in the large forests that are there. There are no easy answers here.

About half the land of Britain is unsuitable for arable farming on a large scale, and we have a population to feed. Large areas of Britain, including much of Scotland, Wales and Northern England are mainly suitable for sheep because of their poor soils and wet weather. If we want to get any food from them we have to eat lamb or mutton. Parts of southern Scotland and Cornwall rely on beef, as arable production in these domains cannot be the most successful form of agriculture.

The great difficulty at the moment is that a rising world  population is demanding meat, but meat can be ecologically expensive in certain circumstances. Meat from grain-fed cattle is a disaster, and this is especially so with beef. Feeding cattle on grain is an ecologically inefficient way to farm. Grain fed to cattle is  a wasteful way of using grain, as it takes several kilogrammes of protein fed to an animal to make one kilogram of animal protein, and the leather that we get hardly makes up for this deficiency. This argument applies to any animal that is fed on grain grown for the purpose, including pigs. If animals are fed on waste and/or allowed to forage naturally in woodlands, as some pigs are, the argument does not apply, as rather than wasting food they are recycling.

However, some land ideal for vegetable production is used for more profitable meat production. This is a wasteful way of using land, as vegetables could feed people more effectively than meat can.

You can feed a population on vegetable foods easier than you can feed them on meat. A vegetarian diet is perfecty healthy. Ideally, we will minimise meat in our diets. It is possible to rely on vegetarian food and be perfectly healthy. But there is no reason to cut out all meat, unless you are doing so out of a lifestyle choice, possibly against the cruelty that certainly exists as part of the meat industry. The industrial production of eggs is morally just as bad as much that goes on in the meat industry, and you may on moral grounds reject eating eggs from such sources. We only have free range or barn eggs, preferably free range.

There is no reason for all people to cease eating meat, but meat should be minimised. A low meat diet is quite sustainable. Such a diet would avoid meat from cruel sources, but would accept meat produced in a morally and ecologically sensitive way. Some people will reject all meat consumption, and there is good in this; but all people should consider minimising their eating of meat.

Low meat rather than no meat.

You can always tell when the chicken is guarding a fertilised egg, as she sits on it and fights for it. Unfertilised eggs are just dropped and left.

Nice article, I am a vegetarian by choice although I use eggs

Wall Calendars and More by Audubon

Audubon Calendars are gorgeous and with a purchase funds go directly to wildl...

What is organic growing?

Organics growing is a method of farming in a sustainable way. 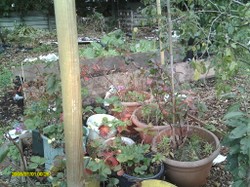 Wall Calendars and More by Audubon

Audubon Calendars are gorgeous and with a purchase funds go directly to wildlife concerns. Local chapters all over the U.S. help educate young people and bring enjoyment to elders
44%  8   3 frankbeswick
Protect the Environment 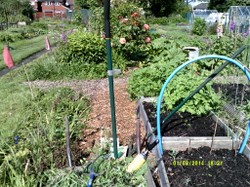 What is organic growing?

Organics growing is a method of farming in a sustainable way.
Loading ...
Error!