Microsoft Job Interview Question: Why are Manhole Covers Round?

You often get unusual questions at job interviews. Microsoft has been known to ask an interesting question of their prospects. Find out what's behind the question.

It is widely known that Microsoft uses this question when interviewing prospective employees. And Google does too. But not just the tech giants, it's a bit of a standard interview question: Why are manhole covers round?

The question seems basically absurd considering it's irrelevant to the job; unless you're interviewing for a manhole cover manufacturing company, maybe. Obviously the point of the question is not to get an answer. My experience is that interview questions rarely are about that. The interviewers want to know about the interviewee. They want to know how your mind works.

So, why do they even ask the question?

Yeah, why do they ask that question?

First, they want to know if you are aware enough to link things up logically, including things that do not require your technical expertise. You might be a fine web developer, but can you answer a question about something for which you really have no particular knowledge? Everyone knows a little about manhole covers and a bit of logical and clear thinking will bring about some answers about them and this question.

Can you think on your feet? You are presented with a question that isn't really your particular area of expertise. Can you deal with it anyway? Of course, now that everyone knows that the question is out there, they just Google for answers. Surely, they'll come up with new questions for you, though. That's why it's more important to understand why the question is asked. If you get the job, you're going to need to do more than Google answers.

How do you approach problems? Can you look at them independently, at various angles and taking into account various considerations? That employer wants to know how you even approach a problem; whether you can use your own brain and figure it out, soundly and logically.

Okay, so now the moment you've all been waiting for. The easy part. The answers. Or, at least, some answers.

Have you been asked at a job interview why manhole covers are round?

Okay, so why are they round?

A round manhole cover cannot fall through the hole. Even if you lift it (which is difficult without help because the covers can weigh up to 200 pounds) and turn it up vertically and drop it into the hole, it won't fall through. The reason why is that a round cover has the same width all the way around; and, the same diameter. A square cover would not have the same width all the way around. The diagonal measurement from corner to corner is different than the sides. If you picked up the cover, turned it vertical and then diagonal, you could drop it right through the hole.

This is not to say there aren't other shapes that might work. The Reuleaux Triangle, for instance. This shape is a triangle that has sides that come out a bit and are rounded. Also, it's possible a square cover could have a bit of material coming out a couple inches from the sides to prevent the cover from being dropped into the hole. However, seems much easier to just make a round cover.

For one thing, a round cover is easier to put in place; this is another possible reason why most of them are round. You don't have to adjust for corners and angles; just plop that thing in place. Pretty efficient. I'm sure city workers' time is valuable, like it is for the rest of us.

It is also easier to move a round cover around; just tip it on the side and roll it.

It is also said that it's easier and more cost-efficient to manufacture round covers. This makes sense. You don't need to use as much material, and you just have to make one basic, round piece.

Another consideration is the fact that a manhole cover covers what is essentially a pipe that takes the streets' run-off away. Pipes are generally round and so their covers are round. Pipes are round, also, because being round makes them more efficient and cost-effective. Round pipes more efficiently carry material. Again, it requires less material to make round pipes too. They have a stronger structure and handle stress better, also.

So, there you have it, a few soundly reasoned answers for why manhole covers are round.

It makes sense that tech biggies like Microsoft and Google would use this question when interviewing candidates for positions at their companies. These guys have a major impact on the world, considering the influence that computers and the Internet currently have on everyone's lives. You want someone working for you who can use their own brain, break things down and figure them out and come up with fresh solutions; especially in a field that is constantly changing and innovating and in need of bright minds with new approaches.

And this is why it's mostly important to understand not so much what the answers are to this question but why the question is asked. Once you're on the job, you are going to have to do more than just rely on your book knowledge or what someone else told you. You will have to be able to look at the problem squarely, break it down and connect things logically and create innovative and creative solutions. And that's how you should approach the interview.

Glad you stopped by, David.

Good Questions To Ask In An Interview

A job interview is a two way discussion. Yes the employer will have a lot of...

How To Get An Interview

In today's challenging economy before you get the job you have to know how to... 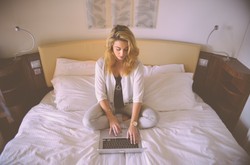 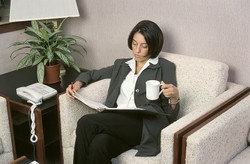 Good Questions To Ask In An Interview

A job interview is a two way discussion. Yes the employer will have a lot of questions for you but when it comes to you what are some good questions to ask in a Job Interview?
54%  6   5 pkmcr
Job Interviews 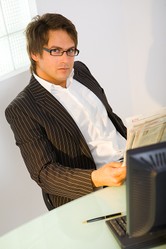 How To Get An Interview

In today's challenging economy before you get the job you have to know how to get an interview!
Loading ...
Error!