Monocle eyewear seems to have vanished completely from our streets. With all the various fads and trends, it's surprising that someone hasn't thought to bring these back to life!

Monocle Eyewear - Where has it gone?

I'm trying to recall the last time I saw anyone wearing a monocle in the street or anywhere else (except perhaps TV for that matter). With young people especially, always looking for an original trend to set, I'm surprised they haven't jumped on monocle eyewear ... not literally of course!!

In fact, the only thing that reminded me that they even existed was the recent case of the lulz hacker group who used a monocled man as their logo ... that got me thinking..

The first monocle to be worn was believed to have been in the early 1700s in Italy and was used purely for close up examinations of jewellery and the like but didn't come into common fashionable usage until the 19th century.

We probably tend to think of monocles as uncomfortable to wear and perhaps we have tried to wear one as a joke only for it to fall out. The truth however, is that for the wealthy, monocles were made individually for each person and therefore were comfortable to wear. For others, they worked on a spring loaded system which would be retracted until placed into the eye socket and the spring then released to ensure a comfortable fit.

Stereotypically, monocles are perceived to have been worn by the very wealthy upper class and also by German Nazi Officers which made them appear even more sinister than they perhaps were, if that is possible!

Monocles were also adopted by some lesbians in the late 19th century in order to identify their sexuality, very much in the way that gay gentlemen would wear a specific colour handkerchief visibly in their top jacket pocket.

Despite the fact that few people wear them these days, it is thought likely that they are about to make a comeback, and indeed, some goths have taken to wearing monocles although these are probably the more serious minded goths rather than 'rock goths'

Of course, there have too, been many famous and infamous wearers of the monocle. Perhaps the best known living one being Sir Patrick Moore the astronomer.

Others have included filmmaker Fritz Lang, poet Lord Tennyson, Philosopher Karl Marx and more recently boxer Chris Eubank. There have also been several fictional characters such as the Penguin from the Batman films and Bertie Wooster.

Of course, with modern eyewear, there is little chance that monocles will become a prevalent eyewear again although in the UK, they have started to be sold again by the major chain, Vision Express, but there may well be an untapped niche somewhere, and I suspect it may only be a matter of time before Lady Gaga or someone similar appears on TV wearing a monocle; and that is sure to mean that many will follow. Perhaps it will not be too long before we are complaining about the eyewear of the 'youth of today'.

Of course, if monocles do become the de riguer eyewear of the day amongst young people, there is little doubt that it will be a passing phase and they will quickly die out to be replaced by something else. Maybe we will shortly be looking at the return of the pince-nez!!

I know of an online store that sells monocles! Not sure how well it does but there must be a market? www.themonocleshop.com

Monocles back in fashion? Interesting idea! The last time I saw one was a few years back at the Chap Olympiad in London. I don't think I've ever seen one outside of a vintage dress-up event. You might be onto something about a comeback... but somehow I can't imagine it will take root among any more than a very small subculture like the serious goths.

Buy Vintage Hair Accessories for That Touch of Glamour

A Vintage hair accessory can add a touch of glamour to any outfit. Choose fro...

What is it about vintage wiggle dresses which still inspires the designers of...

1960s hippie fashions and retro clothing such as flared trousers, kaftans, an... 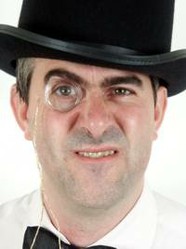 Buy Vintage Hair Accessories for That Touch of Glamour

A Vintage hair accessory can add a touch of glamour to any outfit. Choose from a range of vintage style hair accessories to suit every occasion.
68%  6   7 HollieT
1950's Fashions 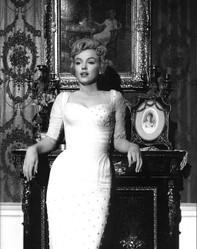 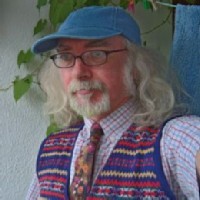