Research Variables on the (negative?) effects of daycare on children and infants in regards to mother-infant attachment, & cross cultural differences in infant mother attachment.

Regarding the research on the effects of daycare on mother-infant attachment.

Explaining the difficulties in determining the precise effects of daycare on attachment.

The emotional, social and cognitive development effects of daycare on mother infant attachment has been heavily researched and studied, with differing results and conclusions.

More recent research on a large scale by the government has had difficulty determining the precise effects of daycare on attachment.

The security of the child's attachment to the care giver was not proven to be affected merely by placing a child in day care, but rather by other factors regarding the day care and the care givers attention, and similar variables.

Earlier studies found that infants whose mothers stayed at home were more likely to be securely attached than those whose mothers work outside the home and leave the child in day care.

However, there are a number of reasons why the attachment effects are difficult to determine.

The testing method to determine attachment is not reliable.

This is because it relies on the babies' stress levels at being left, and enthusiastic reaction on the mother's return.

However, although babies whose mothers work show up as not having so much stress when their mother leaves, this can simply be due to the fact that precisely because it is a common occurrence, they know that they are not being abandoned, and that their mother will return as usual.

Yet, they may still be securely attached, and just not be showing high stress levels and anxiety, because they know that their mother will return.

Therefore, this test does not accurately determine the effects of daycare on attachment.

Face to Face Interactions and Attachment Varies by Culture

Studies have shown that Japanese mothers direct their infants attention towards themselves- the mothers- for many months, while middle income European American mothers have the most face to face interaction with their babies by 14 weeks of age, after which, the baby's attention is usually directed outward towards their surroundings, rather than their mother.

African American communities tend to face their infants outwards, to encourage interaction and association with the world and culture.

Kaluli mothers carry their infants facing others. They avoid looking into their babies eyes, and usually do not talk to their babies, although they do respond to the babies physical needs, nurse them, and attend to them when they cry.

The resulting babies attachment to their caregivers, and overall development, undoubtedly occurs differently then in other cultures where the interaction and attention is different.

Infant Bonding And Attachment Does A World Good

Every Method can have its pros and cons.

It is important to take care of all of your child's needs- both physical and emotional, not just by providing him or her with food, clothing, shelter, and material possessions, but also with love, warmth, smiles, hugs, kisses, and bonding time with the parents, in addition to providing them with opportunities to socialize with other kids of their own age.

Baby in the family? Have you ever wondered whether you will ever get a full n...

More and more graduating or college bond teens do little to succeed in life. ...

When Kids Talk Back

What should a parent do when their kid starts to get a bit head strong, mouth... 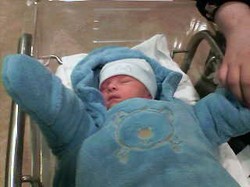 Parenting with Love: Making a Difference in a Day
88%  12   7 sheilamarie
Parenting Techniques 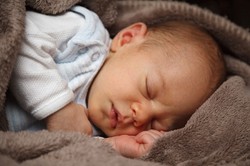 Baby in the family? Have you ever wondered whether you will ever get a full night's sleep again? Use bedtime routines to help your baby wind down at night. Read what has helped oth
81%  13   5 katiem2
Parenting Techniques 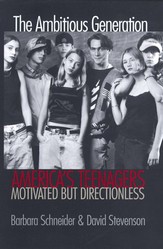 More and more graduating or college bond teens do little to succeed in life. Learn why our youth lacks ambition and how to foster success.
76%  8   7 katiem2
Parenting Techniques 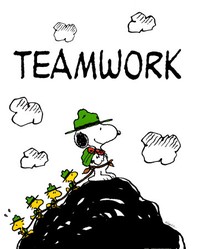 When Kids Talk Back

What should a parent do when their kid starts to get a bit head strong, mouthy and assertive. Learn the boundaries between a good healthy debate from your child and going to far.
Loading ...
Error!