Do you have a Tudor fan in the house? It's time to get her Mother's Day gifts with that in mind.

Mother’s Day is just around the corner. For those in the UK it is at the end of this month, but for those of you in the USA and Canada it is in May—lucky you with longer to do some present hunting. There are so many gifts, and I know my husband struggles to find something for me from our daughter. He surprised me this year for my birthday by getting a big book on Tudor history. So, then I thought about other gifts ideas.

With people on the lookout for Mother’s Day gifts, I thought why not share a few ideas for the Tudor history lovers out there.

Why not start off with learning more about this fascinating time period?

I’m going to start with the educational non-fictional books. Let’s get it out of the way, since it tends to seem like the boring option. For an avid Tudor history fan, trust me they really aren’t that boring. There are so many non-fictional books though. How do you really choose between them all?

Let’s start with the Lancastrians to Tudors: England 1450-1509. This doesn’t just cover the Tudor period, but the whole lead up to it. It is aimed at AS and A Level students (the 16-18 year olds in England), but it is full of interesting facts and will be a great starting point for those who have a new interest in the subject. As you read this book, you’ll gain more insight into the world of the Wars of the Roses and the Tudors.

I also recommend any of Alison Weir’s books about the Tudor history if you want to get some great Mother’s Day gifts. Weir is one historian who I follow on Twitter and Facebook, and I’d love to get to visit one of her events (if only I lived closer to where most of them are!). She has written a range of non-fictional books on the different parts of the time period. I’ve read The Six Wives of Henry VIII and The Lady in the Tower: The Fall of Anne Boleyn and love both of them. They go into enough detail to learn so much about the six wives, but not so much that it gets boring and is drawn out.

It's time to enter the world of fantasy within the Tudor court.

Of course, there are plenty of fictional tales surrounding this period. For those who don’t know, Philippa Gregory is one of the big names but I really don’t recommend her books for Tudor history lovers. Personally, I find that she takes too much artistic license by changing the history to fit her preferred storyline.

If you want a truly fictional “what if” story, I do recommend Laura Andersen’s Boleyn triology. She sets her stories in a world where Anne Boleyn did have a son, and it is all about the reign of Henry IX. Don’t do what I did and buy the wrong book first! The Boleyn King is the first one and The Boleyn Deceit the second!

For those who prefer the Elizabethan period, C. W. Gortner has written The Tudor Conspiracy: A Novel. It is actually set in the reign of Mary I, but it is part of the Elizabeth I spymaster chronicles that he has written. It’s full of intrigue and suspense, so great for the thriller and mystery lovers as well as Tudor lovers.

Victoria Lamb has another novel that is set in the time of Elizabeth I, The Queen’s Secret. This one really is during her reign, and surrounds Robert Dudley’s love of Elizabeth but relationship with Lettice Knollys. The Queen decides to hire a spy, who finds out that there is a conspiracy in the court to murder the Virgin Queen.

It doesn't all have to be about reading. Let her show off her love for the time period.

Jewelry is a popular idea when it comes to Mother’s Day gifts, and the good news is that there are plenty of options when it comes to Tudor ideas. Zazzle is a great place to shop for different styles of necklaces, rings and earrings.

For Henry VIII’s six wives fans, there are a range of necklaces available. I love these round necklaces, and they’re made from durable metal. The benefit of silver plated necklaces is that you can keep the cost down, but you can get the same portrait in a range of designs through the Zazzle store. There are even lockets available. This necklace is also available with the portraits of all the Tudor kings and queens.

If you’re after just a Tudor style, then this ring below is a must-have. It is made of sterling silver, and has a real pearl inside it. I love the pattern around the pearl. It reminds me a little of the crown ring used in The White Queen when Elizabeth Woodville marries Edward IV. There are other pearl items available, but this is the only one with a real Tudor period style.

What about clothing or just simple cards?

Some fans like to see their passions in other ways. If you’re not a gift giver, why not consider getting your mother a simple card with the six wives on? There are many options around, whether you want all six wives, individual ones, or you want to see them next to their respective children (well, the first three wives anyway),

T-shirts are a popular option, mainly because there is so much detail that can be added to one. Zazzle has plenty of t-shirts with photos and quotes on them. Some fans have opted for a Twilight take by having “Team Boleyn,” “Team Aragon,” and others. Most people have a favorite wife for one reason or another. However, you could opt for one of Queen Elizabeth I’s most famous lines “I will have here but one mistress and no master.” The Zazzle t-shirts are Hanes ComfortSoft, which means they’re super comfortable to wear, whether you want to wear it to bed or while out and about. They’re also available in different colors to suit different styles and tastes.

Throws and pillows are popular options too. It just depends on the type of interest your Tudor fan has. Does she like the six wives, the Tudor dynasty as a whole or just one particular monarch?

Why not make this year the year you get something from the heart for your Tudor history fan? There are so many ideas for Mother’s Day gifts, and she is bound to love any of them. Choose a specific part of the Tudor period that she loves the most and do some digging. You’re bound to find the perfect item within minutes. 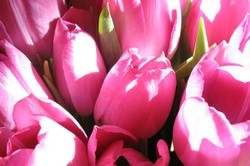 By Mira at Wizzley. Some gift ideas for your writer mother on Mother’s Day, including some less common custom-made gifts, wrapping paper, and various quote coffee mugs.
61%  10   4 Holistic_Health
Gifts for Mom