My Life Didn't End when I was Diagnosed with Bipolar Disorder I . . . It Got Better

Here's my story . . . I have always struggled with depression and anxiety for as far back as I could remember. The climate in my house was always one of tension; it was a very dysfunctional household to say the least. My father that now has been diagnosed, and is being treated for bipolar disorder, was verbally abusive, and cruel before he was medicated. My mother, sister, and I all suffered his wrath on a daily basis. He was paranoid; he constantly thought that any discussion in the house was about him. I can remember him breaking things in fits of anger, screaming, and isolating himself for entire weekends. It never failed that he would intentionally start a fight at the dinner table every Friday night over some trivial matter; so he would have and excuse to stay in his room all weekend. This is only the beginning of my family's journey with this disorder.

My sister is also bipolar with schizophrenic tendencies. Growing up with her (she is six years younger) was very difficult, and is still challenging to this day. She, like my father always thought that any conversation she was not involved in was about her, and that there was a conspiracy against her. She like my father was verbally abusive to my mother, my father, my grandmother, and me. We all lived in the same house; so when either my father or sister went on a tirade, we all had to suffer. There were times when my sister would tell me horrible things, and it hurt my self esteem. I am still dealing with abuse issues that I endured while living with my sister and father. And I had my own issues growing up; I always felt depressed and nervous. What made matters worse, was seeing my mother break down because of all the chaos, and be riddled with anxiety thanks to the constant upheaval at home.

My grandmother and grandfather lived in the same house with us; they lived downstairs. My grandfather, grandmother, and my mother are/were the only people in the house who were not mentally ill, but they were still compassionate. If it wasn't for my grandfather being so positive and uplifting, I think I would not have made it to the age of thirty. He was more like a father to me because he and my grandmother watched me while my mother was at work. My mother had to get a job when I was around one year old because my father left the house temporarily, and left her with no means of financial assistance. Growing up with my grandparents was the best thing that could have happened. They helped me to gain some self-confidence, but I still have trouble with self-esteem issues to this day.

My home life with my mother, sister, and father was extremely difficult to endure. No one was aware that they had Bipolar I until about four years ago, instead we were being treated for depression and anxiety. All three of us were being medicated for the wrong illness. Bipolar disorder is not the same as depression; it's much more complex. I never thought I had bipolar disorder until I got very sick two years ago.

Now keep in mind, even though I had always had mental illness issues, my family is old school Italian; so mental illness is typically not recognized as being "real," and is rarely discussed. So, I was never medicated as a child, and I had never spoken with a counselor. I was expected to overcome my problems on my own because no one realized (some were in denial and some were clueless) that I was struggling.
In retrospect, I still don't understand how I got through grade school and high school, especially because school was a major trigger for my anxiety. Going to college was a terrifying thought because it would be another uncomfortable social setting; I hated being around people or being noticed.

However, when I went to college things changed. I met one friend who was very outgoing, and she basically forced me to overcome my shy ways by putting me in situations that would normally cause me social anxiety, such as parties, etc. After meeting this very social friend in college, who I will call Mary, things changed. Within the first year, I went from being morbidly shy to becoming someone who was going out constantly, and being able to talk with others without having an anxiety attack. I was drinking, not eating, smoking, getting little sleep, trying and falling in love with weed, etc. Looking back, I probably should have seen that this dramatic change in my personality was very unusual, but I just chalked it up to the "college experience" and growing up; I didn't realize I was self medicating. In addition, to being much more social, I also allowed my grades to slip.

I graduated 5th in my class from high school with a nearly perfect GPA. I was valedictorian of my eighth grade class. Now in college I went from having a 3.9 GPA 1st semester of freshman year, to having a 3.3 GPA at the end of the second semester. Now a 3.3 GPA is good, but it is not what I am capable of doing; I had always taken school seriously. My grades dropped because I started to date, get involved with drugs (no hardcore stuff), and drinking excessively. I barely slept because I wanted to be out having fun. My whole life prior to this point was filled with overly strict rules and expectations; so I now took advantage of my new freedom. This new freedom included making poor choices with men, whether dating them or just for a casual encounter. The drugs and alcohol were used as a means of self medicating; they helped to numb me and to stay in the now, where the uncomfortable aspects of home couldn't reach me.

I partied and lived in excess for about five years. By the time I had started my new job, I cut myself off from everyone but my sister, in an attempt to straighten out my life. I would come home from work, and we would have the same routine everyday. We would smoke weed and cigarettes, and drink from about five til seven o'clock. Then, we would go in, over eat, stay up late and go to bed. So I didn't straighten my life out, I just changed the scenery from parties to my house. My sister has always been a leech and has never had a job; so the sleeping wasn't an issue for her, but it eventually caught up with me.

The breaking point came when my father tried to kill himself, about five years ago, by overdosing on sleeping pills. I had always held a grudge against him for mistreating my mother, and I could not bring myself to go the hospital to see him. He recovered, but that was when he was finally diagnosed as Bipolar I. To him, this was the worst thing that could happen. What if other people found out? Would he ever enjoy things again? His life was over in his mind. He has had a hard time coming to grips with this. He feels that there is a stigma associated with Bipolar disorder, and he's right to some degree. I have noticed over the past ten years or so that whenever a person acts very moody, people often say they are "Biploar." The sad part is that if you have Bipolar disorder, find the right medication combination, and stay away from drugs and alcohol, you can live a happy life.

I did not realize what a struggle Bipolar disorder could be until I was diagnosed with it about six months after my father's diagnosis. I had to take two and half months off from work because my socially anxiety suddenly went totally out of control. In the beginning, before I spoke to my current doctor and therapist, I didn't think I was mentally ill. I knew what depression and anxiety felt like, and this was not it. My mind was racing, I was constantly in a state of panic, I felt uncomfortable in my own skin, and right before I went to see the doctor, I had convinced myself that I was possessed because I felt like something else had taken over my mind. It was the most frightening experience of my life because I felt helpless and completely out of control.

Fortunately, I found a place that had a great counselor and psychiatrist. They switched my medications around a couple of times over the two and a half months, and by the time I went back to work, I was feeling better than I had in my whole life. That gray cloud finally stopped looming over my head, and I was happy to wake up each day. These were feelings that I was not familiar with even before the bipolar diagnosis. I have continued to take my medication religiously, go to counseling, and stay away from drugs and alcohol since I started treatment. It's a bit of a sacrificed, but it's worth it to finally have peace of mind and confidence in my mental stability.

Having a good "support system" is also important. Friends and family that know you well should tell you if they think you may be lapsing into a manic or depressive state. Fortunately, I have several friends, and family members, as well as my husband to help me.

Many people think that if they have Bipolar disorder that they will never find a companion or a spouse.
That is far from the truth. If you are receiving treatment, you will be acting more reliable, etc; so it actually makes more sense that your chances of finding companionship have increased. Remember to always be yourself, be honest, and remember, you have worth too. You are not damaged goods, or a burden. Being Bipolar can make you more compassionate and understanding, which are wonderful qualities. If you are married and you are struggling you should consider therapy to help educate your spouse. Just hang in there, and don't listen to the words of people who don't have a true understanding of Bipolar disorder.

How to deal with Bipolar (Mood) Disorder

There is Hope! Bipolar Disorder can be difficult to deal with, but with the ...

What is Mood Disorder in Children?

Children with mood disorder do not respond to the “normal” ways of parenting.... 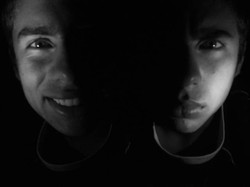 How to deal with Bipolar (Mood) Disorder 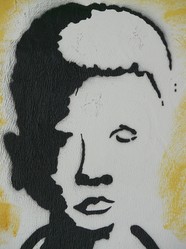 What is Mood Disorder in Children?

Children with mood disorder do not respond to the “normal” ways of parenting. What can you do to effectively parent a child with a mood disorder?
Loading ...
Error!