Planting or growing native plants can help to control invasive plants in numerous ways. This article outlines the main mechanisms through which this takes place.

There is widespread and growing awareness of the need to control invasive plants in order to protect ecosystems, and to some degree to protect human endeavors (as invasives can threaten agriculture, pose health threats, or damage natural resources on which people depend).

However, most people don't realize the ways in which merely planting native plants can help to control invasive plants. This article explores some of these ways. Hopefully it will convince you that gardening with native plants is a good idea!

Growing native plants can shift the balance of plants away from invasives and towards natives, thus protecting and restoring ecosystems.

In the wild, plants compete with each other for limited resources such as sunlight, water, and soil nutrients.  When you plant native plants in your garden, you provide a seed source that will help these plants to spread out into wild areas.  This can have the biggest impact when you live directly adjacent to wild areas, but even if you don't, you can grow plants with wind- or bird-dispersed seeds that are able to travel a long distance from the parent plants.

Even a single small garden, or a small cluster of plants, can make a huge impact.  For example, when I grew Rudbeckia hirta, a black-eyed susan species native to my area, I planted only five plants, and within one year I noticed that many of the plants coming up in cracks in the sidewalk were now this species, rather than the invasive common plantain (Plantago major), Canada thistle (Cirsium arvense), or Prickly lettuce (Lactuca serriola).  I also found that growing a few Common evening primrose (Oenothera biennis) plants also changed the balance of weedy plants in the surroundings.  The effects of large-scale plantings can be tremendous.

This book emphasizes the importance of gardening with native plants.

Native plants can inhibit the growth of invasive plants through chemicals.

Direct competition is not the only way through which plants can hinder each other's growth.  Many plants produce chemicals which inhibit the growth of other plants.  This phenomenon is called allelopathy.

Plants are not equally effected by the allelopathy of a particular plant.  Plants co-evolve to tolerate each other's allelopathy, growing together in plant communities.  Allelopathy is common both in native and invasive plants.  People often think of allelopathy as one of the reasons why invasive plants become invasive, as the plants in the new region are not adapted to their particular blend of chemicals.

Not only will allelopathy help these plants to hold their own against invasives, but as these plants get established it will help shift the balance of plants back towards the native species with which they co-evolved.

Planting closely-related plants can increase the likelihood that specialized insect herbivores will jump host and begin to eat invasive plants.

Many invasive plants have close native relatives.  Although initially, many invasive plants are eaten by few or no native insect specialists, there is a phenomenon in which insects "jump host", from one plant to a new plant that they did not previously eat.

An example of this, the Ailanthus webworm moth is a moth native to South Florida and the American tropics, which originally ate trees of the Simaroubaceae family, such as Simarouba glauca and Simarouba amara.  The Ailanthus altissima tree, or "tree of heaven", was introduced into North America from East Asia, and it became invasive, spreading throughout the continent.  Ailanthus has rapid growth and is strongly allelopathic, and these two factors combine to result in it causing extensive harm to some ecosystems.

Although few native insects originally ate the Ailanthus altissima tree, the tree is a member of the Simaroubaceae family, and where its range came to overlap with the native trees of this family in South Florida, the Ailanthus webworm moth jumped host, and started eating the Ailanthus altissima trees as well.  This moth has now expanded its range far north into North America, following the distribution of the invasive tree, and under certain conditions it can hugely limit the growth of these trees, sometimes even killing full-grown trees.

Attracting Insect Herbivores Through Providing Nectar Or Other Food

Flowers can attract herbivorous insects by providing nectar for butterflies and moths whose larvae eat plants. Native plants in general can support generalist herbivores too.

Most herbivorous insects do not depend only on a single species for their survival, but rather, utilize different plant species throughout their life.  Many insects feed on different plants in their larval form and their adult form.  For example, butterflies and moths typically eat leaves or other plant parts as larvae (caterpillars), and then as adults they often drink nectar from flowers.

Another way native plants can help control invasive plants is by providing support for insects in one part of their life cycle, which would eat invasive plants during another stage of their life cycle.  As an example, planting Rudbeckia laciniata and Solidago sp.  in an area where Ailanthus altissima is growing, can attract the Ailanthus webworm moth, which is attracted by these flowers and supported by their nectar in its adult form, and once the moths are in the area (and are well-fed), they will be more likely to find Ailanthus altissima trees and lay their eggs on them.

Having a diversity of native plants can also attract and support generalist herbivores, which will often feed on invasive plants as a part of their diet.

4 Common Mistakes When Removing Invasive Plants
Four common mistakes people make when trying to remove or control invasive or weedy plant species.
Updated: 05/27/2016, cazort
Thank you! Would you like to post a comment now?
3

Pelargonic acid performs well with ground elder, and as it is a plant extract it is officially organic.

Thanks. The Romans introduced ground elder into Britain as a pot herb some time in the early first millenium, and it was eaten until parsley took over in the eighteenth century. It tastes nice, but in a garden it runs wild. I am now finding it my number one weed problem.

Oh yes, I forgot you're in Britain. Aegopodium podagraria is native to Europe, it's probably not as damaging where you are, I don't know whether or not it's native to Great Britain or not, I know because it's an island there is a lot of stuff that was introduced there from the mainland.

I don't know much about the native plants of the UK so you'd have to find another resource for there.

I definitely don't recommend any of the native plants from North America because many of them can become invasive in Europe.

Thank you, this is great information.but I would have to consider whether these would be suitable for growing here in Britain, as they are American species. So you have given me much food for thought.

Ground elder, also called Bishop's weed or Goutweed (Aegopodium podagraria) is really hard to get rid of. However, I've found numerous native plants that can successfully out-compete it. My parents had it in their yard and they found golden ragwort (Packera aurea) can out-compete it. It's semi-evergreen so the leaves are fully formed and dense before the ground elder can sprout. Also if there's a little more light, you could try Monarda didyma, I've also seen that out-compete ground elder. A more closely-related plant that I've seen competng with it in the wild is Cryptotaenia canadensis, or Honewort. Honewort does not spread by runners but rather, spreads by seeds, and its seedlings are more shade tolerant than the seedlings of ground elder. It also eventually grows taller...so if you periodically thin out the ground elder, it will eventually get shut out by the honewort.

Two other species I've seen competing with it in gardens are wild ginger (Asarum canadense), which is slow growing but can form a dense cover, and mayapple (Podophyllum peltatum) which is ephemeral but often shoots up taller than it initially, at least under the right conditions. I hope you find that useful!

A very informative article. As some of you may know on my allotment I have a problem with an invasive species brought in originally by the Romans, ground elder. I cannot be rid of it, but this article on allelopathy has given me ideas for control.

Well done and well researched. I learned a new term Allelopathy - thanks! We all need to plant just a few and just think how beautiful our yards and parks can be.

Why Native Plants? The Advantages To An All Locally-Native Garden

Gardening with plants native to your local region has many advantages, includ...

Four common mistakes people make when trying to remove or control invasive or... 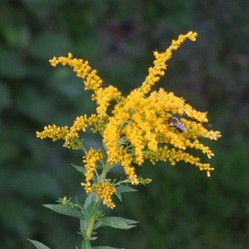 Bringing Nature Home: How You Can Sustain Wildlife with Native...
44%  7   3 cazort
Organic Gardening 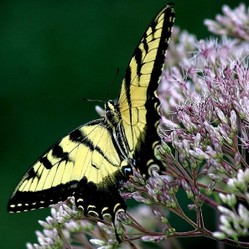 Why Native Plants? The Advantages To An All Locally-Native Garden

Gardening with plants native to your local region has many advantages, including minimizing care, and helping to preserve and protect biodiversity in surrounding ecosystems.
33%  2   4 cazort
Weeds 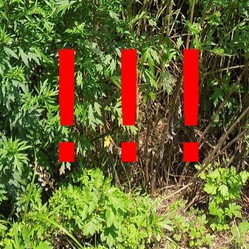