Nearly A Victim Of A Child Molester

Unless your Mom and Dad told you about these kinds of people as a child, you would not know how cruel some adults can be to innocent children.

My Mom and Dad did not discuss the subject to us. All they would tell us is "do not talk to strangers" and "do not get into a car with a stranger". And that is where the education would end. Please realize the time was the late 1960s-early 1970s where innocence blossomed.

The only thing we had to worry about was if we did something wrong, would our Parents find out. We were safe in the neighborhood where you knew almost everyone. If a stranger saw us playing in the yard some would smile or say "Hi" and keep walking, while we warily eyed him or her until they were out of view and then we went back to our fun. We stayed close to home or we had friends to watch each others backs.

Lied To My Parents Where I was Actually Heading To

I was 11 years old.  Every Sunday I would go to Ala Wai Field which was only a block from our place to watch baseball.  There was an amateur league called the American-Japanese Association (AJA) and two games were normally played that day.  My Parents would always give me money to spend on refreshments so this Sunday I was given five dollars.

What my Parents did not know was on different Sundays instead of watching baseball I would go to Ala Moana Shopping Center.  I made sure I was back at Ala Wai Field before the second game was over so I could find out the scores in case I was asked about it.

On this particular Sunday I went to the shopping center, five dollars in my pocket and I headed straight to a place within the Center called Keiki Land.  Keiki is Hawaiian for 'Child'.. Keiki Land was an amusement center where they had small rides for toddlers and games for older kids.  I wanted to make sure I had enough for candy afterwards so I changed the bills for quarters, two dollars at a time..  The cost of playing a game was 10 cents and 3 plays cost 25 cents.

It did not take too long before I ran out of money.  I left Keiki Land and since I wanted candy I decided to go to Long's Drugs store where I knew they had candy.  How was I going to pay when I had no money??

Out Of Money And Desperate

I decided to do something I never ever did before, I resorted to shoplifting.  During those days there were no security cameras or alarms at the exit so if you were really sneaky you could actually get away with it.    Long's Drugs was set up so the aisles were long but not wide so it was kind of easy to look at both sides of the aisle and then quickly stuff the candy in your pocket.

The store had a long mirror on the side of one wall so if employees looked at it, it would reveal if someone was stealing.  I always thought there was someone on the other side, similar to a one way mirror.  I started my illegal quest for candy.  Stuffing a Milky Way and then a 3 Musketeers bar in my pocket while looking back and forth.  I would leave the candy aisles and a minute later return and take a little more.  After I stuffed the last bar of candy in my pocket I turned and saw a man staring at me.

Oh-Oh Did I Just Get Caught Shoplifting??

I panicked.  He did not approach but just stood there watching me.  I was kneeling down so I slowly got up and started to walk out of the store.  I stopped at a railing outside and thought to myself, "he can't be an employee so who was that?".  All store employees wear matching uniforms but this guy was wearing a t-shirt and faded blue jeans.  I was just about to walk away from where I was standing when I happened to look to my left and there was this man, standing next to a railing not 30 feet away (about 10 meters) staring at me and a little smile on his face.

At this point I was terrified.  For some reason though, I did not panic like I did before.  I stood there and thought what should I do.  All this time I was thinking to myself, 'what does he want", why is he doing this to me", how can I shake this guy and get away".

I decided to walk into the store next door and I started to zigzag through the aisles.  As I was doing this I kept looking back to see if he was following and I got scared when I saw him trailing right behind me.  The stores at the Center was set up where you had 2 ways to enter and exit the store.  The main entrance was through the mall and exit on the other side leading you to the parking lot.   I picked up my pace and exited the store and went back into Long's Drugs and without looking back I exited on the other side and went into the store next door.  I was walking in a circle.  While in the store next door I carefully lifted my head and looked out the huge plate glass window and I spotted him outside turning his head back and forth.  I said to myself I better get out of there so I exited the store from the other side and quickly walked back to Ala Wai Field.

I Know I Should Have Called The Police But.....

Once I got to there I pulled out a candy bar and slowly ate it all the while thinking what just happened.  Why was this man after me??  What would have happened if he got his hands on me??  I was confused.  My Parents never told me about people like this.  What was his motive??  I never went to the Shopping Center again for a long time after this incident and I never told my Parents about it.  Here I was, 11 years old  and my Mom and Dad thought I was at a ball game and all this time lying to them.  I know if I told them my Dad would have gotten his belt and I would have been whipped and then the Police probably would have been called and then how do I explain the stolen candy??

I Regret My Decision To This Very Day

Looking back at it today I truly regret the decision I made, not telling anyone what happened to me.   I know now that I would have probably been taken to a secluded spot or maybe to his place and molested or even sexually assaulted.   This thought still scares me today even though this incident happened over 40 years ago.  Believe it or not I can still describe the man.  He was in his early to mid-20s, long shaggy black hair, scraggly beard and moustache, about 5 feet 7 inches ( 1.70 meters) and wearing a light blue t-shirt and faded blue jeans.

I really regret my decision to keep silent cause I know I was not his first victim or his last.  Although I will never know his victims, I truly apologize for my actions.

Today you have all kinds of support for sexual abuse victims and victims of molestation but back then I really don't know if there was any.  I don't blame my Parents for not telling me about men who actually prey on boys.  Maybe subconsciously they did cause something inside of me clicked and I made the decision right then and there to get out of there.

This is a true story.  It actually happened to me and this is the first time I am actually talking about it in hopes someone will read my story and know that they are not alone.  If you are a victim tell a good friend or a Parent or trusted relative about your ordeal and seek out support groups whether it is online or in person.  Nothing will ever take the pain away but this way you can cope with your feelings and enjoy life again.

How to Help Kids Overcome Fear of Monsters

Teach kids to cope with their fear of ghost, monsters, the dark and real life...

Teaching the kids the art of metal detecting

Metal Detecting is a great pastime, and can be used with children to instill ... 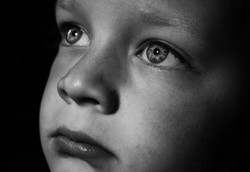 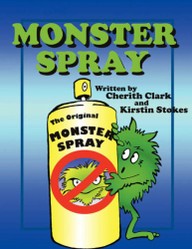 How to Help Kids Overcome Fear of Monsters

Teach kids to cope with their fear of ghost, monsters, the dark and real life fears created from media and current events. End your child's fears and give them peace of mind.
13%  0   1 caniwi
Talk with your Kids 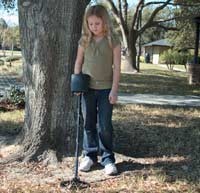 Teaching the kids the art of metal detecting

Metal Detecting is a great pastime, and can be used with children to instill some great work ethic skills.
Loading ...
Error!