Northwest Coast of the USA - From San Francisco to Vancouver, Canada

When people talk about their favorite route on the American Pacific Coast, most of them think of the trail between San Francisco and Los Angeles and they forget the northwest.

Less known, but no less enchanting, is the route on Highway 1 along the Pacific Coast from Northern California through the states of Oregon and Washington right up to Vancouver in British Columbia, Canada. In addition to the beautiful and wide-ranging panoramic views along the coast, the trip goes through the very impressive cities of Portland in Oregon and Seattle in Washington. So follow me on my trip through one of the most beautiful areas in the United States. I travelled this route twice when I visited my family and friends
in California.

After stopping over in San Francisco, the journey starts northwards over the Golden Gate Bridge in the direction of San Rafael to the Muir Woods National Monument. It is famous for its giant trees, some of which reach over 40 meters high, which provide a very pleasant shaded forest climate especially in the hot summer months and can be enjoyed in a one-hour tour. Afterwards, Highway 1 continues along the coast to Fort Bragg. Unlike Southern California with its huge beaches, a cliff landscape prevails here that is repeatedly broken by small beaches.

In the old fort city of Fort Bragg a journey with the Skunk Train leads through the forest towards Willits. After a journey of a good three quarters of an hour it is possible to leave the train at a stop for a picnic and then travel back afterwards. Good food and a delicious beer can be found there in the North Coast Brewery. Mendocino lies on the route further to Eureka with white shingle houses reminiscent of a small fishing village in New England, and which has sometimes been used as a film set.

The route further north then comes to Eureka, the largest Californian harbor north of San Francisco. The old Victorian villas of the old timber barons, such as Carson Mansion, are especially worth seeing. Whoever wants to spend time here should drop into the Lost Coast Brewery, one of the microbreweries on the western coast of the USA.

The next highlight on the way to Oregon is the Redwood National Park which offers and impressive drive over a small road lined by giant trees. The climax, though, is an ancient redwood tree with a trunk carved like a gateway which gives enough room for a small bus to pass through.

When crossing the border from Northern California to Oregon, the climatic change is also quickly noticed with markedly lower temperatures similar to Central Europe. The most spectacular section of the coast in Oregon lies in the south, such as between Brandon and Florence where the Oregon Dunes extend for approximately 20 kilometers; this is a huge dune landscape that can be sped through with a rented dune buggy, or the opportunity can be taken simply to stroll along the beach. 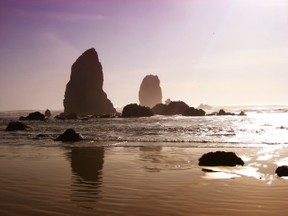 It’s also worth spending a little time in other small towns such as Florence, Tillamook or Canon Beach with the Haystack Rocks. In the Tillamook Cheese Factory you can then buy some cheddar cheese, bread, and a bottle of Oregon wine and drive over the Three Capes Scenic Loop to the coast for a relaxing picnic at Cape Lookout. Or delicious specialties can be found in the charming restaurants famous for their fish specialties dotted along the coast.

The border to Washington State on this route is crossed at Astoria on the bridge over the Columbian River. The highway then leads close to Mount St. Helens towards Seattle, the large city in the northwest of the USA. The Space Needle with a height of 184 meters characterizes the Seattle skyline. When the weather is good, its observation deck offers a beautiful view over the city right up to the snow covered peak of Mount Rainer. The covered Pike Place Market or the Seattle Aquarium and the Klondike Gold Rush National History Park are other sights worthwhile to include in your itinerary.

In the Southwest of Canada the journey then comes to the most beautiful city in the country: Vancouver, British Columbia. Downtown Vancouver lies on a peninsula surrounded by fjords. The best view can be found from the Lookout tower above the Harbour Centre. Downtown is captivating with a design of glass fronts and waterfalls that bring a light into the city that is not blessed with the same sun as the Californian cities. 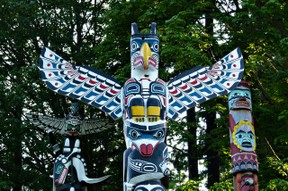 One highlight is the central Stanley Park that can also be explored best with a bike tour. The totem poles and the nearby Vancouver Aquarium should also be seen as they offer wonderful views of the city skyline. Downtown Gastown and China Town are examples of other attractions. A leisurely dinner with sunset scenes can be enjoyed in, for instance, a nice restaurant at English Bay. A further highlight is a daytrip to Vancouver Island. In the beautiful island city with attractive architecture the question raises itself: “Where am I in fact?” Everything looks “very British”. At least three days should be planned for a visit to Vancouver.

Back through Oregon and Northern California – Back to San Francisco

Whoever wants to travel a little faster for the return trip to San Francisco should take the expansive wide Interstate 5 to the south. It is possible to make a short detour to Portland, Oregon. On the bank of Willamette River with a view to the snow-capped Mount Hood. In the city where Nike grew up, it’s worth making a visit to the Pearl District with its art galleries, to the Yamhill District, and to the greenery in Waterfront Park. 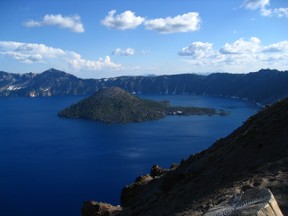 Further south, just before the border to California, is Crater Lake that came into being following a meteorite impact thousands of years ago. The water here lies several hundred meters below the panoramic road around the lake and offers an extraordinary sight of the island in the middle of the lake. The route back to Northern California then goes past the prominently visible Mount Shasta and Lake Shasta, which also always provide a beautiful backdrop for a picnic before driving back to San Francisco.

There is certainly much more to see on this tour, but the program described here can be well covered without stress in approximately two to three weeks. The experience will definitely be a pleasurable change between coast and mountain panoramas, in addition to four fantastic cities.

That cap cloud on Mount Rainier is stunning. I have to get that way soon.

Working at Disneyland many years ago I learned a lot about the park. In this...

Stephen Fry in America. Stephen Fry, His Book, and His Take on...

Who is Stephen Fry? I’d say he’s a super cool nerd. He knows his literature, ... 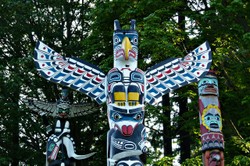 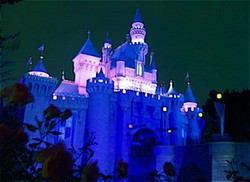 Working at Disneyland many years ago I learned a lot about the park. In this article I reveal some things for you to think about next time you go for a visit!
78%  10   7 Mira
California 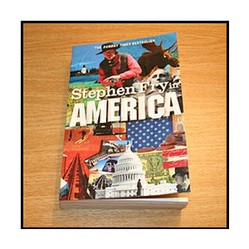 Stephen Fry in America. Stephen Fry, His Book, and His Take on California

Who is Stephen Fry? I’d say he’s a super cool nerd. He knows his literature, has quite a few acting chops, and loves America and dry, wry, and slapstick humor.
Loading ...
Error!