Ocean Living, Below the Surface

Exploring the possibilities of humans living below the Ocean's surface in the near future. We are presenting the logistics and some of the super- dynamics of this endeavor!

Imagine if your home was constructed of materials, capable of providing you and your family, with the ability to live below the surface of the Atlantic ocean, or any ocean for that matter. Now this may sound really far-fetched, but perhaps not as distant as you think. The international space station is nothing more than a hotel in outer space. Many of those same technologies that brought that project to fruition, may apply to this underwater endeavor as well. I'm an ocean lover, and have fantisized about this concept each time NASA has advances within the realm of the "space race". So this page will examine the "ways and means", that such an incredible underwater life-style may someday exist!!

Living below the surface of the sea isn’t just for fish and other water creatures. Humans residing in underwater-homes may become the norm. If fact in various locations worldwide, foundations are being created. There is a hotel in Dubai, a resort in Fiji! Israel boast a "below the surface" restaurant, and another restaurant on Rangali Island. To date, living in an underwater habitat, has only been done in rather short periods of time. One would either live on submarines, or visit the underwater hotels and restaurants. However, more permanent habitats are being planned, such as the Challenger Habitat off the Florida coast.

Living In the Abyss!!

Visualize if you can, human dwellings below the surface of the sea! Sound ridiculous? Well, there are many of us that have wondered about this concept for a long time. Perhaps if I were a marine engineer, the realities of bringing this dream to fruition, would be daunting enough to set this notion aside. Let's consider that when the Wright Brothers visualized human flight, they had little to no idea about how to make this happen. Yet they persevered and took us into the sky. About eight months ago, I read an article that touched on this concept at it's surface (pun intended), I'd liked to go deeper!!!

Obviously, the primary concerns, relate to the safety issues. Can we co-habitat with ocean-life? Without turning to the experts for some of these obvious answers, let's contemplate what we know. SCUBA diving continues to get safer, diving without tanks, utilizing new technologies, that already exist. You can get your morning exercise, take a swim around the neighborhood, with the kids. We also know that sea-life and plant life, appreciate stationary objects,  to set-up their own residencies. What about waste disposal and the like? We know that the technology already exist, for effectively addressing these issues. Submarines are capable of staying submerged for months at a time,  with over 120 people on board.  Would the dwelling be stationary? Answering this question will require input from the experts, and we'll address that issue later. I suppose getting to and from home, commuting, may present another matter that must be resolved. I've already seen submarines that are a fraction of the size of military-issued models. Therefore, submarines that accommodate six to eight people and their provisions would be adequate. A slight "spin" on the subway system!!. Necessities such as food, can be sent through pipes to the structures. Power would be provided via batteries or umbilicals.

...Living permanently underwater does not mean the residents cannot return to land. The plan is for those residing in an underwater-home community, to commute to work. However, as science and technology continues advancing at this rapid growth rate, living beneath the surface may be some folks permanent residence.

Living at Sixty Feet Below.

As I began researching this endeavor, I've come to learn that NASA is way ahead of me. Since 2006 they have been housing astronauts, scientists, and engineers in an underwater research station, called Aquarius. This work station sits off the coast of Florida, at sixty feet below the oceans surface. The idea, as you might imagine, is to simulate the environmental conditions, that astronauts may encounter in outer-space. NEEMO's (Nasa Extreme Environment Missions Operations) rest less than 4 miles off the coast of Key Largo, Florida.  It's in a stationary position in the National Marine Sanctuary. NASA conducts a large number of valuable test, to determine how the human body will respond to this radical life change. The "aquanauts" as they are dubbed, train to experience living on another planet, or even the moon!  One concern that NEEMO's been observing, is the effect that gases, (oxygen) may have on the body, over a prolonged period of time. I suppose getting the answers to such issues, may take years of testing and observations. However, this study is nearly seven years old, and I suppose, they can already answer many of these questions.

Although there are many types of habitats that have been designed for people to live on, for extended periods of time underwater, the designs operate in two different ways. First, there are structures closed by using hatches. The internal pressure with this structure is less than the ambient pressure. Entry and exit are through hatches and airlocks. The other is a moon pool (also known as a wet porch) that is open to ambient pressure. The air pressure inside the structure is equivalent to underwater pressure at the same level. The units are well insulated to help hold in heat.

....Those who have lived underwater so far, have done this for fairly short periods of time. However, it has been done successfully as early as the 1960’s. Jacques Cousteau’s team did research in the Conshelf research stations beginning in 1962. Other successes include SEALAB (U.S. Navy), Tektite, Hydrolab, Aquarius and MarineLab on Key Largo, Florida. MarineLab is used for training, education, observation, and research. It is located next to the Jules Verne Undersea Lodge (the former La Chalupa research laboratory) which offers movies, books, a kitchen that includes a fridge, microwave.  There is even pizza available, delivered by a diver.

If you had to choose one, living on the "space station" in orbit, or a home below the surface in the abyss?

Ready To Move In?

Living Room With an, Aquatude!!!

a must be cool to live under the sea, I'm there!

Yellowtail Snapper are some of the tastiest fish in the ocean. Catching these...

For years we have heard how global over-fishing has been depleting fish stock... 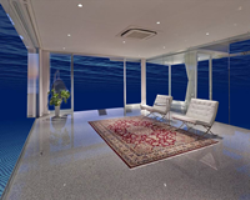 Yellowtail Snapper are some of the tastiest fish in the ocean. Catching these fish can prove to be really tricky, until you learn the technique of flat-lining.
18%  1   2 earnlat
Other Diet & Nutrition 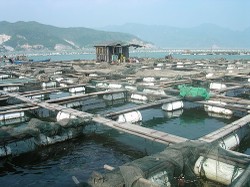 For years we have heard how global over-fishing has been depleting fish stock of many species of fish in our oceans. How can we as a global society address this problem?
Loading ...
Error!