An outline of the options you have when faced with the task of buying a pushchair, stroller, or buggy to accommodate either a newborn with an older baby or toddler, or twins.

The Phil & Teds double pushchair is suitable for many surfaces and for use in shopping centres, streets, and along the road.

This guide will outline the options you will have when faced with the task of buying a pushchair, stroller, or buggy to accommodate either a newborn with an older baby or toddler, or twins. There are initially two different styles of pushchair to choose between – they are the side-by-side double or the one behind the other tandem. Modern versions of the tandem include one under the other, rather than behind, making the overall pushchair smaller and therefore easier to manoeuvre.

The best sellers, how they rate, how much they cost and where to buy:

Phil & Teds is probably the best-known stroller for accommodating two children. It claims to grow with your family, so you can use it with just the one child, and then adapt it when your new baby arrives. This pushchair has three wheels for easy manoeuvring and is designed so that your newborn can be placed in a carry cot, car seat travel system or second stroller seat, on either the top or bottom of the main seat, at the front or rear. As such there are many combinations.

The Phil & Teds comes in four unique styles – the Classic, the Explorer which makes travelling off-road easier, the Vibe, which has a “follow the sun sunhood” and the Verve, which is easy to fold, and each of these can be adapted in the same ways.

See if there are any offers on this stroller

This also can be purchased online or in stores for around $500 for the main pushchair, and an extra $130 for the second seat unit. Amazon.com and eBay.com often have special offers and deals.

The Baby Jogger City Select is a similar choice to the Phil & Teds, and as such it has many of the same features. This pushchair is also three wheels. The Baby Jogger City Select also begins as a single pushchair, and has a second seat that can be added to it. It is bigger than the Phil & Teds so it is sturdier for pushing, but not as lightweight. It is a good choice for a lot off road or off-road walking.

This pushchair folds very compactly so is ideal for being stored in small spaces, and is one of the narrowest double pushchairs you can buy, so a good choice if space is an issue.

Another benefit of the Baby Jogger City Select has a very large storage basket, one of the largest of any pushchair. A wide range of accessories are also available to purchase for this pushchair too, making it very adaptable to the needs of the family.

Britax is a British company and perhaps not widely known in the US. Despite this, they have a reputable pushchair style and range, and one of these is the B-Dual, which is also referred to as the B-ready. Like the Phil & Teds and the Baby Jogger City Select, this pushchair also begins as a single pushchair with a second seat unit option.

The combination can be purchased online for around $550 and special offers and deals can be found.

Graco's DuoGlider is a tandem pushchair option for parents that require a pushchair to be as narrow as possible, in a tandem style. This pushchair is designed so that one child sits in front of the other, and the back seat lies flat, so is suitable for newborns, but the front seat is only suitable for babies once they are six months old, which means that the youngest baby usually sits nearest the parents.

One possible drawback is that when the second baby reaches an age where they want to face the world, their view is restricted somewhat by their sibling in the front. This pushchair is also suitable for twins.

This is also one of the most economical choices of tandem pushchair or stroller, being priced from $140.

The Maclaren Techno single pushchair is one of the best on the market for older babies and toddlers. Similarly, the twin side-by-side version has some very good reviews. Maclaren pushchairs are on the expensive side of mid-range, but they are designed to last, and they offer the best features, such as being lightweight, being easy to push, easy to manoeuvre over grass, roads and shopping centres and available in a wide range of colours and with several features. This is suitable for twins from birth until they reach a combined weight of 120lb, so is also one of the longest-lasting double pushchairs on the market.

This pushchair choice is available in many different colour combinations such as charcoal and silver, or dark pink circles and is among the bestsellers. It is available for around $270, although special offers and deals can be had at both online and offline retailers. It also comes with a lifetime warranty.

Strollers have come a long way. Thanks for researching some great choices.

This duo glider is so smart. I have seen them here in Sweden also!

Looks like you're doing some great research for what lies ahead. I'm sure one of these strollers will come in handy. They look like excellent quality.

Strollers sure have changed since I had my baby. They may be more expensive by they are design better and look a lot more comfortable than what my daughter had to ride in. Nice article.

Oh wow, these are so expensive. Glad I am not having any more babies! But they look so easy to push and use. Strollers have come a long way. I love reading your Brittish words such as "pushchair".

Strollers are very useful for parents most especially when we need to bring o...

Twin strollers are essential for families with twins or toddlers and newborns... 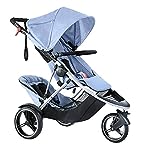 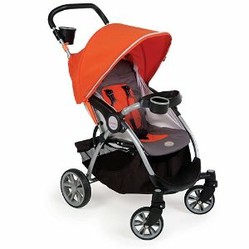 Strollers are very useful for parents most especially when we need to bring our babies outside for a walk or we need to travel.
7%  0   1 Nina
Baby Strollers 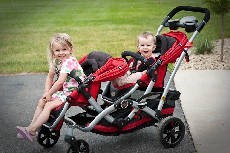 Twin strollers are essential for families with twins or toddlers and newborns. There are different brands and models of twin strollers giving parents a lot of options.
Loading ...
Error!