Collectors and numismatists often find it necessary to take photographs of coins and medals either to illustrate an article or a catalogue, or for normal records. Often an enlarged photograph of the coin, taken in suitable lighting, lends itself to examination more readily than the coin itself. Suitable photographs can be made with all types of camera.

Some form of spot-light directed almost horizontally across the surface of the coin from a distance of about 3 feet will bring out the relief. Flat lighting is useless.

The low angle of illumination naturally causes a shadow on the background at the far side of the specimen. This can be blocked out in the usual way on a large negative, but it is difficult with miniature negatives and in any case it is easier to avoid it altogether when making the exposure.

This is done by photographing all coins on a sheet of glass supported about eight to ten inches above the work-table. If white paper is then placed below the glass, the result will be a shadowless picture, and the coins appear to rest on nothing at all.

If it is desired to get a really black background, the best material to use is a special paper called flock paper. It has a short pile, a little like velvet, and it reflects almost no light. It is rather difficult to buy, but a dealer in fancy papers for display purposes should be able to obtain it.

The best advice for those who contemplate much coin photography is to standardize the set-up. Use the same lighting unit at a fixed distance and always work with the same fine-grain film and developer. Then the only things which will alter the exposure will be the amount of reduction and slight variations in the tone of the coins to be photographed.

Make a few trial exposures at various reductions with the lens at a fixed aperture and after making any necessary corrections, construct a table of exposures for each ratio of reduction likely to be used.

Depth of field is not a serious problem. Sufficient depth combined with the best definition will usually be obtained with a good modern lens by stopping down about half-way. But when copying at natural size (1:1) or magnifying, it is best to stop right down.

It is often necessary for certain details on a coin to be specially clear, for example, a line-flaw or the formation of a particular letter. Then the lighting must be carefully adjusted to show up the detail, while the image is watched on the focusing screen. To show a line-flaw clearly the light must strike the flaw broadside on. If the light is turned through 90° from this position, the flaw will be almost invisible. It might happen that two such flaws occur at right-angles to one another. Here, if the light is directed on each at about 45°, it will make both flaws at least visible, though not so distinctly as in the case of the single flaw.

If the coin is of very bright metal which scatters the light, the image on the screen must be carefully watched while adjusting the light to cause the minimum scatter.

A polarizing filter is the ideal solution in such cases; the surface of the coin itself must not be dulled as this may easily ruin its "tone". 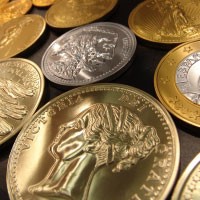 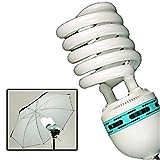