All documentaries educate, some enlighten, some entertain but only very few are powerful enough to reach into your very soul.

This page presents all the documentary movies that made me gasp, rethink my ways or simply go 'wow' (and believe me, I am a tough judge with high expectations).

They are important, they are well done, they are full of food for thought.

Have you ever wondered where does your food come from?  If your answer to this question is 'From the shop', then you really, really, really need to see this movie.

A follow-up to Eris Schlosser's groundbreaking book, Fast Food Nation, Food Inc. takes the viewer to the backstage of the American food industry.

From food contamination to genetically modified grain, from terrorized chicken growers to underpaid meat packers, Food Inc. will take you through all the horrors of food production in the US.

(Dear European readers, things are a bit better in our corner of the world, but they are changing fast, so don't feel smug)

If I were still eating in fast food joints (I quit after Fast Food Nation), I would've stopped right after seeing this documentary.

A powerful picture that changed my eating habits for good.  Hopefully, it can change yours, too.

An unusual concept - a documentary without a single word.  Despite this, the movie's message is very clear and very powerful.

Visually, Samsara is absolutely stunning.  It was filmed over five years, in locations all over the world.  All this travelling resulted in 102 minutes of enchantingly beautiful images, weaved together to form a silent reflection on humanity.

People are the main concern of Samsara - our accomplishments, monuments, cultural victories, but also society's ills (war, poverty, exploitation).  The documentary's lack of verbal commentary, surprisingly enough, acts like an amplifier to the images.  Those pictures do not require explanation.

The movie is a follow up to Baraka from 1992, created by the same people, filmed in the same way and exploring very similar concepts.  Both are worth seeing, but Samsara's imagery is more exquisite.  Twenty years of cinematic photography development did not go amiss.

Here's a movie that, although it doesn't concern me personally at all, made me spit and froth with anger.  Maybe it's the way it is put together, or maybe the topic is obnoxious enough to make anyone furious.

The documentary discloses shocking statistics about rape in the US army.  Thousands of female military personnel in America are victims of sexual assault by fellow soldiers.  What is even more shocking, most of the perpetrators escape any sort of punishment.  If the movie is to be believed, brutally raping another soldier is not an obstacle to a military career in the US army.  Military authorities prefer to hush things up and save their image rather than pursue justice and prevent further abuse.

Rape victims and their families share their stories on camera with excrutiating honesty.  The effect is overwhelming, especially when contrasted with interviews with politicians, full of the usual b#[email protected]$$t.

It appears that the American G.I.s are very far from noble heroes that Hollywood makes them to be.  Not that that's really surprising, but it's good to see someone saying it out loud.

One just wonders - if they do this to their own people, how do they treat 'enemy' populations?

The Invisible War received widespread critical acclaim and was showered with awards.  Deservedly so.

Powerful documentary no. 3 - The Invisible War

Choosing to Die is a powerful documentary about euthanasia.

Narrated by Terry Pratchett, the author of bestselling Discworld novels, it explores concept of assisted death in a direct, almost shocking way.

The documentary stresses an individual's right to choose, seriously neglected in today's legislation.  As horrible as the concept of euthanasia can seem, there are situations when it can prove a blessing.

Pratchett, who is personally concerned with euthanasia due to his Alzheimer's, actually meets people who had chosen assisted death and talks with them on camera.  He accompanies them to Switzerland, to the headquarters of Dignitas (organization helping with euthanasia) and...  Well, I can't say anymore without spoilers.  Expect to be stunned.

Choosing to Die caused quite a stir, with numerous protests voiced after the broadcast.  Despite the criticism, it was showered with awards, including Emmy for Best Documentary in 2012.

Surprisingly, Choosing to Die is not available on Amazon.

Terry Pratchett in Choosing to Die

50 Things You Can Do to Improve The World

Yes. Life is not as kind as we like to believe, not for some.
Thanks for your kind words

It's important to take a good hard look into reality and the harsh facts we so often tend to over look. :)K Great Page!

Yes, it does make you wish lynching was allowed, doesn't it?

I checked the petition out, but didn't sign it. I don't think watching any documentary would stop a rapist from doing his deed, what's needed is change in legal codes, not a movie promotion (no matter how good the movie is).

Yes, it does make you wish lynching was allowed, doesn't it?

I checked the petition out, but didn't sign it. I don't think watching any documentary would stop a rapist from doing his deed, what's needed is change in legal codes, not a movie promotion (no matter how good the movie is).

I just watched "The Invisible War". Just think, a rapist can enlist in the military and enjoy the benefits of legalized rape. Sign this petition: http://www.notinvisible.org/#_=_

Glad to be of help :) I'll be adding to the list if I find something worthwhile, but my selection process is pretty tough. You know, there are plenty of good documentaries, but only few have real kicking power.
I hope you'll like what I've shown so far.
I have a few books of similar type I would like to share at some stage, but I'm still working on enlarging the list :)
Thanks for your kind words, it's good to find a kindred spirit :)

Oh yes. Chickens (crowded chicken houses, birds being kicked around etc.) and cows in feedlots in Food Inc.. Either Samsara or Baraka (possibly both, can't remember now) have images of chicken processing too - little chicks moved along the assembly line, getting their beaks burned etc. - only a quick shot or two, but it's pretty awful stuff.

Meant to add, I hope you do more media-type recommendations in the future! Always enjoy your take on life in general and trust your judgment...

What a great list! So appreciate your going into detailed description, so that we know what to expect. There isn't one we aren't interested in seeing - and we're always looking for things to watch in the rv. Jim keeps a log of movies we want to see in the future, so adding these to it.

Smile or Die is a book by Barbara Ehrenreich. It is also a very real and cru...

Selling dreams is pretty much what today's marketing is all about. Does it w... 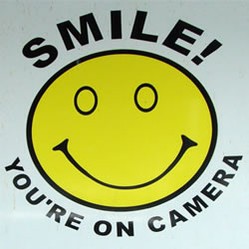 Smile or Die is a book by Barbara Ehrenreich. It is also a very real and cruel dilemma most of us are facing each day.
100%  13   15 Tiggered
Other Marketing 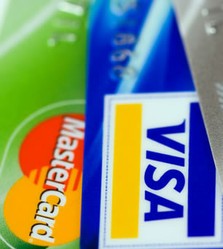 Selling dreams is pretty much what today's marketing is all about. Does it work?
Loading ...
Error!