Many tourists flock to the region of Provence in France for its rugged mountainscapes, shimmering lakes, rolling hillocks and quaint little stone villages. However Provence, which sits on the south east coast of France next to the border with Italy, is not just famous for being a fantastic holiday destination. Many of the reasons which have inspired holidaymakers and ramblers to visit the region have also impelled artists, over the centuries, to feature this charming region in some of their finest work.

In this Leaf I will give a brief overview of Provence in popular culture, from films and art to music and literature. Hopefully this will give you a new insight into this region the next time you find yourself in holiday in Provence.

Provence is famous for producing many great French writers, such as Alphonse Daudet, Marcel Pagnol, Colette, Jean Giono, and Paul Arène. Over the years it has also been home to many well-known expatriates. For instance, F. Scott Fitzgerald stayed in Provence in a place in St Raphael, where he wrote much of The Great Gatsby (which is being made into a 2012 film) and Tender is the Night. The famous female writer Edith Wharton also lived, for a time, in Hyères.

As many who have been on a holiday in Provence will tell you, inspiration is everywhere. Many famous musicians have set their work in this beautiful French region, including saxophonist Paule Maurice, Opera legend Charles Gounod, Alphonse Daudet, Darius Milhaud, Ivan Barbotin, and James DeMars.

A friend of mine once said, reclining in his chair at our local patisserie, that 'as long as Provence exists, art will endure'. Certainly the sheer extent of art which has been inspired by the Provence region is a testament to this sentiment. There have even been cave paintings, dating back many thousands of years, found in and around the region! Among the famous artists to have captured Provence with an easel and brush are: Edvard Munch, Claude Monet, Henri Matisse, Vincent van Gogh, Paul Cézanne, and Adolphe Monticelli.

As well as featuring in many traditional French films, such as L'Arrivée d'un train en gare de La Ciotat (The entry of a train into the station of Ciotat), which was one of the first modern motion picturs, Provence featured quite dramatically in the 2006 British romantic comedy A Good Year. This film, about a holiday in Provence, starred Russell Crowe, Marion Cotillard, Abbie Cornish, and Albert Finney.

Most Paris travelers will want to do some sightseeing in the city of light. H... 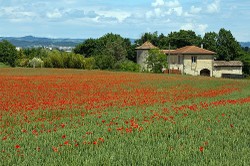 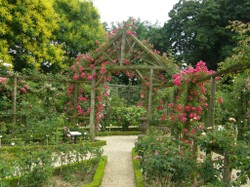 The rose garden started in 1894 by retired Bon Marché executive Jules Gravereaux was a dream come true for him and rose lovers worldwide. By 1910 all known roses were growing there
100%  17   21 nightowl
France 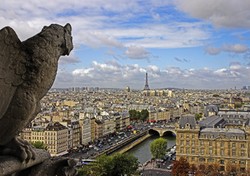 Most Paris travelers will want to do some sightseeing in the city of light. Here's a quick reference guide of my essential Paris tourist attractions.
Loading ...
Error!