Have you ever known someone who questions everything?

When they ask a question, answers like “because history supports it,” or, “because I said so,” or, “because God said so,” are never sufficient. They always want to know what’s behind the decisions, teachings, or guidance that people have attempted to give them over the years.  While thinking their own thoughts has always led them to question the beliefs of others, they usually find both the evaluating and the listening involved in the process to be an excellent practice.  But they are also usually heavily criticized for it.

You see, the questioners have come from a long line of folks who downplay personal experience and the individual discovery of truth, and instead take pride in their own perceived role as “God’s mouthpiece” in the world. So these questioning folk rebelled.  They’ve learned that just because someone says they “know what God is saying to you” in a situation doesn’t mean that they really do.

Voices In Your Head

In fact, the questioning mind has found that following other people’s voices can result in a very non-personal, non-experiential spirituality - it steals the joy and excitement of discovery away, and can cause you to feel stuck and unable to grow as your trust in your own inner knowing begins to fade. While a historically significant practice or belief may have served its people well, that doesn’t automatically mean that it will have that same effect in your life!  Thankfully, these questioners are learning to hear, with an open heart, the messages they need to grow and thrive.

I encourage you to choose some aspect of your spiritual journey that may cause you to feel conflicted or puzzled and let your mind explore the many possible viewpoints or creative solutions that arise – write them down without censoring them. Then pause, reflect, and listen to your gut.  Yes, your gut. How does each possibility make you feel in your inner being?

Your own inner voice and intuitive sense were meant to empower you and bring you joy as you make discoveries on your journey, but that voice and that intuitive sense may have been dulled, or even silenced, by too many years of listening to others, who think that they know what’s “right” for you and who offer only second-hand solutions that don’t resonate in your heart at all.

I encourage you to renew your ability to hear your own inner voice; pay attention to it – it may take a while to untangle the messages you hear and recognize the voice of your own inner knowing, but it’s worth it, and it will bring you the deepest joy as your journey unfolds. Many before you have certainly found it to be true for them – but if I were you – I’d question that!

Do you have a questioning mind?

The subheading Your Inner Voice ends with the intriguing observation that "Many before you have certainly found it [finding joy in life's journey through acknowledging and listening to the inner voice] to be true for them – but if I were you – I’d question that!"

It makes me think of a story from vipassana meditation about children asking "Why?" to everything, including why they're asking questions!

It also makes me think of one of my favorite Biblical stories, about Elijah and God in 1 Kings 19:11-13. Should not "the voice of your own inner knowing" at least be kept operational because of association with the "still small voice" of God?

I'm an insanely curious person, always have been always will be, oh those questions are so fun to explore. The questioning mind is exactly what I have.

@LadyGuinevere Oh yes, too many 'sheeple' in the world. Thanks for commenting.

@joh111 Yes, questioning (thinking) is hard work for some. Thanks for stopping by.

Yes I am one who questions everything and questions others/ People are too much like sheep and they get driven off that cliff to their deaths....not physical mind you but spiritual and it takes them from their self responsibility. Oh I could go on and on about this. I have a hub about the ten commandments and it is still on hubpages for now.

But then there are those who will answer, "I don't know?" You quickly can sort that out. I know exactly who not to ask a question. Questioning is terribly bothersome to some folks. Maybe they are lazy, perhaps trying to answer a question unveils how little they know about something, but you can tell quickly who wants to listen to anything but a question. Good take on how to answer your own questions!

What Is Bitter Melon?

Sleep and health are interconnected. Science backs up the fact that when you ...

What Is the Portfolio Diet?

How to get cholesterol down? Try a portfolio of key foods scientifically prov...

What Is In Bitters?14 days ago

What Is Bitter Melon? 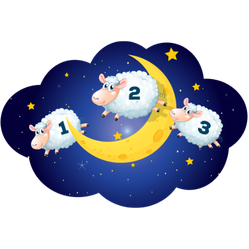 Sleep and health are interconnected. Science backs up the fact that when you don't get adequate sleep, you appear less healthy--eyes, skin, and hair suffer for a lack of rest.
36%  2   4 Holistic_Health
Other Diet & Nutrition 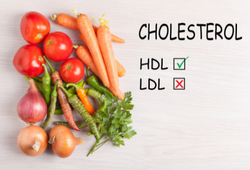 What Is the Portfolio Diet?

How to get cholesterol down? Try a portfolio of key foods scientifically proven to lower cholesterol levels.
Loading ...
Error!