News from Iraq often mentions religious minorities, but it is important to explain the beliefs of these persecuted groups

Iraq is the cradle of civilization, and for thousands of years it was an intellectual hothouse, where ideas traveled along trade routes linking East and West, and scholars met to discuss and dispute. Babylon, in Iraq, was a powerhouse of Jewish scholarship and Babylonian rabbis created much Jewish writing. But the intellectual history of the country has left lingering remnants, religious minorities who retain ancient beliefs, some older than others. I am attempting to outline some of the rich web of belief found in this ancient and tragic land.

To understand Iraqi religion you must abandon the view that it is a simplistic division between Sunni and Shia Muslims on one hand and a few Christian groups on the other.There are other groups, remnants of Iraq's complex history. One such group is the Yazidi faith, which has suffered so much recently. To understand Yazidism you must grasp the ideas of Zoroastrianism

Zoroastrianism, known in India as the Parsee faith, is the ancient religion of Iran, which still survives in a small way. There are some Zoroastrians in Iraq, though they are few in number. Zoroastrians follow Zoroaster [Zarathustra] and believe that the universe is in a conflict between Ahura Mazda, the good God, and Angriya Manu, the spirit of lies. God is assisted by seven Amesa Spentas, immortals akin to archangels, who administer the world under God's jurisdiction. It is the duty of humans to support God in his war with evil, and those who support God will be rewarded at the end after a day of judgment when there will be a resurrection. There is a similarity between this faith and Christianity.

Yazidis are a kind of Zoroastrian, for they follow Melek Taur, the Peacock Angel, whose role is to rule for God. Melek Taur is not perfect, for he is responsible for delivering good and bad fates within the world, and he once out of pride opposed God, but was forgiven after weeping and being repentant, whereupon he was allowed to resume his role. It is this sin that has made Muslims identify him with Iblis, the angel who refused God's command to honour Adam, and is identified with Satan. This identification has had fatal consequences for Yazidis, for it allows Muslims to call them Devil worshipers and exempt them from the protections given by Shariah to Zoroastrians. This is why Islamic State believes that they can be persecuted, their men murdered and their women enslaved.

Yarsanism is a group that arose out of Sufism, a mystical tradition with but a tenuous relationship with Islam. The Yarsanis, founded in the late fourteenth century by Sultan Shahak,  reject the prophetic role of Mohammed and Jesus, though they accept that Mohammed's grandson Ali, so beloved of the Shia Muslims, was divine. They believe that there is one supreme God who has successive emanations in the world. In each of the seven epochs of world history there is one main emanation and seven minor ones, and Ali was the main one for this epoch, the fourth. They tend to revere mainly Muslim figures, but there is little connection between them and Islam.

The influence of Zoroastrianism is found in the fact that they believe that there are seven spirit guides in the world, who echo the Amesa Spentas of Zoroastrianism. These sometimes go by the title Pir, but the word pir can also refer to a human spiritual guide, according to Shia Islam.

An important part of Yarsani theology is the belief that there are inner and outer worlds, and that human life is run according to the rules of the inner world, which can be explained to us by spiritual guides, pirs. The emphasis on interior rules makes Yarsanism fit in well with Sufism, which influenced it, It takes on other, non-Islamic beliefs, such as reincarnation. We are said to have a 1001 incarnations to lead us to perfection.

Some Yarsanis are known as Kakai, who seem to be a small tribal group within the general pattern of Yarsanism.

There are also the Shabaks. These are a group who arose from Sufi Islam, but who absorbed beliefs from both Islam and Christianity. They are generally considered to be of low social status and survived in the mountains of the north Like the Yazidis they are ethnically close to the Kurds, whose esoteric Sufi traditions have influenced them. Shabak children are taken to a pir at birth and blessed. From Christianity they have taken the idea of personal confession of sins and something like the Eucharistic meal.They have a sacred book, the Book of Manaqib, which tracks the soul's journey from birth to paradise.

Islamic fundamentalists treat Shabaks like they treat the Yazidis.

The Bahais regard their founder Baha Ullah as a messenger for God in this age who replaces all other messengers. But they are nearer to Islam than the other groups are. They are sometimes regarded as part of the Shia faith. Islamic State persecutes them along with its Shia enemies.

This group has so far escaped persecution from Islamic State because it dwells south of Baghdad, an area which Islamic State has not reached. They differ from the ones discussed above in that their origins lie in Gnosticism and they originated in Palestine, possibly eighteen hundred years ago. Gnosticism was a belief that truly holy people are characterized by a special gnosis, knowledge, which is only for special initiates. However, they practice the Gnostic tradition of extreme secrecy about their beliefs, and it is hard for anyone to pin down precisely what they believe.

Mandaeans respect some prophets, especially John the Baptist, but they do not see themselves as his followers, but simply regard him as a wise man who spoke for God. They accept Adam, Seth and some other prophets, but reject Jesus, Moses and Mohammed. Jesus, they believe, was a false messiah. They have a strict division between priests and laity far stronger than any division found in Christianity. When someone becomes a Mandaean priest he ceases to be a Mandean and becomes Tarmiduta, an altogether higher class of person.

So far they have avoided persecution, but if Islamic State were to get to them the fate of this small religion would be dire.

These are a group who follow Nestorianism, one of the two ancient heresies, the other being the Coptic [monophysite] faith. They are a very old Christian community who descend from the ancient Assyrians and have dwelt on the Nineveh plains for thousands of years. To see their churches reduced to rubble and their art destroyed is heartbreaking.

In 432 A.D there was a dispute in the Christian church about the precise relationship between divine and human in Christ. The patriarch Nestorius claimed that while Christ was fully divine and human, the divine and human natures were bound together in him by a moral union. The church decided that this language was not theologically precise, so it rejected Nestorius' theology at the council of Ephesus. However, theological pride often got in the way of the resolution of disputes, so the two sides could not agree, so there came to be a schism in the church, which still rumbles on today. The Assyrians are the group who still follow Nestorius' views. They are a large, devout Christian group with long standing, beautiful traditions. As people of the book they benefit from the Koranic injunction that they are to be tolerated by Muslims, but they must pay special  taxes, be converted to Islam or die. Most have fled their home area around Mosul  and are now refugees.

It is a mistake to see the Middle East as an area where people have simple and uncomplicated views of life, for as you have seen it is a place with a long history of intellectual ferment and views circulate with great energy. Old religions linger for many years and become tied in with ethnicity, making a difficult religious and political situation. Thus the Middle East is an area where westerners must tread lightly lest they do harm. Sadly, we have often been quite heavy handed in our treatment of the area, and much harm has been done.

Islamic state [ISIL] is a product of Wahabi and Salafi Islam, which are essentially not peaceful movements, as opposed to Sufism, which is essentially peaceful Islam. Thus Islamic state can never be peaceful. But fear not, it will fail, as it will burn itself out, and the lies by which it recruits gullible supporters will be exposed. But new evils will take its place. The great task of all of us is to be adamant against evil in all its forms, and I work on the principle that in our personal lives we should all strive to do no evil and much good. We are each a small contributor to the cause of goodness in the world, but I would like to leave the world in a better condition than I found it.

I have a great respect for the Sufis; and as part of the course that I took on World Religions I studied the Parsees [Zoroastrians.] Their faith had ideas that were taken up by Judaism and became antecedents of Christian thought. Thus it is a faith which has had a great contribution to world religious history. But other minorities should be protected and respected, however small and weak, for they all have their message and story.

Of all these religions you have mentioned, I have heard of Parsi and Sufi. There lives a small percentage of Parsi in India, they are a dwindling race as they mingle in the mainstream. I admire them a lot. Strong, smart and intelligent.

Sufi religion comes after the Saint Sufi. I have heard Sufi music and it is pleasing, slow and full of melody; it especially has a strong connection to Spirituality. If you understand the essence of a Sufi song, all the more reason for you to connect with Nature.

Whenever I think of Muslims, pictures of Sep 11 and many examples of terrorist attacks on India come forward. Muslims are people too, I am afraid they have been misguided and misdirected by religious leaders. No religion preaches violence. Life in Islamic states is abrupt and chaotic. I pray that they become peaceful.

The importance of minority religions cannot be underestimated, there has to be some way to preserve their culture, people and traditions.

Beyond the Ashes: Cases of Reincarnation from the Holocaust

This book makes a powerful contribution to holocaust literature.

A History of the Middle East: Fourth Edition
58%  6   6 cazort
Other Types of Religion

Why This Way is a consensus-based organization and belief system which may or may not be a religion, depending on your definition of religion.
51%  10   3 frankbeswick
Other Types of Religion 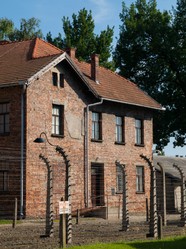 Beyond the Ashes: Cases of Reincarnation from the Holocaust