Richard II and Henry IV: The Lineage that Led to the War of the Roses

On September 30, 1399, Henry IV was officially named King of England. He deposed his cousin, Richard II, and set up the events of the War of the Roses.

On September 30, 1399, Henry IV became King of England. He had deposed his cousin, Richard II, prevented another cousins from taking the throne and made it clear that he was the new rightful heir. The events throughout 1399 arguably led to the War of the Roses. However, the lineage is very tricky. How exactly did both Richard and Henry have a claim to the throne and who was the rightful heir? And what about that other cousin?

Edward III of England: The Man with Many Sons

Edward III did what any king wanted to do: have as many sons to secure the throne for his family. Unfortunately, that led to many issues. 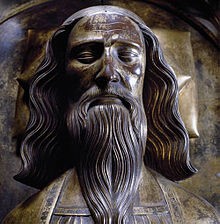 During the Middle Ages, it was important for a king to have sons. Women couldn’t rule a country; that had been proven by Matilda almost three centuries earlier. However, one heir wasn’t enough. Infant mortality rates were high and even adults died young. Edward III needed to have plenty of sons, just in case; and he certainly did.

His first son, Edward, the Black Prince, was born on June 1, 1330. He was the first child, so it was an exciting time for Edward III and his wife, Philippa of Hainault. Two daughters followed and then another son, William. However, William died just a few weeks later—expected but not something that the king wanted.

Three more sons followed, the eldest two of those, along with the Black Prince, are the three important ones for this period. However, there were two others son—along with other daughters—that followed. One of those sons died in infancy of the plague. Out of 12 children, seven were boys and only two of those died. Looking back, it makes sense that there were a lot of fights for the throne.

The eldest, Edward, was supposed to become king. However, he died before his father and the crown passed to his only living son, Richard.

Edward was the eldest and, therefore, heir to the throne. He had one son, Richard, born on January 6, 1367. Richard was quickly made the Black Prince’s heir and second in line for the throne. However, Richard’s father died before Edward III and Richard became king on June 21, 1377 at the tender age of 10. He was officially crowned 25 days later.

It all seemed so perfect. Lionel of Antwerp, Edward III’s second son was already dead and John of Gaunt, the third son, accepted the fact that his nephew would be king. Richard was only young though and had people to help make his decisions, including John. There were some difficult and questionable decisions, which led to the Peasant’s Revolt, barons taking over and 10 years of Richard not getting to completely rule the way he wanted.

Richard didn't have any sons so had to name an heir. The crown would pass to the next son of Edward III, Lionel of Antwerp.

Even though Henry IV and Richard II were childhood playmates and friends, Henry was not Richard’s heir. Richard didn’t have children of his own, so the crown would pass to the next son of Edward III: Lionel of Antwerp. He was already dead but he did have one child of his own; but a daughter. That daughter had a son, Roger, who also had a son, Edmund. It was this Edmund, 5th Earl of March who was named heir to the throne.

This break in male lineage is something that Henry IV later used to his advantage. Henry IV was descended from a full male line through John of Gaunt. He was worthy of the throne. The young Edmund doesn’t seem to dispute Henry IV’s claim. He was used in a number of rebellions but never seems to have spoken in his own right.

The rebellions in Edmund’s name continued up until Richard, Duke of York, started looking for ways to put his own son, later Edward IV, on the throne.

John of Gaunt and His Many Children

John of Gaunt, the third son of Edward III, didn't make it easy, either. He had many children but most were deemed illegitimate and unable to take the throne. 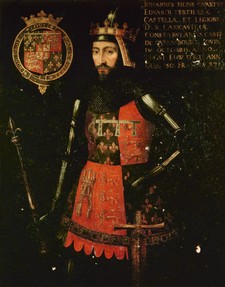 John of Gaunt was one of the Protector’s of the Realm during Richard II’s early years. He was an influential man in the late 14th century and the father of a number of children. Some of those were deemed illegitimate as they were born to his mistress, Katherine Sywnford, before they married. One of the most notorious of these children was John Beaufort, 1st Earl of Somerset who was the grandfather of Margaret Beaufort—the mother of Henry Tudor, later Henry VII of England.

Another of John of Gaunt’s illegitimate children was Joan Beaufort, the mother of Cecily Neville, who later married Richard, Duke of York, and was the mother of Edward IV and Richard III of England.

Richard did private declare that these children were legitimate in 1390 but John married Katherine to further legitimise their births. A year after John’s marriage, a Papal Bull was issued, further legitimising the children and their claims to the throne.

However, there was one legitimate child of John’s who stands out: Henry Bolingbroke, later Henry IV of England. Henry had been a childhood friend of Richard II and was rewarded with the title of Duke of Hereford, despite being involved in the Lord Appellant’s rebellion against the king. It was only in 1397, during an argument with another duke, that Henry found himself exiled to France.

In 1399, John of Gaunt died. By this time, Richard was fearful of his Lancastrian family trying to take the crown from him—despite never trying to before—and prevented Henry from inheriting his father’s titles and estates. Henry was exiled to France for life and Richard thought that his throne was safe. It was arguably this that led to Henry returning to England to depose his cousin and take the crown for himself.

It was Henry IV who barred his half-siblings and their families from the throne. However, there was already a statute legitimising their births and claims to the throne, along with the Papal Bull. It is unclear whether Henry IV actually had the power to bar their succession without the approval of parliament first, which he didn’t get. Even so, it weakened the claim that Henry Tudor would later have for the throne.

Henry Bolingbroke decided it was time to take the crown for himself while exiled in France--do the events sound familiar to anyone else? A Henry fighting against a Richard for the crown and winning? 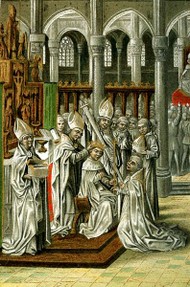 Henry IV attacked from France while Richard II was in Ireland. It was the perfect time for Henry. Richard was so sure that his throne was safe that he took most of his army and noblemen to Ireland with him. He had left Edmund of Langley, Duke of York and his uncle, in charge, who had no choice but to switch sides and join Henry IV. Henry Percy, Duke of Northumberland was also convinced to help Henry IV.

The Duke of Northumberland met with Richard II after his returned from Ireland on August 12, 1399 and by August 19, Richard surrendered the throne in favour of his life. Official accounts claim that Richard II abdicated on September 29 but it is unclear whether these are accurate. On September 30, Parliament met, accepted the abdication and were in favour of Henry IV becoming the new King of England.

After this, very little is known about Richard II. He was held in the Tower of London for some time but Henry IV faced rebellions. Many of the men Richard promoted lost their titles and wanted to see the original king back on the throne. Richard was moved to Pontefract castle and by February 17, 1400, he had died of starvation. Whether Henry IV had him killed or not is unknown but speculated.

The Future for Edward III’s Line

Edward III's line has never really died out but Henry IV's did.

The battles for the crown didn’t stop. Edward III’s descendants continued to battle for their right to the crown. Some of those included Richard, Duke of York, Edward IV of England and Henry VII of England. Cousins married cousins to help strengthen claims to the throne and it has led to Queen Elizabeth II and her family being descendants of Edward III of England.

However, Henry IV’s line died out after Henry VI died in the Tower of London. Henry VI was deposed by Edward IV, although temporarily reinstated. He did have a son, Edward, who was killed at the Battle of Tewkesbury in 1471. It would be Lionel of Antwerp’s line that would finally get the crown before Richard III was defeated at the Battle of Bosworth in 1485 and the descendants of one of Henry IV’s half-brothers finally took the throne. 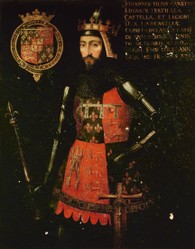