Richard III: The Tudor Villain or a Man Misunderstood?

Richard III is often blamed for a lot of things during his reign. However, what were the events that led to his coronation and was he really the villain the Tudors made him?

On October 2, 1452, Richard Plantagenet was born. He was the fourth son to Richard, Duke of York and Cecily Neville, so the thought that he would be King of England one day wouldn’t have crossed either his parents’ minds. However, events happened that led to the deaths of all three of his older brothers and the removal of all other heirs from the throne. Some blame Richard for much of this but is he the villain the Tudor courtiers and monarchy made him out to be?

Richard always supported his brother. While it may not seem like a big thing now, it will become a major factor in arguments later. 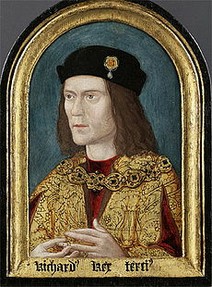 It would seem strange that Richard would do the things he did in the future when you consider just how supportive he was of his brother. Richard had gained a lot of political knowledge during the War of the Roses and found himself promoted quickly. Edward entrusted him as the Commissioner of Array in 1464.

Richard constantly fought by his brother’s side throughout Edward’s reign. When George, Duke of Clarence, attempted to steal the crown, Richard fought on Edward’s side. When Henry VI gained power and Edward was forced into exile in 1470, Richard joined him. He could have made it very difficult for his eldest brother but he chose to remain loyal and he was continually rewarded for it.

There is no evidence that Elizabeth Woodville was ever against him. She did prefer her own brother being at Ludlow Castle with her elder son, Edward, but, by this point, Richard was already married, had a child of his own and was a prominent man at court. It made sense for Richard to remain where he could do something and Anthony Rivers move to Ludlow Castle with the young Edward.

The Story of Richard III

Anne Neville was the daughter of the Kingmaker. Did she pick up some tips to help herself become Queen of England?

In 1472, Richard married his love, Anne Neville. He saved her from George’s treatment after her imprisonment due to her betrayal by marrying Edward of Lancaster, the son and heir of Henry VI. Edward was killed at the Battle of Tewkesbury in 1471, leaving Anne as a 15-year-old widow.

It is very important to mention Richard’s marriage to Anne. It’s also important to mention that Anne Neville was the daughter of Richard Neville, Earl of Warwick; better known as The Kingmaker. While she was still young, she had seen how her father worked. She had probably picked up a lot of tactics to help her secure the best marriage and life for herself. Edward’s death led to some uncertainty for her but her marriage to Richard definitely worked in her favour.

The Death of Edward IV Leads to Richard III’s Coronation

Edward IV was expected to live much longer but he died of pneumonia. It left a 12-year-old in charge, which was dangerous for the country. 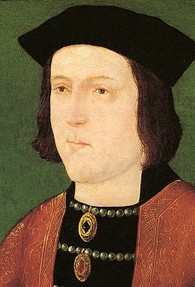 Edward IV died on April 9, 1483. It was sudden and unexpected, leaving a 12-year-old as King of England. The country had already had an infant king when Henry V died, so it was likely a worrying thing for the noblemen. Before his death, Edward made it clear that his brother would act as regent. This set up the events for Richard to become King of England. Whether he did it on his own accord or had someone feeding him the idea is unclear. The Tudors made it clear that it was all Richard’s doing but my suspicions lie on Anne Neville for a lot of this (but that is my opinion).

The first thing that Richard did as regent was get the now Edward V from Ludlow and bring him back to London. He wanted to secure him in the Tower of London. This isn’t that strange. All monarchs would stay in the Tower of London before their coronation and it was important to protect the 12-year-old king. There were still threats to the crown—one of those being Henry Tudor, currently exiled in France.

The strange thing was that Anthony Woodville and his nephew, Richard Grey, were arrested and taken to Pontefract Castle. They were then executed for treason. Edward trusted his Uncle Anthony. He had grown up with him. Is it possible that Richard wanted to pull all of the strings instead of the Woodville man? All these events sent warning signals to Elizabeth Woodville and she retreated to sanctuary with her daughters and remaining son, Richard, Duke of Shrewsbury, at Westminster Abbey.

Richard wanted both of his nephews “protected” in the Tower though. After some time, Elizabeth finally agreed to it—although Philippa Gregory believes that Elizabeth switched her son with another boy who looked similar in fear that Richard would do something to her boys. Whether this is true will never be known for sure.

Richard couldn't become king without removing Edward V. The best thing he could do was make the marriage between Edward IV and Elizabeth Woodville invalid.

All of the above events happened between April and June 1483. During this time, Edward V’s coronation was being planned. The one thing that is strange is that Anne Neville was never fitted for her coronation gowns. She would have been expected to attend her nephew’s coronation, especially as her husband was regent. Is it possible that she was there pulling the strings and working on convincing Richard to make himself king?

There is also Cecily Neville, Richard’s mother. She never liked Edward’s wife and probably hated the thought of her son becoming King of England. Cecily loved Anne. They often spoke about religion and debated about other topics. It is possible that Cecily was one of those whispering in Richard’s ear to become king. Or maybe the two women were working together to get Richard to stop Edward V’s coronation.

Whatever the reason, Richard did make Edward’s marriage to Elizabeth Woodville invalid. Their children were deemed illegitimate, so were no longer heirs to the throne. This paved the way for Richard to become Richard III of England. He was the last surviving son of Richard, Duke of York and Cecily Neville: Edward IV had died in April of that year, George had been executed in February 1478 and Edmund Plantagenet had died in December 1460. Richard was the only one left to become King of England.

Richard III and the Princes in the Tower

Did Richard III really kill his nephews? I believe there was someone else responsible for this. 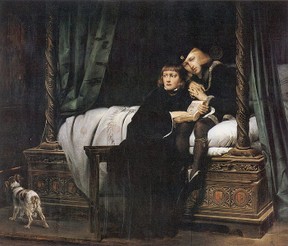 It would seem like that would be the end of it. Richard III was crowned king on July 6, 1483 with his wife by his side and he had his own son, Edward of Middleham, who would become heir. The throne was in the hands of an adult king and was secure.

But it wasn’t secure! The English people weren’t exactly happy with the events that had unfolded. They had been supporters of Edward and his wife and they were supporters of Edward V. They wanted their 12-year-old king with Richard as the regent for the time. Richard had to do something to keep the crown in his hands.

Sometime in June or July 1483, Edward V and his brother, Richard, went missing. They will forever be known as the Princes in the Tower, with constant speculation over their disappearances. Considering how bad the water around the Tower of London was, it is possible that the two boys died of natural causes but many blame Richard III—many believe he ordered their deaths.

Considering how much he supported and loved his brothers, would he have really murdered two innocent boys for the throne? Isn’t it possible that Anne Neville was so certain that the boys being alive would be so problematic that she ordered their deaths? She definitely had the means. JoHarrington has written an excellent post going through the suspects for the Princes in the Tower.

The End of Richard III’s Reign 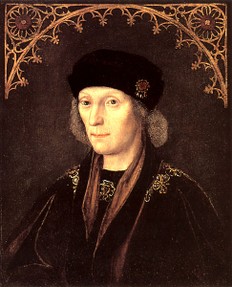 Everything seemed to be going so well for Richard III. He started to gain the support of the English people—marrying Anne Neville helped with gaining the support from the people in the north. His reign in 1484 seems to pass without that much controversy. He managed to convince his sister-in-law out of sanctuary and Elizabeth of York, his eldest niece, became a prominent figure at court. There were some uprisings but Richard had held them off.

However, this was when the rumours started. People started to talk about Richard’s relationship with his niece, with people believing that he was trying to push aside his wife to marry Elizabeth of York.

The death of Edward of Middleham, when he was just 10-years-old was a major turning point. Richard was extremely sad over the loss of his son. This clearly affected his relationship with Anne. They were both grieving and growing further apart. Shortly after, Anne Neville fell ill. Richard made it clear at court that, due to doctors orders, he and Anne were no longer sharing a bed. There would be no more heirs.

Anne died in March 1485 and there were rumours that Richard poisoned her. This probably isn’t true. Richard did love his wife and there is no way he would have wanted to cause such controversy. He knew he had gained the support of the north because of his wife. However, the rumours continued, especially surrounding Elizabeth of York and how he was seeking a way to marry her.

The rumours came to an end on August 22, 1485. Richard III took his army to Bosworth Field after hearing of Henry Tudor coming out of exile in France. Everyone knows how the battle ended. Richard III died on the battlefield and Tudor became Henry VII of England. He married Elizabeth of York to secure his claim to the throne and it led to the Tudor dynasty and the end of the War of the Roses.

That's really interesting, thank you. I've just finished a short Future Learn course about England in the time of Richard III, so this just fitted in at the right time. 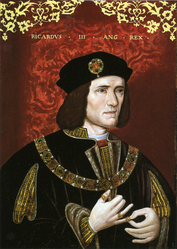