Rick Santorum is finally in the spotlight! Wait, what did he just say about black people?

With the exception of John Huntsman and Michele Bachmann, each GOP candidate for president has experienced a rise in the polls followed by a sudden and drastic downward spiral.

Texas Governor Rick Perry received a drastic reality check after his “oops” moment.  Herman Cain met his destruction after it became apparent that he had some experience with sexual harassment and was involved in a long-term love affair.  Newt Gingrich couldn’t stand up to public scrutiny with his long line of affairs (including his love affair with Fannie and Freddie), mistresses and divorces.

Congressman Ron Paul’s popularity is currently faltering due to his racist newsletters and belief that women who are victims of sexual harassment should quit their jobs.  Emerging from the sidelines to take Ron Paul’s place is Rick Santorum.

Almost every candidate has basked in the spotlight for one or two debates, bestowed with the honor of receiving the podium at front and center stage.  Unmoving from their book-end podiums, Rick Santorum could always be seen pouting, and Michele Bachmann could always be heard whining.

But things have changed.

Perhaps timing is everything.  With Iowa’s voters taking to the polls to vote for their republican candidate, a win for Rick Santorum in Iowa could carry him through the remaining states in a head-to-head battle against Mitt Romney for the GOP nomination.

Certainly Rick Santorum is not the most captivating of the GOP candidates.  As a matter of fact, Rick Santorum is downright boring and causes many people to suffer from acute narcolepsy.  But with the spotlight shining on him and cameras following him everywhere, he’s bound to say something stupid sooner or later.

What?  He already did?

CBS News reported on January 2nd that Rick Santorum spoke to a mostly-white crowd regarding entitlement programs and welfare reforms and actually singled out black recipients.

During Rick Santorum's public appearance, an Iowan resident asked, “How do we get off this crazy train? We've got so much foreign influence in this country now, where do we go from here?"

Rick Santorum included in his reply:

"I don't want to make black people's lives better by giving them somebody else's money; I want to give them the opportunity to go out and earn the money."

But this isn't the first time Santorum said something like this...

As always, the media is quick to rediscover something from the past that the public always seems to forget.

The Huffington Post pointed out that Rick Santorum had previously made a head-scratching statement by implying that President Obama should be pro-life because he is a black man.

Yes, that’s right.  Insert foot into mouth, Rick.  That's two and counting, and perhaps there's more to come.  The problem is, people actually have to stay awake while you speak in order to point them out.

Aside from being extremely boring, Rick Santorum seems to suffer from irreversible ignorance, and ignorance is not easily overlooked or forgiven.  Rick Santorum’s time in the spotlight will soon be coming to an end.  Who's next?

There are numerous problems we need to fix in the election process, with the ... 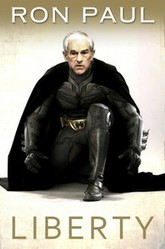 Instead of launching insults at people who criticize Ron Paul, perhaps Ron Paul sheeple should question his credentials a bit more.
61%  8   5 blackspanielgallery
Voting and Elections 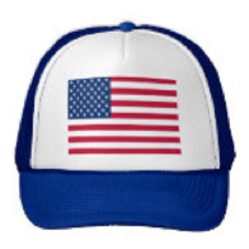