This is a review of Sahratia in Okinawa, a book about how a Western child, born in Naha City, Okinawa, Japan learns about the world around her and fits into the culture of her home

How it came about.

Sahratia was born in Naha City in January 2008.  She is just a few months over 3 years old yet already she has travelled around the world and is learning Japanese, Afrikaans and Spanish in addition to her home language, which is English. She has studied Eisa Drumming and has even taken photographs using a Cell Phone Camera.

Many people have said that she is a child prodigy and others that all that has been said about her is the result of her Grandfather's normal grandfatherly belief in their offspring's abilities.

She fits neither description.  She is just a normal kid who happens to have a mother who believes that children today are incredibly far advanced over their parents from the moment of birth and should be allowed to develop without the normal brain-washing and indoctrination that children receive from their parents, their schools and any other authority that believes that it knows best.

Her father and mother are both 5th Dans at Kobudo and Karate and 4th Dan's at Iaido.  The reader here should google those terms to find out exactly what they are.  The reader should also understand that most Japanese Martial Arts originated in Okinawa, having been passed down through the centuries from the Chinese invaders and polished under Japanese invaders.

The book itself not only shows the reader how a western child copes and flourishes in an environment that is alien to that of her parents who have lived in Japan for over 15 years.

A word about the Author. Penny van Heerden was born in what was then Rhodesia in Central Africa.  She emigrated with her parents to KwaZulu Natal in 1984.  After completing her high school, where the Career's Guidance Teacher told her that she would only be capable of being either a Bus Driver or a hairdresser she took jobs as a waitress.  Just after she finished her schooling she received the Top Award at Girl Guiding.  She also attended as staff at the National Scout Jamboree where she helped teach Para Gliding.  Later on she was the first Champion ot the KwaZulu Natal Paragliding Championships.

It was when she was flying that she met her future husband Emile, moved to Pretoria with him and took up JiuJitsu.  Together they decided to explore Japan and hitch-hiked around that country.  Eventually the decided to settle in Okinawa. In Naha City she attended the University of Maryland at one of the American bases, learnt Japanese and taught English to Japanese businessmen and school  children.Today she travels around several countries conducting Seminars with her husband for both are Sensei and also acts as Hostess to visitors to her Kobudo Dojo (Centre) from all over the world. Her daughter, Sahratia, accompanies them to tournaments.

This is her first book and she is busy writing two novels and also setting up an Okinawan Travel Guide that is already on the Web.

You may buy Sahratia in Okinawa here.

The book comes as a Hard Copy and as an EBook.

Here you may buy Sahratia in Okinawa and all books published by Ralpapajan
The book is in full colour and is paper back. It is 8 1/2 inches by 8 1/2 inches. It contains many colour photographs, some of them taken by Saratia herself but most by her mother or father. 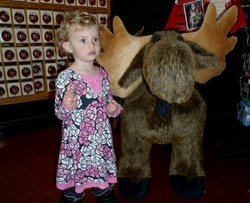