Kew Gardens in the suburbs of London is popular with the general public, but few see what goes on behind the scenes and indeed underground, for scientific research constantly goes on there, delving into important botanical issues. Several years ago Kew started a project that placed it at the hub of world efforts at plant conservation, the establishment of a seed bank to conserve the seeds of all known plant species. In particular they are focusing on the wild relatives of vulnerable food plants.

In the 1970s 116000 hectares [448 square miles] of East Asian rice paddies were afflicted by grassy stunt virus, which destroyed the food crop. Scientists knew that they were facing a potential disaster, so they began to research to find a rice strain immune to the virus. Eventually they found one rice species, Oryza nivara, that was immune, and they began a long endeavour to cross the various strains of cultivated rice with Oryza. Eventually, they succeeded and the world's rice crop was saved. This shows the importance of identifying and preserving the wild relatives of food plants.

The problem at the moment is that the world gets eighty per cent of its calories from just twelve crops, and these have been selectively bred to such a degree that the gene pool has seriously narrowed. Over-reliance on a narrow gene pool is very dangerous,for if a major virus wipes out one of these  twelve, mass starvation would result. Here is where wild relatives become important. Out there in nature, quite often in isolated places, live species with unique genetic signatures,maybe possessing immunity to dangerous plant diseases or to the kind of conditions that we will increasingly face with global warming. Unlike the cultivated varieties, which have been grown in the narrow context of the laboratory and the farm, wild relatives have evolved to meet a wide range of conditions and have thus developed genetic mutations that may be useful to growers. Science is driven now by an urgent need to identify and genetically sequence these plants.

Take the case of the carrot.Many people do not realise that the orange carrot is just one group of varieties and that there are white, red, black, purple and yellow carrots. But this is without taking into account that there are several carrot species, each of which has some genetic variation in its genome. Scientists realised that with global warming, impending water shortages and the  increasing salinification of certain lands, carrot crops may well be under threat, so they searched for the wild relatives and found several species that are resistant to water shortage and saline conditions. Seeds were collected and then the next stage of scientific work began .

The Millennium Seed Bank [MSB] was working with scientists from Pakistan and Bangla Desh, countries likely to be afflicted by destruction of carrot crops. Together they worked to map the location of these desirable species and then the  MSB sequenced the entire carrot genome to identify the genes that made for resistance to drought and salinity. They are now in the stage of propagating the seeds and cross-breeding them with other varieties. The resulting carrots were also tested for palatability, important in a food crop. A database was then developed and made available to scientists. This pre-testing is prior to the  seeds being returned to Bangla Desh and Pakistan for testing in the field, which allows scientists to ascertain whether there are any unforeseen problems.

The seedbank contains 2.2 billion seeds from 38000 species received from 190 countries. But despite these impressive numbers there is still work to do, especially with food crops, which have yet to be fully mapped and sequenced.

How the Project is Run.

The first step was to establish a network with the Millennium Seed Bank as its hub and to set up a management  system to support the science. The MSB linked up with seed banks and research institutes in many countries and together they were able to make links with governments, which would be essential for mounting expeditions. The whole process was managed by the Royal Botanic Garden at Kew and the Global Crop Diversity Trust, who together constituted the Millennial Seed Bank Partnership [MSBP.]

Together  they formulated a research strategy, which is as follows:

The seeds are not merely stored, though some are, but are propagated either at Kew or at research institutes in other countries, in each of which they may be crossed with cultivated varieties. A comprehensive system of recording is in place, which is shared online.

The MSB has used Kew' great experience in publishing botanical books to publish  guide to each of the twenty nine crops under investigation. The guide contains the following:

Let us take one example in this project.In November 2017, in the largest seed transfer to date the Seed Bank transferred seeds from 58 species of  wheat, lentils, barley, faba bean pea and grass pea to ICARDA, the International Centre for Agricultural Research in the Dry Areas, which is in Lebanon. The transfer was under the aegis of SMTA , the standard material transfer agreement under the International Treaty for Plant Genetic Resources for Food and Agriculture. These seeds were to support crops traditionally grown in the Middle East.

[All information courtesy of The Horticulturalist, vol 27, Number 23 Autumn 2018.]

Gone are the days of the Victorian plant hunters, who went on unfocused expeditions seeking novelties for rich patron' gardens. A modern plant hunting expedition is a professional scientific operation with a research director, budgets, which must be well-managed and clear targets.There will be a plan of action. Accommodation and flights must be planned.

The research director will liaise with the partner institute in the country to be investigated, who will deal with the government to obtain the necessary permits and security where necessary. A logistical support operation may be needed, for food and research supplies may have to be supplemented.There will need to be plans for medical evacuation in case of emergency. There also needs to be a comprehensive risk assessment, as expeditions are often dangerous because of natural threats, such as disease and avalanches, and also banditry and terrorism in some cases.

Critically important is the selection and training of staff.  Expedition members need to be botanically trained, able to work as a team and get on with other members and be fit and healthy.  Youth is not necessary, for Thomas Pakenham was still plant hunting in the Himalayas in his early eighties. The whole team must be properly trained in the botany of the plants which they are seeking.

What are the perils of plant hunting? It depends on where you are going.The  Himalayas and the Andes are high with long distances to walk over difficult paths that cross torrents on rickety bridges. You need expedition members who are fit enough to walk these difficult terrains for sustained periods of time. They also need to be able to cope physically with cold and altitude. Being able to navigate by oneself if cut off from the team is an essential skill that could save their  lives.

The jungles of East Asia and the Amazon are potential sources of new plant genetic material, but jungle exploration is tough. Making your way along jungle paths on which you have to slash your path at times is hard and physically exhausting, so expedition members need to undergo acclimatisation and be physically tested to ascertain whether they can meet the physical requirements of a jungle expedition.

But most of all, above the physical requirements certain mental qualities are needed. Team members need to be strong minded and willing to face difficulties and setbacks. Key to the possession of these necessary attributes is a love of the  job,  genuine interest in plants and the commitment and courage that arise in the mind from these desirable and much needed qualities.

I don't know all of them, but here are some: wheat,barley oats, rice, millet ,sorghum, casava,potatoes cabbages, onions.leeks and peas.

I am unsure about patenting.

frankbeswick, Thank you for the back- and front-stories and products.
What are the 12 edibles that 80-plus percent of the world's peoples consume?
Does the Millennium Seed Bank patent the work that is being done?
There's a controversy in Hawaii, where taro once existed in 300 forms recognizable to native Hawaiians. The work by research scientists is patented, so tradition-minded Hawaiians no longer can use the taro that is being sequenced, researched and cross-bred.

BSG
The 50p wouldn't be available in circulation now as anyone who has one tends to sell it or keep it as a collector's item.

Smaller tomatoes pack the flavour into a smaller space, so they are more flavoursome than large ones, which is why Maureen likes me to grow cherry tomatoes.

This is an interesting article as I never imagined the planning and possible danger that goes into harvesting seeds and new plants. Also, I think I must have that botanical illustrations book. What a beauty!
I agree with BSG about the tomatoes we now buy. In fact I seldom buy at stores and depend on growing my own - or buying local if I can find them. Organic store bought usually are not fresh because no one wants to pay the extra money for "organic" so stores are forced to keep the old stuff out until it sells or rots.

I found the coin Veronica mentioned. It is a 2009 coin celebrating a 250th anniversary It has the dates 1759-2009. It is too old to still be available t the Royal Mint.

The problem with lack of tasty tomatoes and other things is the ones bought out of season do not allow one to even grow then oneself, so there is always a dependence on the commercial growers. Best are vegetables grown by an individual, or from a local farmer's market, where commercial values are less important, such as taste.

The basic rule for seeds is that smaller seeds die quicker than large one as their energy is exhausted more quickly. This is because seeds are living creatures that need to respire, albeit slowly.

That should be the case, but seeds often come from seed merchants..

Taste derives from the trace elements in the plant, i.e.its mineral content. Modern soils are mineral deficient, so if you want tasty tomatoes add minerals to your soil by enhancing it with seaweed meal and/or rock dust, which is crushed volcanic rock.

Tobacco contains around 70 species in the genus Nicotiana. Ingredients nicoti... 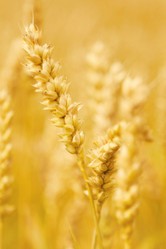 The Harpole Burial15 days ago

The English Hedge27 days ago 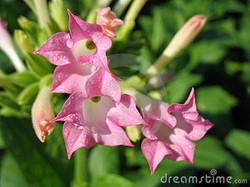 Tobacco contains around 70 species in the genus Nicotiana. Ingredients nicotine produced in the roots and then transported to the leaves
100%  33   16 Always-Writing
Plants