In the 1800's sailors would bring seashell decorated boxes home as gifts to their loved ones. This beautiful form of shell art is still done today.

The Sailors' Valentine tradition started long ago when sailing men would purchase gifts made of seashells and boxes of wood to bring home to loved ones from their long sea voyages.

In writing this page I've discovered that there are many present-day artists who are still making the Sailors' Valentines in various forms and they are amazing works of shell art.

The Sailor's Gift With Sentimental Value

Returning from sea, a sailor would bring this gift of love and longing. 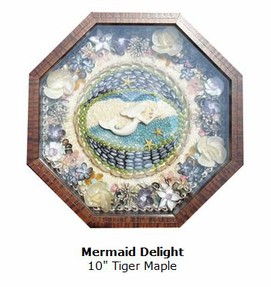 In the mid 1800's it was a popular custom for sailors to bring home octagonal boxes decorated with seashells after long journeys at sea.

Known as the Sailor's Valentine, the hinged box, that was typically around nine inches wide, contained a decorative, and usually symmetrical, seashell pattern inside which was then covered with glass to protect it.  When the box was closed, the shells were hidden from view which helped to keep them safe for travel.

The name "Valentine" came from the fact that they were given to sweethearts or loved ones.  Also, the design elements usually included hearts, flowers and sometimes sentimental wording, such as "To My Love", which was written with little shells within the design.

The History of A Good Business Venture

Brothers from England capitalized on the gift box idea. 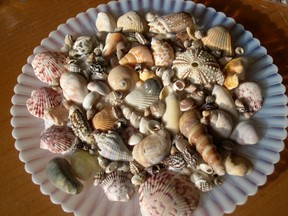 The name may make it seem as if the sailors made the boxes themselves and originally it was believed that they had, but the items needed to do so would not be available to them, such as hinged boxes and shaped glass covers.

Actually it was the business venture of two Englishmen who brought about the industry of the valentine.

The truth behind the origin of the original antique boxes became clear when they needed repair.  It was discovered (through papers found inside) that most had been purchased at shops on the island of Barbados.

Entrepreneurial brothers from England, B.H. and George Belgrave, had set up a "Curiosity Shop", (or two as this article in the Barbados Advocate says), in Barbados that sold many of the valentines.

The Belgraves were wise to realize this business opportunity by mixing seashells, which were covering the area I imagine, with the many sailors who became their customers at the popular port.  It was a lucky combination of supply and demand.

Read More About the Craft of Creating with Seashells

This would be a great hobby to try if you live near a shell-loaded beach.

Barbados Is In the Heart of Seashell Land! 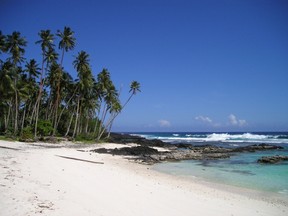 I would love to see more of the old, original Sailor's Valentines because I'll bet the makers used some really gorgeous seashells.  In fact, I'll bet beautiful shells were sold in the same shop as the Valentines.

Through my research of sea shells I've discovered that the largest and most coveted shells usually come from the Indio-Pacific and Caribbean waters.

Although each Sailor's Valentine was unique each of them typically had some or all of these qualities:

The wooden cases were usually double-sided and hinged and were made in either of two sizes:  9 1/2 inches or 12-14 inches.  Sometimes a blank area would be left in the center of the design for adding a special photo.

Many thanks to this Cape Cod & Sanibel artist for allowing me to use her image here.

A Little About This Seashell Artist

Some people have made a career out of creating the Sailors Valentine.

Sandy Moran is the very kind person who allowed me to use the pictures here showing her exquisite works of shell art.  To the right you can see "Brant Point" which features the famous lighthouse on Nantucket Island, Massachusetts.

Not only does she create sailors' valentines, but she teaches classes on Sanibel Island, Florida and she says that people come from all over to take her two-day classes to learn her trade.

In case you don't know, Sanibel is the top shelling spot in the United States and ranks 3rd overall for collecting seashells.  It's the perfect place for a shell-crafter to live.

The Cost of the Sailor's Valentine

These days the originals will fetch thousands of dollars.

Buying a modern day, custom made Sailor's Valentine can cost thousands of dollars depending on the size and work involved and elements used to create it.   Some websites will give you an idea of the cost and others require that you contact them for that information.

The old, original Sailor's Valentines, that were purchased or made by sailors back in the 1800's, are now fetching a pretty penny at antique auctions and on e-bay, and the price will continue to increase as collecting them increases in popularity.  At the bottom of Diana H. Bittel's page she explains what to look for when purchasing an antique valentine.

Even kits, which include the box and shells needed to finish the project, can be very pricey and you won't be throwing one together in a day!

Sharing my pictures of seashells and what I've learned about them.

Collecting Seashells: Types of Shells
A look at some seashells you may see on Florida beaches with photos of my own personal finds.

How To Make Your Own Sailor's Valentine

Gather the supplies and get creative without a kit.

You don't have to buy a ready-made kit to make your own shell art box.  Head to a craft store and pick up the supplies which would include a box, shells and glue.

Thanks writer, Sylvestermouse, at the Squidoo site, you can read how to make your own Sailor's Valentines.  She made some for her children, and on her page you will see how she used a pattern to create the boxes with shells inside.  She started her projects with some very unique boxes.

A descriptive page with many photos and close-up views of the intricate shell placements.

I regret that I don't have any pictures to include of antique Sailor's Valentines, but you can see some beauties at this link.

The intricate patterns of these antique boxes can be seen at the Antiques and Fine Art site at the Collector's Corner:  Sailors' Valentines page by Diana H. Bittel

Sailors Valentine Studio
Artist Sandy Moran works from her studio on Cape Cod, Massachusetts. Two of her pieces are featured on this page.

Sailor's Valentines
Buy already made sailor's valentines, or purchase the supplies needed to make one yourself from this Florida based company.

Seashells by Millhill is My Blog About Shells, Florida, and More

Read this blog if warm climates and tropical beaches are what you love.

Shells Found on a Deserted Beach
Found lots of knobbed whelks on this deserted island beach in Mosquito Lagoon. And a few other pretty shells.
Deserted Beaches, Where and When
Many people dream of having a beach all to themselves. Because we have a boat, we often get to be on deserted beaches. But you can find deserted, and semi-deserted bea...
First Outing in the Sea Eagle Kayak
My first time out on the Sea Eagle inflatable kayak was a success even thought the weather did not cooperate.

Designs in the Tradition of Sailor's Valentine Art

In place of real shells, these are images made to look like intricate patterns using only seashells.

Credit and Thanks to These Sites

My page was written after reading about Sailors' Valentines at the places listed below.

Wikipedia
General information on the history of the Sailor's Valentine.

Sailor's Valenine Studio History
Sandy Moran creates beautiful valentines and has a page about the history of the art.

Have you ever heard of the Sailors' Valentine?

@KindaBush: I am jealous of your plans to go to the Sanibel Seashell show - that would be such fun. It is quite amazing how intricate these seashell designs become. Enjoy the class!

Thank you so much for creating this beautiful post and sharing with all of us. I recently watched a YouTube video on how to make Sailor Valentines. As you know, I create seashell art, so I am planning on making some. I'm going to call Sandy Moran and schedule to attend here Sailors Valentine classes. Thanks for letting us know about her classes.

You had mentioned that you aren't a very good writer but I think you are a great writer. I love Sanibel Island and i´m going to go to the Shell Show this year. I hope to see you there.

The valentines are really stunning, and as you say, to think that the sailors made them, is quite impressive. I had never heard of them until just before I did this article.

Dustytoes, Sailors' valentines have fascinated me since childhood. They are so aesthetic and so intricate that it almost does not seem possible that human hands, especially sailors' well-developed hands, could make them. The precision of their design is intriguing.
The examples which you've selected are breathtakingly beautiful and remind me of my favorite seashores.

I love sea shells, collecting them on the beach is such a relaxing and fun activity. I bring mine home and toss them in my flower beds on the west side of my house creating a beach ocean theme. This shell art may inspire me as I think about it... Thanks :)K

it's the first time I hear about sailor's valentine!

@Judy, Wow, your Valentines are so beautiful. I will link to your site here.

yes, I create them too ! www.sailorsvalentineart.com

Never heard of it. This is quite unique. Love it.

@whitemoss - Awesome! You have been to the original site of the Valentines! Thank you for reading and leaving the message. I'll bet that was cool..!

Where to Buy Seashells, Driftwood, and Nautical Craft Items to...

Nautical decor is popular, not only for those who live at the ocean, but for ... 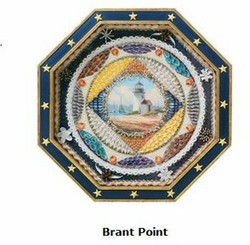 A look at some seashells you may see on Florida beaches with photos of my own personal finds.
60%  8   5 dustytoes
Nature Crafts 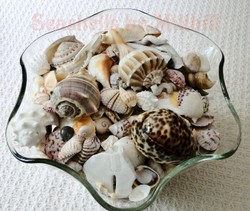 Where to Buy Seashells, Driftwood, and Nautical Craft Items to Decorate Your Home

Nautical decor is popular, not only for those who live at the ocean, but for anyone who wants to bring the beach into their house.
Loading ...
Error!