Sir William Brereton: Was He Another Pawn in Thomas Cromwell’s Plot for Power?

Sir William Brereton had a colourful past and was close to King Henry VIII and Queen Anne but was he just another pawn in Cromwell's plot?

With the execution of Anne Boleyn and the five men accused of treason coming up, it’s worth looking into the five men. I’ve already covered Sir Henry Norris, Sir George Boleyn and Mark Smeaton and now it is time for Sir William Brereton. Just like the other men, I really believe he was an innocent man and just one of the other pawns in Cromwell’s plot to remove Anne Boleyn from the throne and gain more power. But, who was William Brereton?

Ever Seen The Tudors?

If you’ve watched Showtime’s The Tudors, you’ll likely have an incorrect view of the man. In The Tudors, William Brereton was sent by the Pope to kill Queen Anne. This never happened in real life and William was actually part of Henry VIII’s Court. William was supposed to be part of the Jesuit order, which didn’t come about until 1540 – four years after the executions.

Another fictional part of the story was how William admitted to adultery with the Queen – in The Tudors, he was willing to sacrifice his own life to bring the death of Anne. Again, this didn’t happen. The only man to confess was Mark Smeaton.

So, Who Was William Brereton Really?

He was the sixth son of Sir Randle Brereton, who was a member of Henry VII’s Court. William and his brothers entered the service of the King when they were young and he soon became popular. By 1521, William was made the Groom of the King’s Chamber. This was at an unusually young age, considering he was born around 1487. In 1524, he was promoted to the Groom of the Privy Chamber.

He was close to Henry VIII, much like Sir Henry Norris. It would have been a shock to the King to find out a close friend was having an affair with his wife, which is why it’s unlikely that Henry VIII had much input in the plot to remove the Boleyn faction. While Henry VIII wanted to remove Anne Boleyn, it is unlikely that he would have sent innocent men who were friends to die. He must have believed that Thomas Cromwell was telling the truth.

In 1529, William married the widow Elizabeth Savage; second cousin to the King and daughter of the 1st Earl of Worcester. This helped to cement his position in the Tudor Court and created a link to the King through family. After this marriage, Sir William Brereton gained an income of £10,000 per year and was the wealthiest man in the whole Court, behind the King of England.

Learn More About the Downfall of Anne Boleyn 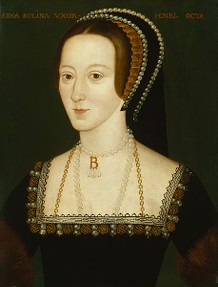 William Brereton was at the wedding and coronation of Queen Anne – another support that he was not the same man portrayed in The Tudors.

Anne Boleyn actually helped William Brereton on numerous occasions. One of those was for the execution of John ap Griffith Eyton in 1534. Eyton was hanged for the murder of one of William’s friends, despite being acquitted by a jury. William asked Anne to have Eyton rearrested, which she did. Thomas Cromwell didn’t want this to happen, which caused another rift between Cromwell and Anne and started a rift between him and William Brereton.

However, it was not this one act alone that made William a pawn in Cromwell’s plan. He was a man with a colourful past. He was a womaniser and used his own political power and circle of friends for his own gain. He was not in Cromwell’s circle of friends and would have been seen as a threat. Along with being close to Anne, Cromwell had to remove him from power. It is also possible that he was an easy scapegoat. It wouldn’t be too hard to make the Tudor Court believe that he was guilty of adultery and treason.

William was arrested on May 4 although was questioned at the May Day joust a few days earlier. All the charges were based on evidence that was completely hearsay – something that could not happen now – and were fabricated. While he tried to protest his innocence, his interrogators wouldn’t believe him.

Unlike in The Tudors, William didn’t confess to his crimes. However, he wouldn’t known about the evidence or charges against him so would have had to answer questions to the best of his knowledge and without time to think. While the dates were impossible – one of the dates was just two months after the birth of Princess Elizabeth – he wouldn’t have had time to think about that to offer an alibi.

William didn’t stand a chance – just like the rest of the men. The jury was made up of men who would gain from his conviction and death or had a duty to the King. The men on the jury would have known the outcome before William was on the stand.

William Brereton’s execution took place on May 17, 1536. Since the executions were in order of importance, William was the fourth man after George Boleyn, Henry Norris and Francis Weston. He would have seen his friends executed before him and I wouldn’t like to think about the way he would have felt. The bodies of his friends would have still been on the scaffold, scattered to make room for him to kneel at the block.

He made a statement of his innocence as close as any man would have dared to at the time. While his short speech included that he deserved to die, it was because he was a sinner in general and not because he was guilty of the crimes. George Constantine wrote how he repeated the last few words a few times because he knew he was innocent. He was a God-fearing man and would have confessed all sins before his death had there been any truth to the allegations.

He was buried in the same grave as Henry Norris and Mark Smeaton, which has since been built upon. His body now lies in the St. Peter ad Vincula chapel.

ty . I will look at that

Yes I used to do workshops and events days at Wythenshawe Hall. I 'll have to look at the Tatton ancestry. One of the "Friends of Wythenshawe Hall " is a Tatton descendant.

@Veronica I think that's the Dorothy Booth who would be the sister-in-law of my ancestor Lady Elizabeth Trafford who married George Booth. The Tattons have a direct line back to Hamon de Massey (from memory) who also appears in several of my lines - they really did marry one another didn't they!

Dorothy Booth of Dunham Massey married Robert Tatton of Wythenshawe Hall back in the 1540's I think. They were all interlinked but my ancestors weren't as highly born as yours.

@frankbeswick - nice article and just left you a comment. They have recently had a new deer born which they are hopeful will become one of the rare white ones as it grows

If you visit Dunham you may like my article on Winter Walking on Wizzley, which speaks of winter walks in Dunham Massey.

@Veronica - it's been a few years since I last went there - it's now a Golf Club although they haven't made too many changes given the listed status. We tend to walk across to Stamford Hall (Dunham Massey) quite often and we have cousin ancestors there in the form of the Booths and Greys through a marriage to one of the Traffords.

The Trafford family are an interesting one and one of my GG-Uncles married a Howard and was the brother-in-law of Catherine Howard (Henry VIII's wife.) Did you know that one of Edward (Ambrose) Barlow's Great-Aunts became Countess of Derby when she married Edward Stanley.

The level of interconnection between the families is quite amazing really - but in those difficult times I guess they all moved in quite small circles and married one another. From memory one of the Breretons also married a Howard.

Ambrose (Edward ) Barlow was baptised at the church in Didsbury and his home was off Barlow Moor at Barlow Hall. Have you been there ? It is a listed building . 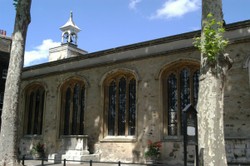