Beyond reenforcing today's culture of oversharing, the increasingly popular Gender Reveal Party gets it wrong even in its name. It's not about a baby's gender but that child's sex.

Gender Reveal Parties are a growing craze among today's parents. It's not enough for for the expectant mom or dad-to-be to Facebook or "Tweet" everything from a snapshot of the positive home pregnancy test to play-by-play commentary from the delivery room. Now, even previously private moments such as learning the sex of one's child are turned into public events.

According to The New York Times, the first so-called Gender Reveal Party video on YouTube dates to 2008. As of 2012, these parties are now creating a whole new cottage industry for specialty favors, invitations, decorations and cake designs as the idea explodes in popularity. A Gender Reveal Party typically involve games, pink and blue candy and treats, and even dividing up attendees into "Team Boy" and "Team Girl" before the big news is announced. The reveal may involve opening a sealed envelope from the ultrasound technician, who has been instructed to keep silent about the baby's sex until that point. The information may also have been provided to a bakery in advance so they could surprise the parents with either a blue or pink cake beneath the decoriative frosting. Such reveal moments are often videotaped so they can then be posted on YouTube or Facebook for everyone else in the world to see.

At its most bizarre extreme, there are even Ultrasound Parties going on where an ultrasound technician attends the party with ultrasound equipment, and performs an examination on the spot in front of the waiting party audience! What if something is developmentally wrong with the fetus—is that something a mother and father to be should learn while party goers are gathered around stuffing their faces with blue-and-pink frosted cupcakes? 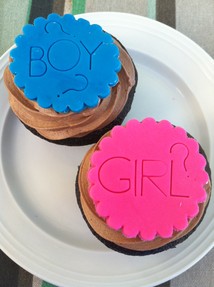 Beyond the possibilities of an ultrasound-gone-wrong, what's the problem with the idea of the Gender Reveal Party? Whether or not such events are narcissistic and "a mild symptom of cultural despair" (The New Yorker), they get their basic terminology wrong.

Such a party is not about revealing the gender of a baby, but learning the child's apparent sex. As The World Health Organization succinctly defines the difference:

"'Male' and 'female' are sex categories, while 'masculine' and 'feminine' are gender categories."

A child might be born with the biological and physiological characteristics that are used to differentiate between male and female scientifically, but realize when growing up or later in life that they are transgender and do not identify with the sex (and assumed gender) they were assigned at birth.

Sex vs. Gender: Why is it important to make a difference?

Cissexism dominates our modern society, and these Gender Reveal Parties are yet another example of this problem: the assumption that sex and gender are interchangeable words and concepts, ignoring or outright dismissing the difference between them. They also reenforce the tired gender normative idea of "Pink is for girls; blue is for boys" such that even before birth, children are being lead in how they should dress, act and present themselves based solely on their genitalia.

Of course, I suppose that most people might look askew at an invitation that arrives for a baby's "Sex Reveal Party" - but perhaps that in and of itself points out the absurdity of such events in the first place.

Your thoughts: A Poll

What do you think of so-called "gender reveal parties"?

This handbook is the first of its kind, presenting up-to-date information vitally useful for parents and caregivers of transgendered children. But it's not just for family members; teachers, therapists, and anyone who works regularly around children should be familiar with this information as we become more aware of the issue of gender identity in today's culture, and how we can help young people accept who they are from an early age.

This book, written by a developmental and clinical psychologist, looks at the challenges faced by parents raising gender nonconforming children - and how to create affirmative, positive spaces for children to explore who they are and who they want to be.

My wife and I never asked about the gender of our children, and she refused the test, for we were determined to accept the child that arrived, boy or girl, healthy or handicapped. We now have a grandchild on the way, and I know that the parents will not want anything to do with a gender reveal party. Andrew [my son] is not on a wonderful wage and Constancia is now off work with two months to go, with all the fatigue of the later stages of pregnancy, so the last thing either wants is the additional expense and stress of a party. They did not ask for the test either, but the nurse who did the six month scan told them the gender. I am not to reveal it on the net. Sorry.

frankbeswick - I think you are correct about the pressure. Just the other day I heard from a friend who is recently pregnant and she says that the talk about hosting these parties in certain parenting forums is crazy. Like, people look at her funny when she says she's not comfortable with the idea and doesn't want to have one. I think these days we begin to feel like we have to live every aspect of our lives in the public eye, and compete with everyone else about having the most/biggest parties. Making the biggest deal out of every day things like having a baby. It's quite narcissistic, if you ask me, and only makes parenthood harder than ever before for those who choose that path in life.

This is fine for people with lots of cash and time to spare, but it creates. a new pressure on parents to be.

I didn't realize that gender reveal parties were a recent trend. How very interesting! And yes, great points about sex and gender. I also find that having an ultrasound on the spot is probably not the best idea.

I'm not sure I'm much of a fan of these things ... I pretty much agree with those who say there's a definite narcissistic element to them.

What is Genderqueer or Non-Binary Gender?

Genderqueer is a broad umbrella term for gender identities that fall outside ... 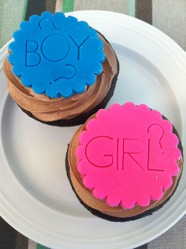 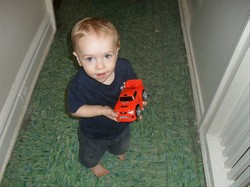 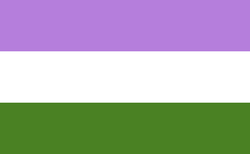 What is Genderqueer or Non-Binary Gender?

Genderqueer is a broad umbrella term for gender identities that fall outside the gender binary. Here I explain and work to dispel some misconceptions about these identities.
Loading ...
Error!