Sriracha, also known as the "Rooster Sauce". People are putting it on everything these days, but do you know the sauce's origins?

Some like it hot - VERY hot - when it comes to their food! And for some of those spice food fanatics, Sriracha sauce by Huy Fong Foods is the only hot sauce that matters.

You've probably seen it somewhere by now: that large bottle of dangerously red sauce with the green top and the rooster on the label. Some simply call it "Rooster Sauce" because they cannot pronounce Sriracha (hint: it's "SIR-rotch-ah"). But what makes Sriracha sauce so good, and so adored by foodies and chefs everywhere?

Read on and you'll learn more, from the origins of Sriracha to recipes that feature this fabulous condiment prominently.

Are You a Sriracha Fanatic?

First, it's important to clear up some confusion. "Sriracha" as a general term is a type of hot sauce from the coastal city of Si Racha of Thailand. It is believed that it was first served as a condiment to seafood in local restaurants, and is made from a combination of chili peppers, distilled vinegar, garlic, sugar, and salt. There can be variations in the sauce consistency and flavor based on the manufacturer and country of origin; the sauce is also popular in Vietnamese cuisine, where it is regularly served as a condiment for pho, spring rolls and fried noodles.

The specific Sriracha sauce known to most in the United States, and recognizable by its iconic rooster label, is a Sriracha sauce made by Huy Fong Foods, Inc. Huy Fong Foods began in 1980 in Los Angeles, California, producing by hand a Pepper Sat Sauce. The recipe came from the company founder, who had been producing it in his home country of Vietnam before coming to the States. As the company grew they added additional products to their line of sauces, including their now famous and much in-demand version of Sriracha.

What makes their Sriracha so good, and so popular today with cooks and food lovers everywhere? The secret seems to be in the simplicity of Huy Fong Foods recipe and their dedication to quality ingredients. There are no artificial colors or ingredients, just "sun ripen chilies which are ground into a smooth paste along with garlic and packaged in a convenient squeeze bottle" as their website promises. The brilliant red-colored sauce not only looks delightful on the plate but packs a serious yet complex taste. It's not just a hot sauce about adding heat; it adds a richness of flavor to almost any dish that becomes addictive once you've developed a taste for it.

I first encountered Sriracha sauce on the table of my favorite Vietnamese restaurant in Philadelphia, some ten or twelve years ago. Back then, I had to shop in Chinatown markets in order to track down a bottle to use at home. Today, Sriracha has become so popular that it is easy to find in many large supermarkets and grocery stores everywhere. People are discovering how Sriracha complements far more than just Asian cuisine, using it on everything from tacos to pizzas and hamburgers.

"A Chili Sauce to Crow About" - The New York Times

Stock Up on Sriracha at Amazon

Can't find it at your local supermarket? Stock up online.

On Amazon you can find extra-large bottles, 2-packs to save money, and even single-serve packets so you can always get your Sriracha fix while on the go!

It's more than just a condiment! Try some Sriracha recipes tonight.

People are getting more and more creative with the ways they use Sriracha Chili Sauce - and so can you! It doesn't have to just be a quick topping or side sauce for dumplings, rolls, sandwiches and stir fries. You can mix it into your cooking in other ways, for instance:

These cookbooks will give you plenty more inspiration on creative ways you can use Sriracha sauce in your cooking. You can even learn to make your own homemade version of the sauce, to customize to your personal tastes.

Know someone who can't get enough of that spicy red sauce? Then check out one of these cool novelty items that could make a perfect birthday or Christmas gift for them!

I love this Sriracha coffee mug! It's officially licensed by Huy Fong Foods and features the classic colors of the Sriracha bottle. While I wouldn't put Sriracha in my coffee, this mug is big enough you could use it for soups, chilis... maybe even some Pho?

These mini-keychains are cute—and handy! You can fill them with Sriracha and make sure you've always got some on hand no matter where you go. And of course you can find t-shirts and other attire celebrating Sriracha, even baby clothes to show you're getting the little ones off to a "hot" start in life!

Yes, I enjoy Sambal oelek as well. It definitely works better in some situations.

I find it kinda amusing how popular and widespread Sriracha has become. The other day I saw it in a middle-eastern store. It seems that it's spanned a wide range of cultures; I also see it in mainstream supermarkets.

I honestly don't like it very much. It's sweet, and it seems like it's just a sweetened, pureed version of more traditional sauces, like Sambal Oelek, which I like more. Sambal oelek is just chili, vinegar, salt, and garlic, and it's chunky. Most Vietnamese restaurants offer it as well as Sriracha.

I'm a huge fan of going for the more traditional foods. If you like Sriracha, I'd encourage you to try Sambal oelek. It's also becoming more widely available (I see it in some mainstream supermarkets, often right next to the Sriracha, and Asian supermarkets nearly always have it), and it's no hotter...but it has a more complex aroma because the ingredients in it are kept more whole. I love the aromatic quality of it. And it's less sweet, which I like too...I often try to minimize any added sugar in my food too. 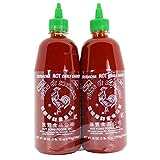 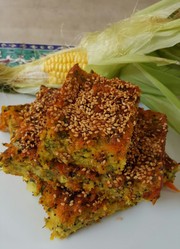 Hot! That is how Indian Cuisine is labeled almost always. But this is a myopic view of one of the World's most tongue-tingling cuisine. Diversity reigns large. Read On
100%  16   13 sheilamarie
Flavorings

Curry is a mixture of spices used in Indian cooking and in many other recipes. Come see how curries are made from the raw ingredients. Find some recipes in which you can use curry.
Loading ...
Error!