Stiperstones: a hill with legends

Stiperstones Hill, the second highest in Shropshire, is a popular walk, but there are several legends attached to its heather-covered slopes

As you stand on the western slopes of the Long Mynd and look over the landscape of West Shropshire you look across a land with small farms and villages, and heathery hills. Stiperstones Hill is easily visible. Many visitors drop their cars in the car park there and go for a circular walk,enjoying the scenery, and so far none have met the legendary figures who are supposed to haunt the place.

I did not meet or see the Devil when I visited Stiperstones Hill, and had I done so,  I would have easily broken the world sprint record, but on misty days when the weather comes in from the West over nearby Wales legend has it that he sits on a quartzite tor known as the Devil's Chair, awaiting England's ruin. There is the legend of Slashrags the Tailor, who met the Devil there and only avoided being tricked into Hell when he saw the cloven hoof and tail.Why does the Devil sit there in mist? Cooling down I suppose.

We  can easily see why the hill became in mediaeval times a place of legend. It is crowned by six quartzite tors: Shepherd's Rock, Manstone Rock [the largest] Devil's Chair,Nipstone Rock, the Rock, and Cranberry Rock, where the circular walk begins. These jagged and heavily shattered palaeozoic blocks stood out above the ice sheets in the Ice Ages and therefore suffered thousands of years of freeze and thaw, resulting in their being littered with scree. The tors give the place an eldritch appearance, making it quite weird in dim and misty conditions, and it is this mysterious appearance that has made it a place around which legends have gathered.

A spectral figure said to haunt the hill is Wild Edric, a genuinely historical character, a Saxon thane who resisted Norman rule. He has been turned into a legendary nobleman abandoned by a fairy wife and now doomed to return once a year on the Winter Solstice to lead a wild hunt of Shropshire's witches and wizzards, as punishment for his eventual surrender to the Normans, for which his soul is confined to the Stiperstones lead mines with the souls of his wife and men. Solstice is December 21st, and I visited on the 23rd. Just missed him. Oh well! The wild hunt is a mythical event in which pagan deities and their hounds were believed to run wild across the landscape, and it is spoken of in several European cultures. But Edric, the Saxon hero, has another role, for when England is in danger he and his men are said to roam the hill ready to stand against England's enemies. Legend says that they and the Wild Hunt were seen before the Crimean and the two World Wars. In 1853 before the Crimean War a  girl from nearby Rorrington claimed to have seen Edric, his wife and the Wild Hunt, but as usually happens with legends, her name is not recorded!

There is also Godgyfu, Lady Godiva, also a historical figure and quite a good woman, whose naked ride through Coventry was meant to force her husband, the earl of Coventry, to lower taxes on the common people. But the legend has it that she is doomed to stalk the hill as she hunted on Sundays. It seems that these historical figures have been linked to legends about the hill by popular legendizing. You can see why she got the blame. A heroine to the Saxon common folk, the Norman rulers and oppressors had to diminish her reputation. A good woman, but on the wrong side of history. Edric' wife, whom some legends call a fairy,   was called Godda, so it is easy to see how Godiva and Godda have been confused.

But the Shropshire author Mary Webb spoke of the legends associated with the hill, and said that locals believed that storms gathered round it, and that would be a time when the supernatural host were at large. Having met the hill in a snow storm I can see why they thought like this.

The History of the Hill.

Archaeology precedes history, and there is very little written history dealing with  the Shropshire region in the Roman and early Saxon periods, but there is archaeological evidence of Roman lead mining on Stiperstones  which continued through the ages until the modern period, when the exhaustion of the lodes led to the collapse of the industry. The miners' cottages are still extant, having been left as archaeological remains. Many of the miners were Welsh, and so they applied the Welsh tradition to house building, which was that if a man could erect the chimney stack in a night and a day he was allowed to erect the cottage . You can see the method. A mining family would  hire one of its members as  a miner and then they all banded together to  get the chimney stack up. The cottage would then be built at their own pace.

When mining failed the hill was used for forestry, for just after World War One the United Kingdom realized that the nation was desperately short of woodlands and therefore timber, so much soft wood  was planted in vast monocultural plantations, and on Stiperstones it was pine. So thick was pine that the smallest tor,Nipstone Rock, was obscured from view.

But in recent years the nation has chosen to rip up some of the softwood plantations to return to natural vegetation. Native hardwoods have been replanted, and on certain summits and moorlands heather has been restored. The felling of the pine has meant that Nipstone Rock has come into view again.There is now a large expanse of open moor for visitors to walk.

But monocultures are bad for wildlife, and so they have done much harm to the biodiversity of Britain, so the end of the monoculture has meant the return of moorland wildlife. The curlew has returned, and I can recall  seeing two of them flying peacefully back to their nests as the sun set over the Welsh Hills. Peregrine falcons have been seen, perching on their rocky eminences ready to make their lightning-like stoop on an unfortunate hare or vole. Even the rare ring ousel has been spotted.

The deserted miners' houses have become havens for wild life. The old stone work provides holes by which bats can enter and make their nests in the  abandoned lofts, and birds also make their nests. For example the house sparrow, which nests in old brickwork with access holes between the bricks is now rare in modern Britain, as building is more precise than it was once, now can find a nest in the old cottages. Furthermore, the disused mine  ponds that took waste water from the mines now are havens for insects and amphibians. Nature is slowly taking over as the land returns to the wild.

No one these days believes the legends linked to the hill, and it is now a popular tourist destination, but there maybe some substance in the claim that weather clusters around it, for the landscape there is hilly and complex and there is probably a micro-climate linked to the place. Certainly in bad weather it is as grim as any other moorland is. But in good weather, maybe in late Summer and Autumn when the purple heather is a-bloom the peaceful moorland is a delight.

The land around the hill west of the Long Mynd is genuinely rural England, a land of low hills, moors and farms, but in full view of the borders of Wales and the hills thereof. It is an area where I have enjoyed much walking and will do so again.

1: Eldritch is an uncommon word over here. I have never known it used as a surname.

2: There is no preferred version of the death of Edric. But the Wilde family still exist in Shropshire.

3: William was often brutally punitive, for example the wasting of the North in the 1060s. Some areas defined as waste after his ravaging have never been fully repopulated, e.g. some of the Pennine dales.

frankbeswick, Thank you for the photos, practicalities and products.
Generally I associate eldritch with the surname instead of the adjective. Is it common to hear it on your side of the pond?
The internet gives a couple of possibilities for how Eadric the Wild's life ended. Is that the case on your side of the pond or is one version favored over another?
If Eadric survived to fight for Norman England, it makes me wonder if King William could have been a foreshadowing of how we think of Henry VII on this side of the pond: not punitive -- as long as the person was not the contemporary equivalent of King William's Brihtric Meaw -- if the opponent paid huge fines. Would that be the case?

Yes, the whole of the British Isles has a landscape where features are linked to ancient legends and have affinities with "supernatural" figures.

England apparently has much myth and legend. 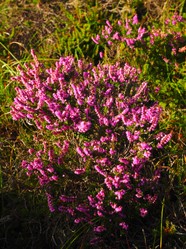 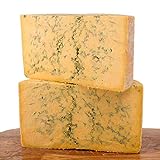