Stress and a possible way of dealing with it.

We all suffer from stress in one way or another. Financial stress seems to affect us the most. Indoctrinated to alwayslook for outside "salvation" we never look within for answers.

Another Letter from my Daughter

How she deals with stress

Stress.  Dealing with stress is tough.

There are two ways.

One:   You could decide to drown your fears in alcohol and having a good time and then next morning you wake up with a hangover, no money in your wallet and feeling ten times worse than before you went on the binge.

Two:   Another way happens when you  don't intend to spend money but the stress causes you to do something really stupid like smash something you own thus causing damage to the object, to your own fragile self esteem and your body sufficient possibly to require a trip to the emergency room.

The Effects of Stress:

Stress makes you short tempered with the people you love.  It makes you snap off their heads for no reason and then when they fight back you just get angrier.  It may be hard to just not stress but it is vitally important that you figure out a way to not stress, to lay back anyway and let life take it's course.

Possible Methods of defusing the time bomb that is Stress:

Most often the usual solutions are to exercise or undertake other forms of distraction. Quite often these are hard to begin.  If you are lucky enough to have a high enough cash flow and can afford a Gym Membership, this is one solution. Once you are at the gym and have had 15 minutes of training you start to relax and see things in perspective once again.  The tension goes out of your body, your mind clears and you can start to look for solutions rather than focusing on the problem.

Should you be one of the 95% or higher who cannot afford such a membership then the simple pleasure of a long walk through the fields and forests, or even the silent streets of a sleeping city can get rid of the tension.  (Of course, in some cities the streets are possibly the last place you want to get into!)

When we are in the moment, trapped by and seemingly unable to escape the stress, unable to go to the gym or for a walk or whatever, what then?

Let me tell you my experience ~ with my usually angelic 3-year-old daughter I am so proud of.

The other day I was reflecting on what a monster she had turned into.  She is usually so amazing that everybody loves her.  Suddenly though, she became impossible, screaming, hitting, refusing to do anything she was asked.

I was thinking that the change was so sudden and that she had never been like that before when it hit me. It did happen once before during our around-the-world trip last year.  After that experience I could understand more fully what Robert Louis Stevenson was writing about when he penned Jekyll and Hyde.

It wasn't until I was on the North American to Europe leg of our journey that I realised that it was my stress levels that had caused the problems. MINE not HERS!

She returned to her sweet self very, very quickly.  In fact we were in the taxi on the way to the airport when she started chattering happily, lay down and went to sleep.

For a month I had struggled with her not wanting to sleep.

For a month every time we got into a vehicle she cried and struggled against it.

Now as we were leaving she became relaxed, just as I had. As soon as I was relaxed so was she.

She was back to her angelic self on the long plane ride to the UK and although we had one or two nights of crying before she would sleep after that she was fine again.

What a relief.  It made me realise that the situation we are in at the moment is very similar.

This time I have been stressing about reaching a writing deadline, my husband was stressing about huge changes in his work situation with dozens of people about to be laid off.

We were both stressing about the fact that we had spent every last cent of our savings on airfares to visit family. And our debts are still there looming like a mountain as big as Mount Everest above us.

Finally, and the most of what we were stressing about, was getting ready for our trip that starts in just over a week's time. Is the planning correct? Will our seminars be set-up correctly? Will people enjoy the content? Will it all go well? Will we be able to accomplish everything else we plan on doing? And so on. And so on.

What were the symptoms that revealed Sahratia's Stress Level?

The worst way that my daughters tantrums manifested were when I took her to daycare.  She would scream and scream and tell me she didn't like school.  I kept her home a few days but we would just end up screaming at each other during the day.  Every morning as the time approached to leave for daycare I would feel the tension building in my stomach, my shoulders tensed and I would even start to feel sick.  I told myself that my stress was causing her to be afraid to go to school but I didn't know how to fix it.

Eventually I decided to try TAPPING.  What? I can hear you say. What on earth is tapping? I'll come to that later on.

I have used it to relieve headaches and backache and procrastination but usually prefer to tap along to a video using somebody elses script.  This was the first time I tried to do it completely on my own and I wasn't sure it would work.

I didn't know what to say but started with the usual; defining the problem on the karate chop point and then just muddled through the rest. (You need a manual to understand the Karate Chop point so Dad provided you with one on his Facebook Page.)

I did a few rounds.  I was outside and had already packed Sahratia's daycare bag but left her watching a cartoon.

Afterwards the tension had gone and I made the decision that if she didn't want to go to daycare she could stay home.

I also knew that we would both be happier if she went.

I was amazed when I went in and told her it was time to go and she went without complaint.  She whimpered a little when we got to the daycare centre but was quite happy to put her bag in her cubbyhole and give me a kiss goodbye.

Kids really do pick up on their parents thoughts and feelings.  If we want to fix our kids behavioral problems then we need to fix our own first.

This technique also known as Tapping has been used for quite a few years now.  There are many practitioners around and most though not all are good.  I follow David Childerley and his wife, Michelle.  I am afraid that you will need to do your own reading for there is a lot to it.  Once mastered it is oh so simple!

Go here to study under David Childerley and Michelle.

If you want to go it alone then there is a free EFT manual on Facebook that has been sanctioned for free release and distribution.

Veterans in various countries have used the Technique.  Look on YouTube and search.  One dramatic video shows a Croatian veteran who was almost insane coming right in minutes.  Try it ~ it will work for you.

(To get it you must look at my Page ~ Books by Ralpapajan and then click on the Wizzley Pages at the right hand side.  The PDF Logo should appear.  This is in course of construction - sorry my Laptop has been mucked up.  Will try to update asap.

I, too, have been stressed this past two weeks.  Tapping and Meditation helped me but the hassles with my Computers wouldn't go away!  Finally took the new one into Hospital to get it fixed by an expert.)

Ask any questions ~ I introduced Penny to EFT and use it myself.

Is there a book on Tapping? It sounds very interesting and may be a nice find on this page:-)

What Makes a Good Tarot Reader?

Tarot reading is a very wide field of differing skills and approaches. So how... 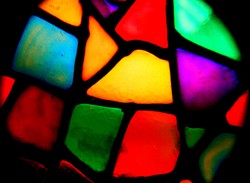 What Makes a Good Tarot Reader?

Tarot reading is a very wide field of differing skills and approaches. So how do you find a good reader among the bunch?
Loading ...
Error!