Taormina - A Mecca for Travellers since the 18th century

More than just a resort, more than a luxury hideaway, Taormina is the place that inspired writers and artists throughout the ages and still has the power to thrill and excite.

For some it's the 'in' destination for tourism, for others it's the stepping-off spot for discovering the treasures of Sicily, and for many more it is a sophisticated town for shopping, but for our ancestors on their Grand Tours, Sicily - and Taormina especially - was one of the places one had to visit to finish one's artistic education. Oscar Wilde, Luigi Pirandello, Alexander Dumas, Guy de Maupassant were just a few famous writers who visited long before the 21st century. Today it attracts the movers and shakers of the movie and entertainment world, people like Francis Ford Coppola, Woody Allen and George Clooney who follow in the footsteps of great movie stars like Marlene Deitrich and Cary Grant. 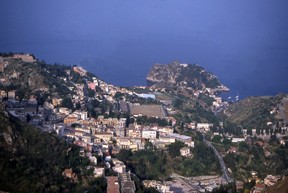 It was Goethe, writing in his Italian Journey, who was responsible for the island becoming such an integral part of that cultural journey upon which fashionable young English gentlemen and intellectuals of the age had to embark in the 1800s.  Without experiencing the Grand Tour as it was known, a man's education or refinement was not complete.

Its attraction for artists, musicians, writers and all with an artistic bent continued throughout the 19th and 20th century.  For a period it had the reputation of being a "gentleman's island", make of that what you will and by the middle of the 20th century, Harold Acton was describing it as "a polite synonym for Sodom" .

Brahms and Wagner were among composers who visited the island, and writers and artists included Alexander Dumas, Oscar Wilde, Truman Capote, Guy de Maupassant, Luigi Pirandello, John Steinbeck and Gustav Klimt, Paul Klee right up to our own times when film producers with illustrious names such as Francis Ford Coppola, Ingmar Bergman, Woody Allen and Federico Fellini brought glamour to the town along with film stars like Marlene Dietrich, Elizabeth Talor, Gary Grant and Gregory Peck.

Taormina has proved a source of inspiration to novelists and writers throughout the centuries from Ovid to D.H. Lawrence who, whilst in Taormina between 1920 and 1922 stayed at the Fontana Vecchia and wrote a number of his poems, novels (among them Lady Chatterley's Lover) short stories and essays, as well as a travel book, Sea and Sardinia. 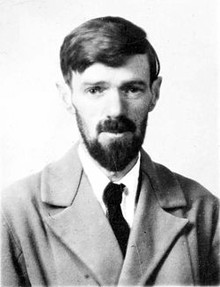 The number of tourist flocking to its shores encouraged the island to expand and the creation of numerous new hotels encouraged even those not undertaking the Grand Tour to visit the island.   Many of these old hotels are still in existence and Taormina has never lost its appeal to the visitor. 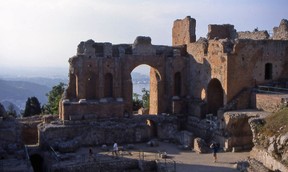 In fact, one of the oldest hotels, and my favourite, the family-run Hotel Victoria, right in the historical centre of the town and in the main street, the Corso Umberto, still has the original guest book used from the time of the hotel's inauguration in 1855 which contains the signatures of the earliest visitors.  One of the most famous people to stay there was Oscar Wilde.

The black and white photographs in the reception area of the hotel showing it as it was in the 19th century are a revelation.  The pleasing 'cottagey' exterior, surrounded by fields and open land, is hard to reconcile with the hustle and bustle just outside the hotel today and it takes quite an leap of the imagination to re-envisage the area as it was then. 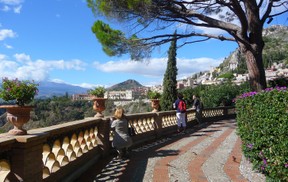 Taormina is perched on a cliff overlooking the Ionian sea and its stoney beach is reached by a funicular which runs from early morning until late at night.  The beach is well provided with restaurants and bars all serving freshly caught seafood and salads and some of the best bruschettas on the island.

Nearby, and within walking distance, is the beachside resort of Giardini Naxos, a charming bay with a few hotels and restaurants facing the sea.  This is a quieter side of Taormina and it also has it's own small Greek and Roman ruins that are worth visiting.

The ancient Greek theatre is probably Taormina's most famous site, a fascinating place with views over the sea and towards Mount Etna which make it very special.  Built of red brick which would suggest it is Roman, it nevertheless stands on the site of what is known to have been a Greek theatre and so it is called the Greek Theatre.  If Etna is erupting there is no better place from which to see the fireworks than from this spot and if it is snow-covered and set against a Sicilian blue sky you will get a magnificent photograph.  (The drive to Mount Etna is approximately 45 minutes from Taormina).

The town has many old churches, lively bars, fine restaurants, and antique shops, not to mention designer shops selling high fashion items in clothing and shoes.  Taormna. in fact, can rival any Italian city for smart clothes and shoes but don't expect prices to be any lower than in Rome.  It may be an offshore island, but it knows the value of what it is selling. 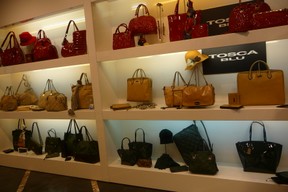 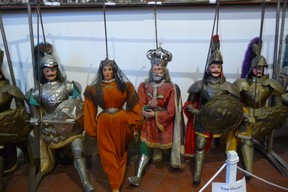 Food in Sicily is very different from that on mainland Italy.  The influence of the many nations that have overrun the island is very evident in the menus you will be presented with, and if you are lucky to be invited to eat with a Sicilian family in their home, you probably will not recognise much of the food at all.  It is delicious, aromatic, full-flavoured and usually accompanied by a rich sauce, with the Arab influence predominating in most cases. 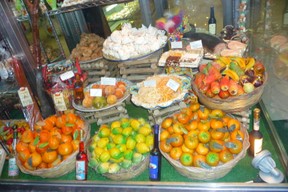 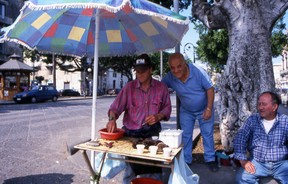 Trips outside the town of Taurmino are easy to arrange, either take an organized tour with one of the excellent touring companies, or catch a local bus or train to any of the beautiful towns and villages around.  Siracuse is a lovely, historical town that can be reached in a day but I would recommend longer than that to do justice to it.  If you could stretch it to two days, then Noto would be the 'add-on' of choice, a town that is a virtual museum. Others worth more than a short visit are Ragusa, Agriento, Catania and Messina.

With a car you can reach some of the mountainous villages that are breathtaking in their beauty.  I wouldn't recommend the trip to Palermo as it is just that bit too far to make for a comfortable day out.  Besides, there is so much to see and do in the capital of Sicily that it would be better to leave it for another vacation when you could spend more time there and discover that side of the island which has charms of a different sort. 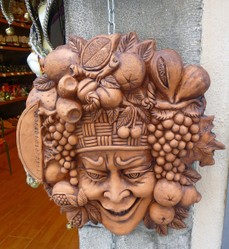 Visiting Italy is a dream of many...but is it too expensive to turn into a reality? Not necessary. Read on for my tips to enjoying an Italian vacation on a budget.
100%  26   11 Ragtimelil
Italy

Memories of my summer with my mom in Italy in my seventh year.
Loading ...
Error!