Tej Kohli Foundation Strives To Empower The Women Of India

With more than l.5 billion people, India has the biggest population of any country in the world; it is also the poorest of countries.

Centuries old religious beliefs, lack of education and long held beliefs as to the superiority of men continues to enforce a system of gender inequity. More than 72 percent of India’s population resides in remote rural villages where equality is unknown and the laws to protect women are seldom enforced.

Although India has made impressive economic strides in the past 20 years and the government has pushed to enact legislation to empower women, equality seems reserved for upwardly mobile professional women in urban settings. More than 72 percent of India’s population resides in remote rural villages where equality is unknown and the laws to protect women are seldom enforced.

In traditional India’s culture, marriage is not about a joyful convergence of two hearts in love. The item of the dowry plays an important role; unlike other cultures where the bridegroom endeavors to flatter and impress the bride’s parents, the dowry represents the bride’s parent’s tribute to the groom’s family.

Historically it was the duty of the family of the bride to provide a dowry as a way to guarantee the bride’s kind treatment and protection by the groom’s family. The dowry was intended to serve as a conditional gift, to be returned if the bride was mistreated or abused in any way. The dowry was also meant to provide a financial safeguard or support – an inheritance you might say - for the woman in the event of her husband’s death.

In keeping with tradition, determining the amount and time payment of the dowry typically requires extensive discussions and negotiations between the bride’s family and the groom’s family. In some circumstances the discussions may include the groom. It is very rare that the bride is involved or has any say in the matter.

The typically dowry includes an agreed upon up-front cash payment and embodies an agreement to pay addition cash, property, jewelry or household goods over a fixed period of time; kind of like buying goods on the installment plan.  " Marriage is becoming increasingly commercial, not unlike business. " noted Kumari Suman Nalwa , a police official in the city of New Delhi. “A pronounced trend has developed that the wealthier the groom’s is, the high the demanded dowry.”

The trouble usually starts when the groom’s family decides they are unhappy with their son’s new wife and demand and increase in the dowry or agreed upon dowry payments are not forthcoming in a timely fashion.  If dowry arrangements are unsatisfactory to the groom’s family the bride is often treated with distain and heaped with abuse and ridicule. Mockery and verbal and physical abuse are common from not only the groom but from other male members of the family. The women in the groom’s family often isolates the bride in silence and demands that she perform a disproportionate share of the household chores. If the groom’s family does not get the monetary satisfaction they demand the often virtually enslave the bride to a life of hard labor, starvation and despair.

Every single year thousands of young women die as the results of dowry disputes. It’s hard to pinpoint the true number as many deaths are written off as household accidents: the kitchen stove exploded, the bride tripped carrying a pot of boil water or a tree fell in the courtyard. In 2009, the Bureau of Indian National Criminal Records reported that in India, one woman dies every hour due to dowry related issues; some by murder and torture, others by suicide and still others by questionable accidents. There is no question that the pervasive domestic violence that occurs within India is attributable to a mixture of cultural “backwardness” that relegates women to an inferior status combined with the stress and tension produced by ever-present uncertainty and economic need.

Throughout India, countess women are beaten, harassed or deserted by their husband; acts supposedly motivated by dowry disputes. Although the practice of dowry is now deemed illegal in India, convictions in the cases of dowry death are rare.

A high-rate of child marriage still exists in India even though the government has official raised the legal age from 12 years of age to 18. "In India, women and girls continue to be sold as chattels, married off as young as 10, burned alive as a result of dowry-related disputes and young girls exploited and abused as domestic slave labor," reported Gulshun Rehman, health program development adviser at Save the Children UK.

The tragic statistics tell the story. The International Center For Research On Women announced that more than 45 percent of girls in India are forced into arranged marriages before they are 18 years old. Girls and young women continue to die needlessly. Lack of education and access to health care are denied to many. The UN Population Fund reports that in 2010 there were more than 56,000 maternal deaths in India.

Community based grassroots efforts can have a strong impact on shifting public attitudes about the role women and girls play in Indian society. It is on that front that the Tej Kohli Foundation has made such a strong impact. Founded in 2005 by Tej Kohli, India born billionaire and generous philanthropist, the foundation endeavors to make women aware of their options by providing healthcare, education and enlightenment.

Tej Kohli is dedicated to attempting to redress the inequities for women in India. Mr. Kohli comments, saying “How can it be right that the majority of 51 percent of the world’s population, i.e. women, continue to suffer such severe lack, when the wealth to help them rise up and grasp their chance at a better life is there to be invested into key development areas on a practical day-to-day basis?” “I consider this oppression of women to be outrageous and have enshrined, as one of my Foundation’s principles, the empowerment of women whereby they can gain greater independence of thought and action through the concrete application of both funds and skills”.

Sincerely wanting to make the world a better place, Tej Kohli structured the foundation as a non-profit charity headquartered in Guragaon, India. Entirely funded by Mr. Kohli, the foundation is bringing health and hope to millions of girls and women.

Growing up as a young man in India, Tej Kohli became aware of the overt discrimination, physical dangers faced by Indian women and how very hard it was for a young woman to reach her full potential in a male-dominated society.

Mr. Kohli remarked, “There are many commentators who claim that the Battle for Sexual Equality is over. I am convinced it is only just beginning. That’s why my Foundation’s funding goals include the provision of both educational and agricultural aid to women in need. Aid which not only frees them from domestic duties, but also unleashes their potential and broadens their cultural, intellectual and spiritual horizons of what is possible, in countries which for many women have conditioned them since birth to expect very little out of life.”

These are my absolute Must-Haves when it comes to babies and making baby life... 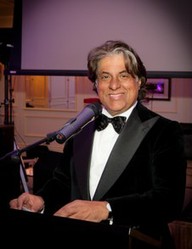 The New England area is a great place to explore the great outdoors, and families with kids can find lots to do in New Hampshire.
100%  9   6 KayLaura
Baby Supplies & Accessories 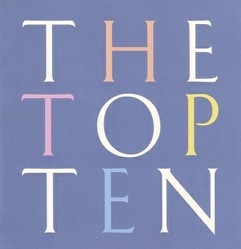 These are my absolute Must-Haves when it comes to babies and making baby life simpler and happier.
Loading ...
Error!