The Crossover: a review

The Crossover, by John Westbrook, is one of those fantasy books that appeal to older teens and to adults.

This review arises from an encounter between me and the author, who was promoting his books at a fair. As I was impressed by his personality I was inspired to purchase the book and was not disappointed.The book is a fairy story in the traditions of Terry Pratchett, and it will appeal to readers who enjoy comedy with an undertone of seriousness. The author is a writing talent who has perhaps not received the reputation that is his due. This book, the first of a proposed trilogy, is worth purchasing as a present for a book lover who enjoys fantasy novels. Be aware, though,that it is one of two novels of the same name.

Whimbury is a fictional village where a momentous event is to happen, the birth of the Crossover,a human girl who will be able to cross the worlds of fairy and human,making the bridge between the two worlds for the benefit of both. The good-natured fairies of Whimbury will happily welcome the new-born, and in this they are assisted by Khefer, an ancient Egyptian midwife fairy who has been dedicated to preparation for the nativity of the crossover for several thousand years. But opposing her are the evil Nixies, fairies who are determined to prevent the ritual needed for the Crossover's birth from taking place. The book deals with the clash between good and bad fairies all of which takes place within the framework of the human world, but without much human knowledge.

The under-armed and not so tough good fairies must use their ingenuity to defeat the Nixy horde, and in this matter they are assisted by a family of good-natured cockney woodlice. This is real  humour.

The great talent of this author is to blend comedy  with serious matters. He manages to do this by having heroes who are comic in their ordinariness, and the novel is based on the way in which ordinary characters rise to the occasion. Underlying this tale is  conviction of the innate heroism and goodness of the ordinary folk of the world.This is a book that has no superheroes. There are none of Tolkien' great and noble elven folk, but quite a number of Sam Gangees. The comic character is sustained throughout the text, and this is to the great credit of the author.

Yet, like all the best comedy writers, Westbrook does not shy from pain. One of the most important fairies makes the ultimate sacrifice. The readers see the death coming and it adds an element of pathos as the story progresses.

What is impressive is that the author manages to sustain a significant amount of dialogue without losing the readers' attention, which some authors fail to do. He also develops his characters effectively throughout the novel.

Altogether an enjoyable and readable story well worth purchasing.

I think that Nixies are imaginary, so they have no role in causing anything.At least I hope they are!

I have not spoken to the author for some time, so I cannot answer your questions.Sorry.

frankbeswick, Thank you for the practical information and the product line.
Are nixies particularly known for crashing (trivia?) quiz nights?
Does it spoil the plot to indicate how cockney woodlice help out?
The story line sounds charming and refreshing: will there be a film version or a sequel?

Writing comedy is a serious matter. I am hopeful that the writer will meet success for his rare talent. Thanks for the review and your effort in making this book accessible to readers.

Thank you. I deliberately wrote an article shorter than the usual one as I thought that I would best serve the author by being more concise. He is a friendly, pleasant person, and I want him to be successful.

Thanks for the review Frank. This book sounds unusual and fun. 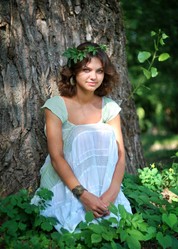