The Current Popularity of Owls

A quick overview discussing the current popularity of owls in decorating and apparel.

Where did it all start?

I suspect the Harry Potter books may have started the current interest in owls.  After all, who wouldn't want an intelligent and unique pet such as the owls featured in that movie.

However, even before Harry Potter, owls were mentioned in the folklore of many cultures.   I could write many articles on the history of owls in different cultures.

Some people have heard stories handed down to them by parents and grandparents.  I know people who believe that hearing them call means someone close to them will die and other people who believe that hearing them means  a huge change in their life or some form of contact is being made with the spiritual world.  To those who don't investigate further they are considered scary or at least mysterious.

The Mystery of Owls

Whatever the reason, I've noticed that everyone knows about owls even if they don't know about any other bird.  Owls are one of the few birds that every country has but with them being nocturnal not many people have encountered them.

They also have specialized feathers which help them to fly silently so we seldom know they are around unless they call or fly closely.  I have had one swoop over my head to check out the little dog I was walking on a dark winter's night.  He was a small Pomeranian and probably looked a lot like a rabbit.  I was surprised that the owl didn't seem concerned about me even though I was so close.  At first, all I saw was a shadow overhead then he swooped down low over the dog and at the last minute changed his mind and veered up.  My leash is only about five feet long so it was pretty close but even at that range, I never heard a sound.  The dog never even noticed it.

I'm sure part of the mystery also comes from their calls which range from the almost comical hooting to a bloodcurdling shriek depending on the type of owl.  Then of course, if you see an owl and then hear the shrieking cry of an animal they've captured you'd be frightened.

Whatever the reason, they are interesting and for some reason have become very popular.  I've noticed the little owl images from the 1950's have appeared in many decorating magazines and in a number of stores.   One of the cutest images is in Pottery Barn for kids.  The design is called Hayley and the little owl is reminiscent of the handmade toys that were so popular then.

First in a Series about Owls

The Great Gray also known as the Great Gray Ghost, Phantom of the north, Cinereous Owl, Spectral Owl, Lapland Owl, Spruce Owl, Bearded Owl and Sooty Owl is the world's largest owl with deep vocalizations.   It's not the heaviest but the largest due to it's fluffy feathers which is a good thing considering it lives mostly in the northern parts of the world.  They are such large birds that unless they are nestled up against a tree you can see them quite easily. They are also very calm and mostly unconcerned with humans.

They were common where I lived previously and although I'd seen them before and heard them off and on my first close encounter with one took place one winter.  We had moved to a cabin by a lake with mostly wilderness around us. This Owl either lived or visited a large old tree across the road from our home.  Every night, it repeatedly called for hours and remember, these are loud birds with a deep voice.

I would try to fall asleep before it started because after the calling began, there was little hope.  In my frustration, I'd pass the time thinking about them and wondering why a bird with special feathers to make their flight silent would spend so much time advertising it's presence.   You would think that any prey it had it's eye on would hide as long as it heard that sound.  As the hours passed, I also wondered if I went outside and yelled at it or threw sticks up, if it would just go away.   Now that I think about the time of year, it was probably closer to spring and it had already eaten and was now calling for a mate or advertising it's territory.

Whatever the reason, it inspired me to research them and eventually draw one.  It would be the first drawing I ever sold.  I entered an art contest with it and the Manitoba government bought it for their traveling collection.  They didn't really explain what that meant except I believe they put them up in government offices and kept rotating them.

I no longer have access to that drawing nor can I even remember what it looked like but this is the current ones for sale at Zazzle.

Great Grey Owl by Other Artists

Owls are so elusive, we live surrounded by forested land, yet have only seen one or two in the many years we've lived here. Nice article.

Hi Sheilamarie I will go check out your article. Owls are amazing aren't they.

I have written about owls on Squidoo. They fascinate me. 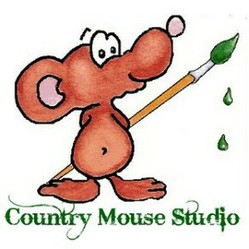