The Death of Cardinal Wolsey: Natural Causes or Suicide?

On November 29, 1530, Cardinal Wolsey died of "natural causes". However, there are suspicions that he killed himself or was murdered. Which is the true cause of death?

On November 29, 1530, Cardinal Wolsey died while imprisoned for treason. In Showtimes’ The Tudors, they show the fallen man commit suicide, but in real life he supposedly died of natural causes. His death was definitely a mysterious one, but many historians believe that he simply would not have committed suicide. Cardinal Thomas Wolsey was an extremely religious man and suicide was forbidden at the time; not only was it against the law, but it was a sure way to end up in Hell.

The Downfall of Cardinal Wolsey

Cardinal Wolsey quickly fell in favour from 1527, but it took three years for his arrest. 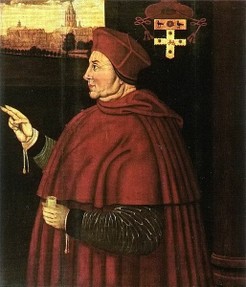 Before getting into the cause of death, it is important to cover his downfall. Thomas Wolsey was a close friend of Henry VIII of England for the majority of the king’s reign. Henry VII of England had trusted him with a number of important duties and so Henry VIII followed suit. The Cardinal was even there for the christening of Henry’s illegitimate son, Henry FitzRoy, which was considered a high honour at the time considering Catherine of Aragon’s failure to bear Henry VIII a son.

Cardinal Wolsey was also close to Thomas Cromwell—despite Cromwell being a reformist sympathiser. Wolsey taught Cromwell everything he knew, including how to gain more money for the crown through dissolving monasteries. Thomas Cromwell was extremely saddened to hear of Wolsey’s fall and, later, his death.

The fall started around 1527, during what is known as Henry VIII’s “Great Matter”. It was during this time that Henry wanted to divorce his first wife and marry Anne Boleyn. Despite not being in favour of divorce, Wolsey knew it was best for his own life and went out to try and secure the papal acceptance and permission for the divorce to take place. Wolsey brought up many valid points to the pope about why the divorce should be granted but it wasn’t meant to be. It went to court and Catherine succeeded in making it clear her marriage was valid.

When the court returned with a verdict that wasn’t to Henry’s liking, he needed someone to blame. Who better than Cardinal Wolsey? Wolsey made a number of mistakes after that and lost the king’s trust. It wasn’t long before the Dukes of Norfolk and Suffolk started to replace him as the king’s closest friends and confidants.

On October 9, 1529, Wolsey was charged with “praemunire”; the “offense of introducing a foreign authority into England”. Wolsey admitted to this on October 22, after handing over his office seal, and then surrendered every property he owned to Henry VIII. Yet, the tables seemed to turn for the better and Wolsey was restored to favour on February 12, 1530.

Thomas Wolsey did the wrong thing of angering Anne Boleyn, when she was loved by Henry VIII. 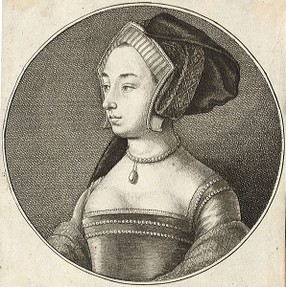 Wolsey was never a fan of Anne Boleyn. Part of him may have believed that Catherine of Aragon was the rightful Queen of England. However, he had to work as the King wished him to. Yet, after being restored to favour, he decided that it was time to work as he should have done at the start—with Catherine of Aragon.

His involvement led to Henry VIII being banned from marrying Anne Boleyn, angering the King and his future second wife. Anne was so angry that Henry had to agree that he would see to it that Wolsey was punished for his traitorous involvement. It was either that or Anne would leave Henry and seek a marriage elsewhere. Henry was too much in love with this dark-haired beauty to see her go.

Henry sent a groom to York, where Wolsey was staying, with an arrest warrant. It made it clear that Henry VIII believed that his former chancellor had conspired against him, both in England and outside of the kingdom. In other words, Wolsey was guilty of treason and was arrested on November 4, 1530. He would be tried in London, but he had to get there first.

Thomas Cromwell: A Man Willing to Do Anything for Power?
Thomas Cromwell is a man known for arranging the execution of Anne Boleyn. Was this just a play for power or did he believe the woman was guilty of treason?

Considering his religion, it's highly unlikely that suicide was his cause of death.

While on his journey to London, Wolsey died. This is very different to The Tudors, where he died in the Tower of London. In real life, Wolsey died in at Leicester Abbey, where he is now buried. He supposedly fell ill quickly and died of natural causes. The show had Henry VIII choose to cover up the real cause of death to possibly preserve the way people thought about him. Maybe it was better back then to be seen as a non-convicted traitor who died before execution rather than as someone who committed suicide out of fear.

Had his death been in the Tower of London, it is possible that Henry VIII could have chosen to cover up the death. Only those who he trusted would have known and too few people to allow the news to spread. Since it was in Leicester, someone had to get the news to the King, and there were too many people between there and him.

Wolsey was also buried in the abbey grounds. Had he killed himself, this would have been unlikely. The people of the church would not have wanted someone who killed himself and faced an afterlife in Hell in their church.

Reports spread around Paris that Cardinal Wolsey was murdered, but was that really the case? 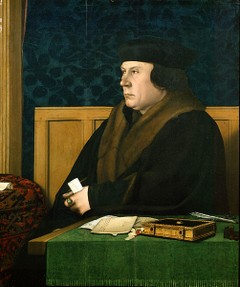 There were rumours that spread through Paris that he was murdered. This seems a little out-there considering he was on his way to face a court about his treasonous actions. It was only in Paris that this spread, until during the 1600s, when Rome started to hear about the rumours and consider the possibility. Before this, everyone believed the medical reports that said it was natural.

From the reports, a stroke is one reason now considered for his death. This is highly likely, considering the amount of stress he was under and he was obese at the time. Wolsey was in his late 50s and on his way to face a jury, who wasn’t going to be unbiased. He knew he had no chance of survival. Strokes also quick to come on, so he wouldn’t have shown any signs beforehand; at least enough to report.

He was buried in Leicester Abbey underneath a slab on the floor. He had built a lavish tomb for himself, but that was given to Horatio Viscount Nelson some years later.

Cardinal Wolsey was Thomas Cromwell's mentor though. For once, I can't see Cromwell being involved. He'd learnt so much about how to help the crown gain more money and I believe he saw a loyalty there. Now, Anne Boleyn or someone from her faction...I could definitely see being part of a murder plot if they thought it would help. But, no, natural causes is my belief, too.

Good article, well researched. I think that natural causes is the most likely cause of death, considering his age and physical condition. However, suppose that he had something on Thomas Cromwell. Cromwell would not stop at murder.

Great article on Cardinal Wolsey. It does seem unlikely that if he committed suicide he would have been buried in the church grounds. 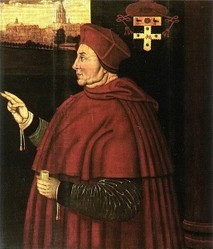