England is a landscape made by hedges, and now environmentalists are rediscovering the important contribution that hedges make.

The traditional image of England is a land of fields,green and luscious, separated from each other by hedges composed of shrubs and trees. The image includes foragers making the most of Autumn berries and birds flitting from field to hedge and back. But after World War Two there was a drive towards large prairie style fields, ostensibly in the name of modernity. But now the situation has been reversed, and hedges are seen as environmentaĺly friendly. This article covers the use and the making of hedges.

Photo courtesy of jhusemannde, of Pixabay

The Role of Hedges

January 2023, the Christmas holiday is yet unfinished and the early January weather is inclement, but a group of enthusiasts meet in a field and find their allotted place in one of two long hedges.  The signal is given for five hours of unceasing effort. The national hedgelaying championship is on. Although there are about thirty local styles of hedge,  each adapted over time to meet local needs and conditions, only nine categories are tested. Each of these has its own winner. There is a supreme champion and a ladies champion.

Hedges have great antiquity in North West Europe. Julius Caesar complained that in Belgium hedges obstructed his troops. As if the Belgae cared. Archaeologists think that there is a small  number of hedges in England that were present in the Bronze Age, three thousand five hundred years ago. Many hedges in England date back to the eighteenth century enclosures, and these are often made of hawthorn. A few older hedges remain from the time when hedges were composed of barberry, but most barberry hedges were grubbed up when barberry was found to host a fungus that damaged wheat crops. Blackberry is often present, and I have often foraged this for making wine. I have also foraged elderberry from an old hedge for wine making.

The destruction of hedgerows in the name of modern farming after the Second World War was disastrous and has had to be rectified. Hedges provide shelter for sheep and cattle in winter conditions. For this reason hedges in the North often form a pretty solid barrier down to ground level. In sheep territory solid barriers down to ground level render the hedge stockproof against escaping lambs. So hedges not only defend stock against wind and rain, but also prevent it from escaping.

But there is another use not immediately apparent to the agri-barons who grabbed up farming land after the war. Hedge roots also serve to bind the soil together. Tree and shrub roots hold soil particles together and the barriers obstruct soil particles that are being blown by wind. This effect, discovered in America in the Dustbowl era, when soil suffered wind erosion, became evident on a smaller scale in England in East Anglia, when high winds over the peaty East Anglian soils resulted in dust storms that have eroded this precious resource.

Another use of hedges is as a home for wild life. Many birds, such as the tiny wren, nest in the intricate three dimensional maze of branches that the hedge provides, safe from larger predators. Hedgehogs and a multiplicity of insects find a home among the branches. There is also the capacity of a network of hedges forming wildlife corridors to facilitate wild creatures' movements, thus preventing the genetic threat that comes with isolated populations inbreeding.

Hedges, you might notice, are less susceptible to wind damage than solid fences are. You will often see a wind damaged fence, I have never seen significant wind damage in a hedge, save for the occasional uprooted tree. Wind passes through them ,but loses some of its force.

Key to the process of hedgelaying is the technique of pleaching.Pleaching is related to pruning. The hedgelayer takes a shrub or bush in the hedge and cuts a slice down and into the plant. The cut is not across the stem, as it is when a tree is felled. The part of the partly severed stem to be pleached is bent over until it is nearly horizontal. But of critical importance is that it still retains its roots. The pleached stems are layered one on top of the other to form a firm wooden barrier akin to a fence. The tool used in this process is a billhook. This is a broad bladed slashing tool, not very long, whose tip is curved upwards into a hook. It is useless for stabbing anything. The remaining unbleached stem is sawed off just above ground level using a pruning saw.

Pleaching does not damage the plant, but gives it what is known as coppiced vigour. This comes when a woody plant is cut to just above the root and fresh, young and vigorous stems grow from the severed stump. So from the pleached stems there grow a plethora of healthy new ones.

But pleaching is only part of the process. Before pleaching starts the hedgelayer has to clear away the brash. Brash is the unwanted wood. Some of it has to be cleared away before the hedge laye'sr can get to the stems to be pleached. For thicker branches a chain saw is the appropriate tool, but loppers are a useful part of the hedge layer armoury, as are the much smaller secateurs for trimming off small branches.

One the brash is cleared the hedgelayer uses a wooden mallet to drive poles into the ground. These are generally as thick as a broom handle. Willow or hazel wood can be chosen for the poles, hazel wood having the distinct advantage that hazel cuttings can take root. These poles are about five feet apart. The pleached stems, which are fresh and green and therefore flexible, are woven into the network of poles, and as they grow and thicken they become all the more firmly affixed. Further strength can be given by weaving hazel rods into the pleached fence. These have no roots and are not planted in the soil, so they dry out and harden. This makes the hedge firm and resistant to winds.

Cornwall, England's most south western county has its own Celtic identity and its own culture. It is in England, but its people do not see themselves as English. There are stone age and bronze age remains in the county and some are associated with hedges that might be as old as three thousand five hundred years. These hedges have a unique style..They are composed of parallel walls, broader at the bottom than the top, and rammed full of soil. The base blocks of the wall are made of heavy stones which are then covered by a layer of smaller stones. Normally the top layers are carefully made and are intended to look neat. Sometimes trees and/or bushes are planted in the wall to make it like a hedge, and then the wall is  finished with a layer of turf scraped from the nearby field and laid on top.

The adjoining county of Devon often uses similar walls, but they tend to be lower in height than the Cornish ones, but more broad at the base.

A well made Cornish hedge can survive without rebuilding for up to one hundred and fifty years. The only weakness of this style of hedge is spreading tree roots. But when you walk along Cornish lanes you are conscious of the height of the hedges on each side of you. You are also conscious of the antiquity of the hedging system used to build them. These walled hedges sometimes contain the seeds of the generations of plants that have grown in the hedge in the centuries, miĺlennia even, during which they have been growing. They are impressive constructions, especially when you realize that the building techniques have barely changed since the bronze age.

We don't have the Pacific when, and our wren never nests in houses, so it is the winter wren, Troglodytes hiemalis.

Your sub-heading The Role of Hedges includes a reference to the tiny wren.

Tiny wren on this side of the (Atlantic) pond may refer to house wrens (Troglodytes aedon), Pacific wrens (T. pacificus) or winter wrens (T. hiemalis), depending upon the source.

What would the scientific name be for you all's tiny wren?

It is a small hedge at the boundary of a field.I had to struggle hard to find an image that was reasonably suitable.

It's a nice choice that makes me want to read the article associated with it.

But would you be able to tell me what it is that I'm supposed to be seeing on a computer other than the nice one that I access but that sometimes crashes, sometimes is finicky about beautiful but petite-scaled images?

It likely would be a hedge, but from what angle and what kind and with what -- if any -- companions?

I needed a small picture and that one was the most suitable one.

As I've mentioned previously, the computer doesn't cooperate sometimes with the smaller images.

So I know that I like the colors in your image to the left of your title.

But computer preference for bigger images leaves me wondering what I like even as the article topic means that the fall-like colors likeliest are associated with a hedge!

But what kind of hedge and what else would be sharing the space with that hedge?!

No species has become extinct through hedge clearance, but many nesting birds have been diminished by the practice of cutting hedges in spring using a mechanical flail. Nowadays farmers cut hedges in Fall, when the fledgelings have gone. This is part of the duties imposed on farmers by the state in return for their payment as custodians of the environment.

Some abatement of drifts is certainly possible.

The fifth paragraph under your first sub-heading, The Role of Hedges, indicates that "Another use of hedges is as a home for wild life. Many birds, such as the tiny wren, nest in the intricate three dimensional maze of branches that the hedge provides, safe from larger predators."

Is there any wildlife extinction in general or in particular, such as of the tiny wren that you mention, associated with the hedge-less years in the United Kingdom?

In addition to wind reduction I see an advantage in having the trees and shrubs doing their job of removing carbon from the air.

Do hedges abate snowdrifts on structures by having blowing snow accumulate on the hedges, thereby not reaching structures on the leeward side of the hedges?

Their use as an impediment to troop movement is practically nullified by tanks. But a few hundred years ago they probably were quite effective. 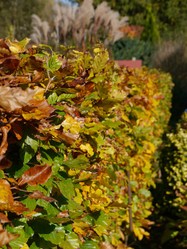 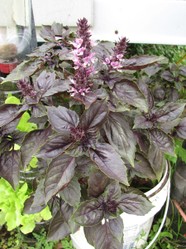 How to grow fruits, vegetables and herbs from the produce department of the grocery store.
56%  10   4 frankbeswick
Growing Plants 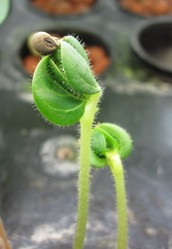