The Fall of the Hawkhurst Gang

The Hawkhursts were Britain's most successful smuggling gang, but they lost support when they stooped to murder

Eighteenth century England was a lawless place, particularly the countryside, with armed gangs often roaming at will and raiding country houses. Right across the South of England, the part of the country nearest to the continent, smuggling gangs were rife and often fought running battles with the customs and excise officers sent to apprehend them. In an age when import duties were high, luxury goods such as tea, coffee and brandy were in great demand, a demand that smugglers satisfied. The smugglers often enjoyed much support from the local population, but the populace did not like murder.

'"If you wake at midnight, and hear a horse's feet

Don't go drawing back the blinds and looking in the street

Them that ask no questions, isn't told a lie

Watch the wall my darling, while the gentlemen go by."

Hawkhurst, in Kent, is a quiet village, but in the eighteenth century it was the base for a gang who could summon five hundred armed and mounted men within an hour to pick up and escort the goods when the smuggling boats came ashore,invariably at night. In an age before modern telecommunications they managed to run a smuggling operation across Southern England from Kent in the South East to Poole in Dorset in the South West, partly through their own men, but also co-operation with local smuggling gangs.

They were confident of their power and immunity, enough to ride ceremonially through the coastal town of Rye to drink in the Mermaid Inn, where they would sit with weapons visibly displayed  on the tables. The populace was favourable to the smugglers, many of whom were prosperous local farmers and business men, and this meant that the local authorities were often impeded in handling them, a weakness worsened by the collusion of local dignitaries who often received

Ordinary people hoped for a spin off from the racket

All the way from France

With a cap of Valenciennes, and a velvet hood

A present from the gentlemen along a being good." [Kipling]

But murder was never far away from the operation, and when a young man in Rye displayed an unusual interest in the gang, he was suspected of being a government spy, taken away and never seen again. The threat of violence worsened when Jeremiah Curtis, a thoroughly violent enforcer, was recruited from one of the gangs of armed robbers who lurked in the district. Having Curtis on your side made you more feared, but less popular.

There came other murders. This time the victim was Thomas Carswell, a customs officer who was escorting several hundred weight of tea confiscated from the gang. He was accompanied  by a small squad of soldiers, but the gang, who had fuelled their courage on brandy, mustered thirty men to ambush the escort, killed Carswell and disarmed the soldiers. There came another murder when a farm labourer, Richard Hawkins, was tortured to death after allegedly stealing some of the gang's tea and the body dumped in a pond.

In 1746 the gang were confident enough to ride through the  coastal village of Lydd  on their way to pick up contraband with the locals not daring to challenge them, intimidating locals when they stayed overnight at an inn. The gang were beginning to think themselves invincible.

In March 1747 the Hawkhursts had their first major setback, when seventy smugglers were surprised on  beach by a strong force of twenty customs officers. The Revenue Men, as the customs officers were known, were usually outnumbered, but this time managed to have some effect, and after an hour and half in which bullets flew in large numbers the smugglers retreated, probably for fear that the army was approaching, leaving their contraband behind.

But the turning point occurred in April 1747 at the Battle of Goodhurst. The events of this battle have been mythologized into a struggle between goodies and baddies, but the  account, which was written a hundred years after the event, is not a first hand primary source. Newspaper reports from the period and a letter from a customs officer give a different account, and it seems to have been a conflict between baddies and not so very goodies.

The Hawkhursts liked to drink in the inn at the nearby village of Goodhurst, where one of their leaders, Thomas Kingsmill, dwelt. But after a dispute they were banned from the inn, and vowed to return on  a set date and time a few days later to burn down the village. However, "General" Sturt, an ex-army corporal organized the local men into a militia, so when the appointed time came and the Hawkhursts arrived to begin the attack, they were met by resistance. Sturt wanted the gangsters to fire first, wasting their ammunition on firing at the inn, then before they could reload a group of Goodhurst men came from round a corner and opened fire. Whether two or three Hawkhursts fell outright is uncertain, but Thomas Kingsmill's brother was among them,  and moreover, it is reported that another one was badly wounded and dragged by his fleeing horse for a couple of miles, causing injuries which led to his death some days later.

A letter from a customs officer gave the real motives of the Goodhurst men. They were not smugglers, but bounty hunters, and had been rather keen on arresting smugglers to claim the reward on them. Moreover, they had at times taken it upon themselves to launch unauthorized raids on suspected smugglers' properties. These tactics did not make them popular with smugglers, and they probably gave rise to the battle.

The defeat at Goodhurst shattered the Hawkhursts' reputation for invincibility, and threatening to burn down the village did no good for their popularity. People were less afraid to inform and later that year the gang's leader, George Chapman,  was arrested for the murder of Thomas Carswell and hanged in 1748.

The battle of Goodhurst marked the beginning of the end. There was one more  major raid and a double murder.In October 1747 the gang responded to a customs' siezure of a smuggled cargo by raiding the customs warehouse in Poole, Dorset in the South West. To do this they had to team up with a local gang, and the raid was a partial success, with the gang getting away with the tea, but not the brandy, which they could not transport. But such act challenging the state could not go unnoticed.

Moreover, later that year a gang member called Daniel Chater,who was hoping to take advantage of a government amnesty to those smugglers who testified,   agreed to give evidence against the gang and was being escorted by a customs officer to give his testimony . They never made it. Having stopped in an inn so that Chater could have a drink, they were betrayed by the owner, a woman close to the Hawkhursts, plied with drink until the gang arrived and taken away. Chater was tortured and thrown down a well, with heavy stones dropped on him; Galley the customs officer, was mutilated and then buried alive. The bodies were not found until the next year.  But newspapers were becoming more influential,  their reports of the murders caused national outrage, and they were brought up in parliament.The spotlight was now on the Hawkhursts.

Smugglers relied on the support of local people, who, while they will tolerate smuggling,dislike violence, so the gang was declining in public esteem. Then in 1748  the government published the names of known smugglers and gave them a deadline to turn themselves in to the authorities. There were also large rewards for giving evidence against the smugglers, so the gang's position worsened very rapidly. In 1749 several members were hanged and their bodies gibbeted [displayed] at crossroads as a warning to others, whereas some members were transported to penal colonies in America

Those hanged included Thomas Kingsmill, the leader after the loss of Chapman. Jeremiah Curtis, however, escaped. The Channel ports were quite near his home in Hastings, so he took ship to France and went to Gravelines,where he joined the Irish Brigade, a French military unit composed of Irishmen who wanted military life, but would not fight for Britain. He fades from history and is never heard of again.

Derdriu, the prices that the smugglers got were not recorded, but they must have been substantially lower than legitimate goods to make it worth taking the risk of buying them.

Curtis' fate is unknown. He must have had contacts in France, which was where the smuggled brandy came from.

frankbeswick, Thank you for the practical informations and product lines.
Do we know if the prices that smugglers got on brandy, coffee and tea were the equivalent of the market price minus import duties or the equivalent of a substantially lower price?
It's interesting that Jeremiah Curtis went to France. Perhaps he spent the rest of his days in the brandy business in France or on a coffee or tea plantation somewhere on a French colony (maybe not too long in Guiana, maybe longer if elsewhere, such as Asia or the Pacific).

It is reported that the uncharming gentlemen of the Hawkhurst Gang once forced an innocent farmer off the road to enable their passage. So much for the romantic smugglers.

Thanks. I toned down the accounts of the violence because Wizzley is a site suitable for family reading.

It is good to see the realties of 18th Century smuggling as opposed to the romanticised view.
This is a thorough account of some seriously bad people. 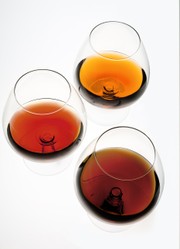