The Forgotten Son of Henry VIII: The Marriage of Henry Fitzroy to Mary Howard

Henry FitzRoy is often seen as the forgotten son. His marriage to Mary Howard is also commonly forgotten because of this.

Henry Fitzroy has become more well-known since Showtime’s The Tudors, but he is often the forgotten son. Henry VIII of England was so focused on having a legitimate son, much of history forgets about the Duke of Richmond and Somerset. It doesn’t help that the young duke died in 1536, when he was just 17-years-old.

However, there is another bit of history that many people forget. This illegitimate son of Henry VIII did get married. On November 25, 1533. Unfortunately, there were no children between the two of them and Mary found herself a widow after less than three years of marriage.

The Marriage Between Henry FitzRoy and Mary Howard

Henry and Mary married and it seems their marriage was a happy one. 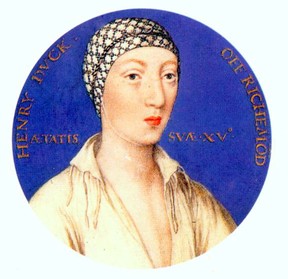 When Henry was young, he was cared for by Cardinal Thomas Wolsey. Wolsey was a close friend of Henry VIII and a trusted member of the council. However, when Henry VIII was courting Anne Boleyn, Wolsey failed to deliver on the divorce from Catherine of Aragon. He soon found himself losing favour and he lost the right to care for this young duke.

In 1529, Thomas Howard gained the wardship of the rising young man. Henry was just 10 years old and already the Duke of Richmond and Somerset. Around this time, there were talks about who he should marry. Allegedly, Anne Boleyn or Henry VIII suggested Thomas Howard’s daughter. Anne Boleyn could have been a possible suspect due to Thomas Howard being her uncle. There was one problem. She was a very jealous woman and probably wouldn’t have wanted an illegitimate son to gain power over any child she could provide. Of course, this was before Anne and Henry married and before her failure to provide him an heir.

Negotiations started with the idea that Henry and Mary would marry. Thomas Howard was happy for this; he was an ambitious man and would look for any opportunity to gain more power. For his daughter to marry the only son (as of yet) of Henry VIII, legitimate or not, it meant there would be more possible power for him in the future.

The marriage was a benefit to Anne Boleyn, despite the boy being the illegitimate son of her future husband. If Anne could not have a child of her own, Henry Fitzroy could be the future king, if Henry VIII played it right. This meant that at least the crown would pass into a connection to Anne Boleyn—through her cousins.

Who Was Mary Howard?

It's worth knowing more about the young Howard girl to outlive Henry VIII's illegitimate son. 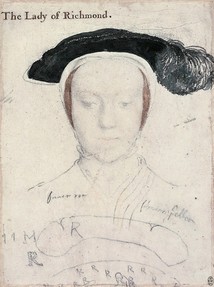 Mary Howard was Thomas Howard’s second daughter and cousin to both Anne Boleyn and Kathryn Howard. Her father had money and power, making her one of the most eligible women in the whole of England. Very little is recorded of Mary, except that she married Henry FitzRoy on November 25, 1533.

They two were ordered not to consummate the marriage, meaning that there would be no children by the time of her husband’s death three years later. Henry VIII blamed his own brother’s death on too much sexual activity and did not want to lose the only son he had at the time. When Henry did die, Henry VIII was distraught and Mary soon found herself in a marriage that wasn’t valid as it wasn’t consummated. She couldn’t keep the majority of the lands that she would have done otherwise.

After her husband’s death and Queen Kathryn Howard’s fall from grace, Mary was temporarily arrested and held in the Tower. There were two attempts to have her married off to Thomas Seymour; once before and once after her arrest. While Henry VIII finally agreed, Henry Howard, Mary’s brother, was against it. So was Mary and the marriage didn’t happen. Henry Howard had a cunning idea that Mary become her father-in-law’s mistress. She was disgusted at the idea and it later led to her testimony against her brother, and he was executed.

She soon retired from court and there is little about her after Henry VIII’s death. Her death is recorded sometime in 1557.

Henry FitzRoy and Mary Howard were simply forced into a world where neither had much control over their lives. Henry VIII had banned them from consummating their marriage, possibly believing that it would keep his son safe from illness. However, it left Mary in a difficult position after Henry FitzRoy died, probably of consumption, on July 23, 1536.

Henry VIII wove such a tangled web that I can hardly keep it straight. But you're doing a good job of sorting out this mess and presenting the historical facts.

There definitely isn't a dull day. Something is happening somewhere, even something that may seem small in comparison to the numerous executions and wars of the Middle Ages and Tudor periods.

I saw a movie once. Totally unrelated to this article. The title of the flick was "There Will Be Blood". Anybody wanting to make a televised historical series based on the monarchy could easily name it "There Will Be Drama". Season 1, Episode 1 - Drama! Season 390, Episode 2000 - DRAMA! DRAMA! AND EVEN MORE DRAMA! There's just always something to tell!

Another fantastic Wizzle my lady! :)

I didn't know about this son of Henry VIII. Yet another sad chapter is his life. 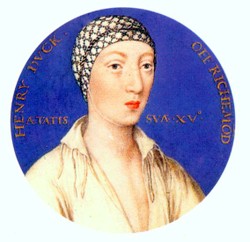