Mary Reynolds has written an original and stimulating work on garden design that draws on her Celtic roots.

Just occasionally you come across a book that stands out from the others, and this is one of those times. The book, you might think, is pleasantly and amicably whacky, and the reader is charmed by its blend of pagan thought with high quality garden design and the writer's deep roots in her Irish cultural inheritance. Yet whatever we think of her philosophy, there is no doubt that she is a fine and successful garden designer with a Chelsea gold medal to show it; and her pleasant character radiates throughout the book.

The Philosophy of the Book

Mary has become a successful garden designer by hard work and triumphing over adversity. Having had some original success, her career seemed to stall, and rather than give up her chosen path she rethought her design philosophy, coming to the conclusion that the garden is to be seen as a living entity with its own level of consciousness. She also concluded that  she had no desire to design and plant gardens whose owners were unwilling to relate to them as gardeners, so her designs always come with the proviso that the owners must be active gardeners.

Mary's originality is that she is designing gardens that grow out of what seems to be a pagan, but not anti-Christian philosophy of life and her Irish, Celtic heritage. Her writing is approving of some of the ideas of Biodynamics, a philosophy of gardening and farming promoted  by Rudolph Steiner in the earlier years of the twentieth century, which she describes as being as close to witchcraft as you will ever find, The Garden Awakening, p 53.] However, she regards the land as conscious and being in interaction with humans. She believes that a piece of land has its own personality, to which sensitive humans should listen when they are designing a garden. Contact with the land is made by meditation, spells and rituals, and she goes into some detail about how to positively enchant a piece of ground, and this is part of her design project. While she may have a point about the impact of positive and negative thoughts on the natural world, I am wary of this sort of thing. As a retired philosophy lecturer I am critical of unsubstantiated claims about reality, and spells appeal not to my Christian world-view.  I am critical of her failure to distinguish between spells and prayers, but consider that her link between the positive thought of a well-meant charm/spell  and prayer is probably justified.

This is a book deeply rooted in Mary's Irish roots, and Ireland and its traditions permeate its pages like an ever-present atmosphere or ethos. Each is preceded by an Irish quotation, in the original tongue, but  there is a translation.

Mary's tale is recounted Vivienne de Courcey's film, Dare to be Wild, which tells the tale of Mary's successful endeavour to create a gold winning medal at the Chelsea Show, Britain's premier flower show. The film, apparently focuses on the love interest as it charts her relationship as it grows and develops in and through her gardening endeavours. I must admit that the love interest leaves me cold, but I am a  male, and my wife will  see things differently.

The Garden Awakening is replete with good practical ideas. I have learned something about garden design, a deficiency in my horticultural knowledge, as I am a vegetable grower, with an unfulfilled longing to be a smallholder. As one whose skill in art is low, I am inspired by the high quality drawings that have made me reflect on the skills involved in drawing, and something of Mary's infectious joy and confidence seems to have spilled over through the book. Her account of how to design  a garden is simply written and very informative. Beginners will learn much from her.

She also devotes a section to forest gardening, and in this part of the book we feel that she is expressing a commitment to permaculture, which is committed to forest gardening. The permaculture side of Mary's work comes through in her philosophy of gardening in harmony with nature and letting the land be what it wants to be. Again we come back to her conviction that the Earth and each part of it is  conscious being that can be helped and befriended, harmed and healed. A Mary Reynold's Garden is a collaboration between different beings: the designer, the owner and nature, all of which are allowed to express themselves in friendship and harmony. There is always space for wild creatures in her gardens, for her philosophy is to allow the wild to flood in. You get the feeling that there is always space in her garden for fairies, beings in whose existence I suspect she would like to believe, if she does not believe already.

There is more practical instruction in the final chapter, which is a well-explained piece of writing on how to garden organically. Her writing is a good example of the principle that good explanation is  always simple, and that abstruseness  conceals misunderstanding and often shoddy thought.

A writer's character comes out in his/her writing, and you develop the impression that Mary is a pleasant personality with a genuine love of nature and joy in living. This is a pleasant work to read and, the author does not use excessive numbers of words for their own sake or to look intellectual. I cannot say that I am totally convinced by her philosophy, which I think lacks proper justification, but that does not make it wrong. But none can doubt that the youngest woman to win a Chelsea gold is a fine garden designer who has produced stimulating works. I hope to hear more of her in future.

I did not know that, but if you look at Mary Reynold's work it is the landscaping that is original.

I believe flower gardens can be planned with stock images from the right programs. I am not certain.

She makes no mention of using the computer, and as she works without detailed planting plans, or at least prefers not to use them, what kind of information could be fed into the computer to enable it to generate an image?

I also see no validity is spells.
One thing she probably does not do, and I am guessing from your description, is look at a computer generated image of how the garden in full bloom will look.

I was wondering how this article would be received, and you have made me feel quite pleased with your reaction to it.

Sounds like a fascinating book! I love the idea of relating to a garden as a living entity with personality. And there is no problem of following her philosophy of letting the wild flood in - plenty of wild flooding into my backyard!

How to Grow Watermelons, Cantaloupes and Cucumbers in crowded ...

Growing vining fruits and vegetables in small spaces using a trellis that is ... 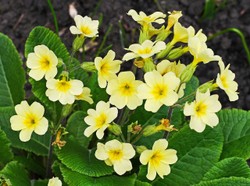 The Garden Awakening: Designs to Nurture Our Land and Ourselves
100%  54   17 CindyMurdoch
Garden Design 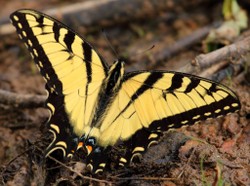 Garden Structures can be used to turn a garden into an outdoor living space and so much more. There are many options available for both big and small gardens.
100%  24   8 teddletonmr
Garden Design 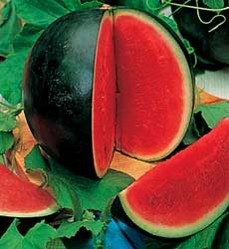 How to Grow Watermelons, Cantaloupes and Cucumbers in crowded spaces using a simple trellis

Growing vining fruits and vegetables in small spaces using a trellis that is easy to build, maintain, and improves your harvest is easier than you may believe.
Loading ...
Error!