SEASON 1 - Performers competed for a multi-episode guest-starring role on Season 3 of Glee.

Season 1 of The Glee Project

The Glee Project premiered June 12th at 9/8c on the Oxygen channel. To see if you have the cable network, and the channel number you can enter your ZIP code in the search field on the O Homepage. If you don't get the channel you will be able to watch episodes of The Glee Project online.

Glee's executive producers, Ryan Murphy and Dante Di Loreto, along with Glee's casting director, Robert Ulrich, are working on this new Reality Series. About 34,000 people submitted an audition video via MySpace, and they were narrowed down to 12 finalists. Those 12 contestants (age 18-22) were competing to get a part on FOX's prime time hit show.  Each week there was a theme, a homework assignment, and a mystery guest from the actual Glee cast. The 2 winners were awarded a 7 episode guest starring role on Season 3 of Glee. 2 Runners up were awarded 2 episode arcs.

If you've not seen Glee before, it's a musical comedy revolving around the lives of Lima, Ohio highschool students who are in their schools Glee Club, New Directions.

A Peek into The Glee Project

Darren Criss (who plays Blaine on Glee) was one of the first mentors helping the contestants along with Robert Ulrich, Nikki Anders and Zach Woodlee. Nikki will be helping with their vocals, and Zach will be working on their dance skills.

Idina Menzel was the guest mentor for the kids' second week. Idina played the character Shelby Corcoran on Glee, and is best know for her Broadway performances in shows like Wicked and Rent.

Dot Jones was the guest mentor for week 3. Dot is Shannon Beiste on Glee, the coach of the McKinley Titans football team.

Harry Shum, Jr. was the guest mentor for week 4. Harry plays Mike Chang, and was the first member of New Directions to appear on the Glee Project.

Darren Criss was back again in week 5 for the pairability episode.

Max Adler, who plays Dave Karofsky on Glee, was the mentor for the 6th week.

Jenna Ushkowitz, Tina Cohen-Chang on Glee, was the mentor for week 8.

Kevin McHale (Artie Abrams) was the mentor for the 9th week.

Ryan Murphy was the final mentor during week 10.

Lindsay was the first to make an appearance in Season 3! Her character's name is Harmony.

Damian's character, Rory Flanagan, made his entrance on November 1st.

Alex got to play Wade Adams, whose alter ego was named Unique, in 3 episodes.

Samuel's character, Joe Hart, is a Christian who had been homeschooled until his sophmore year of high school.

Can't get enough of Glee?

You can purchase tickets for Glee Live at TicketNetwork.

Stock up on t-shirts and gear from your favorite show to wear to the concert!

Are you watching The Glee Project?

Great introduction to the Project. I must admit I didn't want to get caught up in liking the music but there is something about it isn't there!

Australia's Got Talent is a reality show that showcases Australian talent of ... 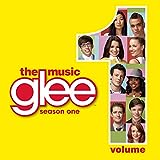 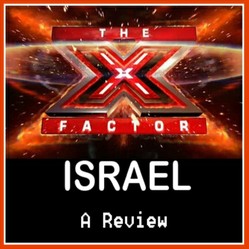 X-Factor Israel created a whole new band from individual singers and changed the lives of a number of interesting and very talented people.
50%  3   6 ronpass
Reality TV 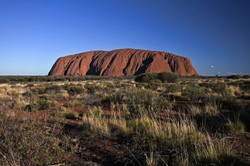 Australia's Got Talent is a reality show that showcases Australian talent of any age and genre. The quality of talent unearthed in 2011 is simply mind-blowing
Loading ...
Error!