The troubles in the UK are due to many years promulgation of of poisonous ideas and neglect of the ordinary people.

Never in my lifetime has the UK been so troubled. The previous prime minister got us into this situation by calling a referendum to resolve a festering political dispute in his party, the issue of European union membership. Then he lost, and after his resignation we got a new PM even less competent than her predecessor. She gave far too much leeway to the anti-EU politicians and let them pressurise her into a drawn out negotiation which has resulted in a bad deal for the UK, which parliament will not accept. And the trouble is not yet over. In fact the chaos is likely to become worse.

With Apologies to Shakespeare!

The scene: a derelict industrial site in the North of England. Enter the Weird Sisters.

Now that we three've met again,

whereupon to be the bane

of all that's holy good and true,

Our devilish work: keep Brexit due.

The Turks are coming Mordaunt whined,

T'will be easy, Fox  he cried

Round about the cauldron go, in the poisoned info throw,

Lies that have in strident tone, for years a-numbered forty one,

Fermented  in the tabloids'  grot, boil thou in the cauldron's pot

From Macbeth as reinterpreted by Frank Beswick

[All names above are Brexit-supporting politicians.]

We' ll All Live Happily Ever After

So what went into the cauldron?

Firstly, English isolationism. Ever since the tyrant Henry the Eighth separated from Rome there has circulated a pernicious feeling that England did not belong to Europe.We were a nation apart. This nonsense overlooks the fact that our greatest king, Alfred, and our greatest prime minister, Winston Churchill were pro-Europe.

This nationalistic delusion has entered the cauldron along with the idea current among some  that we are somehow especially strong, tough and competent, capable of standing alone against the world. This delusion was voiced by one Leave supporter on television who demanded that we take a firm line with the Europeans, overlooking that there are twenty seven of them to our one! Some of my fellow countrymen have not come to terms with our no longer being a superpower. So a delusion of imperial grandeur joins the poison brew.

To delusion add deception. Many on the right wing of the Conservative Party, who were one of the main engines of Brexit, aspire to a UK.  which is transformed into a European Singapore, a high profit, low wage economy. No guessing who gets the profits [capitalists] and who gets the low wages [workers.] To achieve  this capitalist nirvana they had to be rid of the European Court of Justice, which they hate,because it has supported claims  that workers have rights. So the right misrepresented the ECJ as a foreign court imposing its will on Britain and which freedom-loving Britons should want to cast off. Recently I was speaking to a fellow remainer, a Labour Party councillor, who said to me that the Conservative right want Britain to become a tax haven, attracting even more dubious money than it does now. So the EU's financial probity is a barrier to these economic buccaneers and their greed.

But turkeys need to be tricked into voting for Christmas [or Thanksgiving] so the right shuffled the blame for social problems onto European immigrants, who were blamed for taking up housing and places in hospitals. Yes, migration did exert pressure on services, but it was countered by a drift of Britons to live and work on the continent. Anyway,the real blame for the housing shortage is successive governments who have neglected to build sufficient social housing, which is housing with rents affordable by ordinary people. But the right were the political force behind this neglect, because they and their rich supporters were profiting off high private rent costs.

Some genuine grievances went into the cauldron, notably that in Britain some areas have been left behind by the growth of the economy.These tended to be areas that voted Brexit. Fishermen often  support Brexit, but their problems arise from diminution of fish stocks, which Brexit will not solve.

One pernicious deception was "We send 230 million pounds per week to Europe. Wouldn't it be better if it were spent on our health service?" Actually the nett spend was far less and by leaving we will so weaken our economy that we will have less to spend on public services. Moreover, the one who promoted this claim, Boris Johnson, does not believe in  state funded health service.

Another  untruth came from Penny Mordaunt. now promoted to cabinet minister, who told the populace  frightened by immigration that Turkey was about to join the EU and that eighty million Turks would be eligible to settle in Britain. This was blatantly untrue, but it created the desired fear.

So the message was, "Leave the EU and your problems will be over. You will live happily ever after."

"The best laid plans of mice and men are apt to gang awry." .The false promises of the Brexiteers, like the Weird Sisters promises in Macbeth prove deceptive  Rather than solve the split in the Conservative Party the referendum worsened it and the split extended to the nation, which is now hopelessly divided. Pleas for the people to get behind the prime minister  fall on deaf ears, and rather than sullenly slink away defeated the pro-Europeans have mounted a strong campaign against Brexit.

Next, the PM decided that to boost her support she would hold an early general election. Instead of winning well, her inadequate electioneering caused her to lose seats and her majority. She finished up having to bribe the Democratic Unionists, a Northern Ireland Protestant party by giving NI a billion pounds in public money so that they would prop up her government.

Yet that was not the biggest problem.. We all knew that the border between the two parts of Ireland would be a sticking point, because the Good Friday peace agreement insisted that there should be a soft border between the two parts of the isle. In some possible forms of Brexit a soft border, which involves having no customs checks was easily possible, but the large gang of Brexit bullies in the PM' own party were adamant that Brexit should mean leaving the single market and customs union with Europe, and they were threatening to vote her from power.  The result was her negotiating a deal that no one loves. But worse, she has had to agree that Northern Ireland will have special status with the EU.Furthermore, the NI deal,known as the backstop, will be operative until both sides agree to change it. This has angered the Pro-Brexit and pro-union-with-Britain Democratic Unionists, who are determined that nothing will  weaken their ties with Britain, so they are threatening to pull out of the deal with the PM. Moreover, the Brexiteers regard the deal as  a betrayal that ties Britain to  the EU. So they are threatening to vote against it as well; and EU supporting member of parliament are determined to vote down the deal as well

Faced with the certainty of losing the vote on her deal she cancelled the vote part way through the debate [she could withdraw a motion that she had proposed] while she ought some concessions from EU leaders, which are not forthcoming. But the cancellation has produced more anger in parliament.

The Brexiteers messed up badly. I suspect that they reckoned that a deal with Britain would be so important that the EU would compromise on its principles and abandon Ireland, which would make Eire fall out of the EU and back into Britain's sphere of influence. But the EU stood firm and backed the Irish. Result, the Brexiteers' train hit the buffers and  their plan collapsed.

As I write I have no clue what will happen tomorrow. The PM's deal must be voted on.The alternatives are to leave with no deal, which would be economically damaging to the UK, with probable shortages of food and medicine for at least six months and the army called in to restore  order, or to suspend or withdraw Brexit. A recent judgement by the ECJ allows Britain to withdraw from Brexit unilaterally.

Another case currently going through the courts challenges the legality of the Brexit referendum and to declare it void on ground of serious financial irregularity in the Leave campaign which seriously overspent its legally permissible budget. If this plea is upheld, we are in uncharted constitutional waters.   There are also questions being raised about the involvement of Russia in the Leave campaign, for there are alleged to have been meeting between major Leave donor Aaron Banks, who is already being investigated about the size and source of some of his donations to Leave, but also his alleged meeting with Russian figures before the referendum. Do my American readers think that this sounds rather familiar?

Within  twenty minutes of my finishing this article we hear unconfirmed reports that the PM may be about to undergo a challenge to her leadership of the Conservative Party. If she loses her leadership she will have to tender her resignation as prime minister.

No one in the UK can predict what is going to happen. All we know is that the country is going through a crisis that is challenging our creaking and inadequate constitution.

Britain is in one almighty mess. I would not recommend being in Britain just now.

Great questions BSG.... we would all like to know the answers .

This is sensitive area. Britain has offered to respect the residence rights of EU nationals already here, and the mood in Europe is for reciprocity in this matter,but the issue is still not fully settled. There is an agreement pre-dating the EU between Britain and Ireland to have a common travel area and mutual rights of settlement in each other' countries. This agreement will still hold. There is an older treaty between England and Portugal allowing mutual settlement, though the language is not fully clear. A medieval agreement between France and Scotland allows Scots to settle in France. 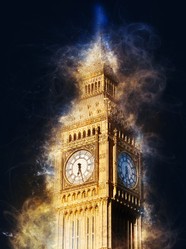 Philosophy for Gardeners: a review22 days ago