The Haunting of Lighthouse Island

When you purchase an island you get the land,the property and the ghosts.

Eilean Ban, White Isle,lies in the narrow channel between the Isle of Skye and the Scottish mainland, though nearer to Skye.Once inhabited by keepers of the lighthouse, who dwelt in the two cottages on the isle, it was abandoned when in the 1960s the authorities automated the lighthouse and sold off the land and cottages for tourism. They were bought by the author Gavin Maxwell, who discovered that there was more to the isle than he had expected.

Picture courtesy of marsh4029, of Pixabay

Author and wildlife enthusiast Gavin Maxwell was flush with cash from the proceeds of the first two books of his Camusfearna trilogy,which detailed his experiences living in a lonely cottage and keeping otters, when he bought the island of Eilean Ban. He intended to convert the two cottages into a holiday property . The island had originally had lighthouse keepers, who maintained the lighthouse constructed in the nineteenth century by the famous Stevensons,but in the 1960s the light was automated and the keepers stood down, all ready for the enterprising  Maxwell to snap  up the property. He was eventually to live there when his cottage at Camusfearna burned down, but his tenure was brief as he developed cancer at the age of 55 and died.

Shortly after he had purchased it a somewhat embarrassed woman approached him in a local shop and asked had he been told that the island was haunted. He said that he had not been told, but she continued by informing him that the haunting was not harmful, but simply  there. Maxwell then began to do  some research, asking Richard Frere,the architect who was renovating the cottages, who gave him some useful information, having experienced the haunting himself. There was further information from a retired lighthouse keeper called McLellan, who had been seven years on the island and who had heard the voices. He could reveal some of stories from other keepers.

Two of these stories come from women,both keepers' wives. One told of having a visit from the lighthouse inspection vessel, whose engineer went with her husband to check a fault in the light, while she went to bed. Soon she was awakened by the sound of voices downstairs and, thinking that some officers had come to visit she quickly made herself presentable and went downstairs [there was also accommodation in the lighthouse.] When she entered the room from which she heard the voices they ceased and there was no one in it!

The next experience was visual, this time by another keeper's wife, but this experience was completely non-interactive. She had gone one morning,probably around dawn, to collect water from a storage tank, when standing by the tank was a man. He was clad in traditional highland dress [not the modern kilt] but probably a tunic and a plaid. He  was leaning on a sword,probably a broadsword rather than the much longer claymore. He appeared to be gazing towards the hills of Skye. She stood still and watched, evincing no fear, until as the sun climbed in the East he slowly faded.At no time did the apparition seem to notice her, it was more like a memory of the past that lingers on. There are no reports of her ever seeing him again.

These experiences are recounted in Raven Seek Thy Brother, the third in the Camusfearna trilogy, which was written in the 1960s.

Let me be clear, the cottages are not haunted! But there is an audible manifestation which somtimes occurs outside the cottages, but which can be heard inside and often continues for some time.  Richard Frere claimed that the noises come from somewhere just outside the walls and they seem to be muttering voices, just audible, but not clearly comprehensible. There seems to be some kind of hurried conversation going on, but then at some stage there is a metallic sound like pokers being drawn through a grate or swords being drawn. This phenomenon seems to be the main paranormal feature of the island.

The haunting has an interactive  element to it, according to McLellan, who said that another keeper had told him that if at their first manifestation you call out, "Who's there?" they cease  and never recur, but I cannot confirm this and know not the keeper's name. That is the only alleged interaction between the voices and the living.No one has ever to my knowledge attempted to record the voices. Moreover, not everyone staying in the cottages has heard them, Maxwell claimed that he never did,but he accepted the reports that he collected from honest people. They are not a nightly occurrence,but I have no information on the frequency of the phenomenon.

McClellan was adamant that he had heard the voices many times and was convinced that the language in which they were spoken was neither English nor Gaelic, and he spoke both.This begs the question of how the voices'source would understand "Who's there?" But there is much that we don't understand. But we can suggest that the language may well be Norn. This was spoken by the Norse who ruled Skye and the Isles for many years. They could also be in Pictish,  a dead language probably related to Norn, but no one knows much about it.

But one factor is found in many hauntings, violence! Battlefield sites are known for paranormal phenomena, and Scotland was a warlike place. Is the haunting  a memory of a violent incident? Who knows?

If you look at the picture you see the lighthouse overshadowed by a massive bridge,one of whose pillars is set on the island. This bridge had not been constructed in Maxwell's lifetime.

The island contains the Bright Water Centre,  whose name is drawn from Maxwell's most famous work. Visitors can book to stay in the cottages and can wander the island  along well-constructed paths. No one seems deterred by the strange phenomena, but whether they have ceased I know not.

Stoking a fire, normally, though the sound has been likened to the sound of a poker, but it might not actually be that.

frankbeswick, Thank you for pictures, practicalities and products.
Would a poker drawn through a grate relate to stoking a fire (for torture or for warmth)?

Agreed on both counts, but I thought that the grating of what sounded like swords indicated some form of hostility.

A haunting need not be associated with violence. And sounds of a conversation might indicate multiple entities.

A few reasons to visit London this February... not that ones needs to have a ... 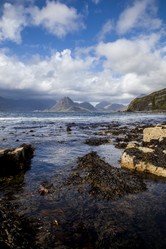 A countryside walk in winter can be an enchanting experience, as the bare land reveals its character.
100%  16   10 EliasZanetti
United Kingdom of Great Britain and Northern Ireland 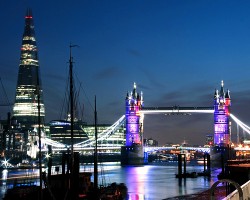 A few reasons to visit London this February... not that ones needs to have a specific reason to visit London of course! [photo credit: Dimitry B on flickr]
Loading ...
Error!