The Honey Bees Are Dying! Learn How to Become a Beekeeper

Over the past several years, you have probably watched at least one news story on any of the major networks that describes the dire situation in some part of the country regarding the grocery stores leading up to an anticipated natural disaster. The shelves have been cleaned out of nearly everything. Particularly the bread and water. Shortly after those supplies are gone, looting begins. No one in the right frame of mind hopes it turns violent after that, but sometimes it does.

Now imagine if there was no bread to begin with. Along side that, no vegetables or fruit. Why would something like that occur? The honey bee population has seen a drastic decline in the last few years. Without them, none of these things exist because they won't be pollinated. Could you imagine how much more dire the above described situation would be if those items no longer existed? It likely wouldn't be chaos only when natural disasters strike. It would likely be pure pandemonium at all times because there would be a massive lack of food to feed the country. No thanks! So what can we do to prevent such a terrible outcome?

After several studies conducted by Biologist, it is estimated that the honey bee population has declined by almost 70% over the last couple of years. There isn't a solid answer as to why. There are however a whole mess of theories including human chemical use, global warming and even some theories relating to new predators with no natural predators of their own. Those are a few of the biggest concerns. As noted, and it's important to note again, the scientists have yet to figure out the actual cause. That doesn't mean we can't help to reverse the problem.

Beekeeping is a fun and exciting hobby the produces several major benefits not just for you but for the fruits and vegetables around the hives. One of the jobs of the worker bee in the bee colony is to get pollen from plants and bring it back to the hive to use as food for the queen bee. During the process of gathering the pollen on in the tiny pouches attached to their legs, they pollenate other plants which in turn allow the plants to produce. Without the honey bees, there would be a dramatic decline in food stores all over the world. In addition to the great plant yields, you also get the delicious honey that is produced by the beehive swarm. In addition to the honey, the wax caps from the honeycombs can be used in several applications, candle making being the most notable. Even the royal jelly that the queen nourishes herself with and also lays more queen eggs in is often a delicacy for some folks. I've heard tales of it being used as medicinal remedy for sore joints as well.

When my better half and I got started in beekeeping, even before we put our first queen bee in the apiary (a beehive, or collection of beehives), we looked to the local beekeepers for as much knowledge as we could obtain. Remember, they have been through it already so they can speak in volumes regarding experience especially in your geographic location. A beekeeper in South America will likely have a far different setup than one say in Iceland. Getting dialed in on the expectations of your local area will not only save you a load of headaches but also money and time as well.

Once we were tuned in on the lay of the land regarding our beekeeping equipment needs and what to expect during temperature changes, we sought out to gather information on lower cost gear. The best tip from our experience that we can deliver right after the local beekeeper information above, is that unless you have a really fat pocket book, it will behoove you to search for good deals on your startup equipment. If you don't take some time to dig for those deals, this hobby can get expensive fast.

We put together all the equipment we would need to get started. Two beehives, beekeepers tools, bee smoker, source of water (which at the time was a swamp) and the beekeepers suit. By going out and seeking hand me down equipment, we managed to keep this whole lot under $150. The beehives were not in perfect condition. Fortunately, I acquired enough carpentry skills during summer jobs in high school that I was able to mend them enough for use using scraps we had laying around from other projects.

We learned during the teachings of the local beekeepers that we should not expect a large yield of honey in the first year. This led us to the decision to harvest all the honey manually for the first year. While it isn't overly complicated, it gets messy. If you have the funds when starting out, I highly recommend a honey extractor. The time and energy saved is worth it in droves. We picked one up on our third year and haven't looked back!

The next steps are pretty straight forward. Order your queen bee and accompanying swarm, place them in the beehives using methods learned from your local beekeepers and continue to monitor them while the year passes. Make sure there is no debris in front of the hive so the worker bees can get in and out. On a related note, if you start to notice other insects penetrating your hives, try closing off the entry way a little bit. Make it not as wide. This allows the sentry bees that are standing guard a better opportunity to prevent unwanted guests from entering.

Monitor the beehive so when there is enough honey to harvest you can do so. As noted, the first year will not produce as much. The neat thing about being a beekeeper is you can expand your hives year after year. Doing so will help keep the bee population flourishing and prevent any of the disasters noted above.

Thank you for taking the time to read and help the world out by stabilizing the honey bee population. I hope you are inspired enough to get started on your own apiary, even if it's just in your backyard. A more detailed walk through of this process is located Queen Bee Keeper. Additionally, I recommend that you head over to Amazon.com to take a look at product reviews before choosing equipment. Look for items with at least 50 reviews that are 4 stars or better. If there are a lot of negative reviews, move on! 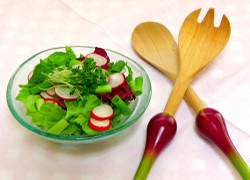