In my previous article Conservative Or Aggressive Investment – How Should Retired Investors Proceed? I discussed some of the reasons why investors should be able to invest peacefully, without having to endure the emotional stress that is so often associated with financial markets. I made my point by presenting the concept of the Livability Factor that takes into consideration not only the financial aspects of investment but emotional aspects as well.

We want to see retired investors investing their retirement income in a way that will ensure that they will survive the hard times and be around to enjoy the good times. As a portfolio manager with many years of private wealth management experience, I have come to the conclusion that the reason many investors fall in to the nerve wrecking waiting game is because they have bought into the ‘fear of missing the big run’ investment lie presented to them by their Wall Street System advisor.  But as I suggested before, this does have to be so!

Why do I say that investors have bought in this big lie? Allow me to explain:

A good example for instance is by looking at the return of the the S&P 500 for the 25 year period between 1985 – 2010; in analyzing this information, you will find that, for investors who remained invested during this entire period (buy, hold and suffer), their average annual return would have been 7.93%. 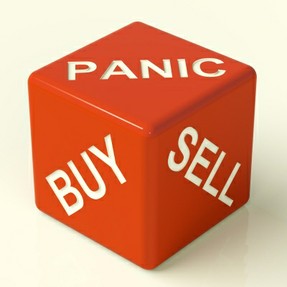 Unfortunately, the industry would like to have investors believe that missing the best days would destroy their return. Taking the example above, the industry is suggesting that, if an investor had missed the best 40 days of each year, he or she would have lost money. Secondly, that their average annual return would have been something like -1 or 2%.

I however believe that, if during this 25 year period, an investor had been fortunate enough to miss the 40 worst days of each year, they would have made much more than the S&P 500 return. By MISSING the 40 worst days, your average annual return as an investor would have jumped to something like 19% a year. In fact, your return would have jumped from an average of 7.93% a year to around 19% a year just by missing the 40 WORST days of the market each year. Even more, missing BOTH the best and worst days would have resulted in you doing better than the S&P 500 index, given that your return would have been close to 10% a year.

Retired Investors – How To Remain At The Top Of Your Game

After reviewing the 2011 financial year, I have concluded that investors will need some strategic financial planning guidelines in order to live through the 2012 financial seasons, and I make a recap of them:

I aware though that the conclusions I made above are rarely offered by financial planners to their clients. The better I understand what makes you uncomfortable and when you are becoming uncomfortable, the better able I will be to help you achieve your goals.

We all have constraints. Successful investing is about recognizing those constraints and incorporating them into the overall positioning and management of the account. This should however not take away from the importance which private wealth managers need to attach to understanding their clients comfort zone.

How To Negotiate Almost Anything

Don't pay top dollar for a product or service until you try negotiating. Try ... 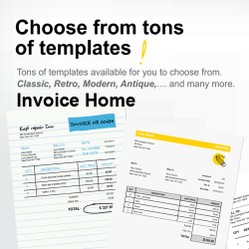 The ideal place for independent businesses to go to for sending out invoices out to clients is Invoice Home. A small business person will love how easy it is to use.
25%  1   3 WebWriter
Finance 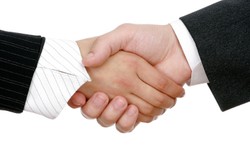 How To Negotiate Almost Anything

Don't pay top dollar for a product or service until you try negotiating. Try these tips for negotiating almost anything.
Loading ...
Error!