The Life Of Hubert Wilkins

A review of the book 'No More Beyond' by Simon Nasht. The fascinating story of an Australian hero.

A Story Of A Remarkable Man, by Simon Nasht All of these mantles he bore with the ease of a comic book hero, Photographer, War Hero, Pilot, Reporter, Scientist, Naturalist, and prolific Writer. But his story is no fanciful fiction.

The Beginnings Of A Legend

It would be hard to imagine a person today who could achieve so much of the above and still find time to become the most remarkable explorer of the twentieth century, discovering more unchartered land and sea than anyone previous or indeed since.

Simon Nasht takes us from Wilkins humble beginnings in the Outback of Australia to world wide feted celebrity status at the elbow of the greats of exploration. Men like Amundsen, Peary, Scott, Shackleton, and not least his rivalry with Byrd and others. The book reads like a boy’s fictional adventure story.

Wounded nine times in the First World War, he was awarded the Military Cross twice for conspicuous acts of bravery. He carried not a gun, but a camera, the Commander of the Australian Corp was quoted as saying that he was the bravest man in his army and few could argue with that statement.

One would have forgiven him for slowing down somewhat, but instead, his life went from adventure to adventure, achievement to mind boggling achievement, registering firsts in Antarctic flight and Submarine navigation under Polar ice. 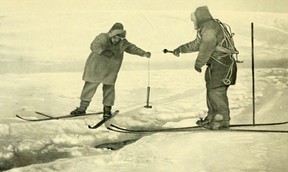 Chronicling this man’s journey through life is no mean feat, but Simon Nasht guides us through the highs and lows, failure and successes of this Australian with consummate ease and one suspects no little admiration on his part.

The subject matter of the book is so varied that the reader is never drawn into familiarity and is off on an adventure seemingly at a turn of the page.

By the end of the book, the reader must surely pose themselves the question, why some people are happiest pushing out the envelope of human achievement almost at will, while the majority of us less so? 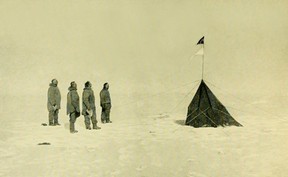 As the author points out, it is perhaps puzzling to understand the fact that Sir Hubert Wilkins is so little known even in the country of his birth. I think this book goes some way to addressing that.

‘No More Beyond’ is a fine read regarding a fine man, I would highly recommend this book to people who admire the spirit of adventure.

Buy Your Copy Of 'No More Beyond'

Book suggestions for those searching, seeking, on a quest to find life's purp... 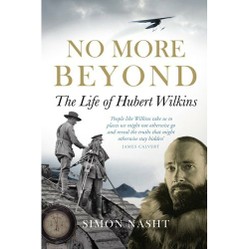 Book suggestions for those searching, seeking, on a quest to find life's purpose and the meaning of truth; or for intellectuals, philosophers or people who just like to read.
100%  24   12 JoHarrington
Non-Fiction

When Chef Keem isn't running Wizzley, he's cooking, as the name might suggest. Anecdotes and recipes abound from his days as a chef in a remote Alaskan lodge.
Loading ...
Error!