The Marriage of Mary I and Philip II of Spain

On July 25, 1554 Mary I married Philip II of Spain. It was not a marriage that the English liked.

On July 25, 1554 Mary I finally married for the first time. She was almost 40 years old, which was very old for someone in her time. Despite finally getting her wish (marrying a Catholic), it was not a positive match for the English people and did not lead to any heirs to the throne.

Her marriage was to Philip II of Spain. While him being a Catholic was not a deal-breaker for Mary’s council, the fact that he was Spanish was. The initial show that she wanted to marry the man led to the Wyatt rebellion, but Mary refused to accept that she may want to consider a different marriage. After all, Philip was also the son of her cousin, Charles V, the Holy Roman Emperor. It made sense to her for her to marry him.

The Lead Up to the Marriage

How did Mary Tudor decide that a marriage to Philip was in her best interests? 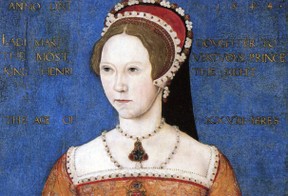 Mary and Philip had never met, but the Tudor Queen was certain that she wanted to marry him. It would strengthen the alliance with her mother’s country and he was a royal by birth, extremely suitable for her stature. Another positive for Mary was that he was Catholic.

After the annulment of her mother’s marriage, the country worked towards reformation. Henry VIII struggled with it considering his Catholic upbringing, but the monasteries were dissolved and Catholics had been burned at the stake for heresy. Of course, those who reformed completed were also burned at the stake.

When Edward VI became king, he tried to push the reformation further. Mary had been ridiculed and threatened because of her beliefs. She repelled all the religious acts that her half-brother had brought in, despite receiving resistance. Arguably, the treatment from her father and half-brother led to her view that the Catholic religion needed to be brought back as quickly and forcefully as possible. Marrying Philip would help with that.

Like many royal marriages, Mary’s marriage to Philip was by proxy in March 1554. The Count of Edmont took Philip place until he could make it to England. He started the journey on July 12 and made it to the Isle of Wight within a week. However, it would be 11 days after setting off that he would make it to Winchester and get to see Mary.

It seemed like the two were friendly and they talked for some time. On a level of friendship and mutual interest it seemed to be the perfect match considering the circumstances for royal marriages then.

The marriage date was set for two days later. Instantly they were proclaimed the King and Queen of England among other countries, which was not something the English people wanted to hear. Philip was not their king.

Mary's marriage was not everything she hoped and dreamed

Whatever the reason, the queen and her physicians believed that she was with child. Philip started working on the line of succession just in case she died during childbirth. It was likely that Mary wanted to avoid Elizabeth becoming queen after her knowing she would undo all the work on bringing back the Catholic religion. The next possibility was Mary, Queen of Scots. While a Catholic, she was marrying the Dauphin of France and it would not have been welcomed by the English.

The best option was to have Elizabeth marry a Catholic. Mary was hesitant to this idea. Elizabeth had not even been welcomed back at court up until this point and had not met Philip.

Over the years, Mary had another phantom pregnancy and then had no choice but to name her half-sister as her heir. There was nobody else the crown could be passed onto that the English would accept.

What happened to Philip? He was allegedly trying to arrange a marriage with Elizabeth but she was having none of it. After she made it clear that he was never going to marry her, he retorted with an attack from Spain. It led to the sending and destruction of the Spanish Armada in 1558. 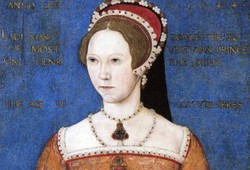 The Myth of "Bloody Mary": A Biography of Queen Mary I of England
50%  0   1 AlexandriaIngham
Tudor Period