I went to a concert called The Masterpiece last night at Sala Palatului here in Bucharest. It was a show of (film) music, lights, and ballet imagined by conductor and producer Ciprian Costin.

I had heard about the show on Radio Romania Cultural, where I learned that Ciprian Costin has a background not only in music (he studied at the Conservatory in Iasi and graduated with a degree in film music from Berklee College of Music), but also IT.

Ciprian Costin has won many international prizes as a composer and pianist. Last night he conducted the Bucharest Symphony Orchestra and Choir.

What he proposed for The Masterpiece was an epic journey through history and cultures, starting with the beginning of time with Tree of Life, taking us to the Roman Empire with the Gladiator, far away to Japan with Memoirs of a Geisha, and to various dreamlands made possible by the nature of film soundtracks chosen -- expansive, mood-enhancing and uplifting. I loved the varied selection and the way the pieces mixed electronic music with traditional symphonic music.

My favorite surprise was the presence of composer Gerard Marino, who came onstage to conduct music from God of War, which I learn is a video game, rather than a film. The music was an amazingly nuanced journey that culminated as full-blown rock. Everyone was cheering at the end. It was such an inspired piece of contemporary music, I’ll always treasure it – it’s firmly lodged in my memory. Gerard Marino was a-ma-zing, despite two very funny false starts!

Extraordinary, too, was the presence of Uyanga Boldbaatar, who I see studied at Berklee, like Ciprian Costin. She was born in Moscow, lived in Switzerland, but is of Mongolian ethnicity. This is important, because it informs her music. Her melismatic pitch transitions, her modulated screams were truly enchanting. Marvelous, too, was cellist Tina Guo, who played acoustic and electric cello. Tina Guo has performed as a soloist for various film and video game soundtracks, plays with the band Off the Deep End, and is touring with Cirque du Soleil's production Michael Jackson: The Immortal World Tour until 2014. They were joined by soprano Irina Baiant, who was also a powerful presence, and Calin Grigoriu on electric guitar. Robert Enache and Marina Minoiu graced us with a few moments of ballet.

From what I read in PR materials on various Web sites, the concert premiered live many of the works presented. A hundred and forty professionals, as well as Lufthansa, a few other large sponsors, and a good number of media partners contributed to the success of the night.

Throughout the 140 minutes of the concert were presented pieces from the following movie soundtracks:

The Tree of Life – Piece by Zbigniew Preisner

Out of Africa – Music by John Barry

The Gladiator – Music by Hans Zimmer

Memoirs of a Geisha – John Williams

I could not always tell which was what.

The show was peppered with thoughts and reflections. Two of my favorites, besides the fragment from Mihai Eminescu’s poem "First Epistle" ("Scrisoarea I," in Romanian), aptly chosen to start the show together with The Tree of Life, were: “Energy follows thought. He is able who thinks he is able,” and Oscar Wilde’s “To live is the rarest thing in the world.” Indeed.

The Masterpiece concert in Bucharest: Loved it

Hi Derdriu, I have much work ahead of me in terms of getting updated with literary and musical productions in Romania. I have started with the visual arts for now :)

Mira, Very nice the observation that "Energy follows thought. He is able who thinks he is able." In another, but somewhat related direction, it interests me about musical journeys through cultures and histories from ancient through modern times.Is there anyone who has done a Romanian artistic, literary or musical equivalent for Romania of Ismail Kadare's writing the history of Albanians through his series of novels from Egypt's pyramid-builders through Kosovo's conflict-torn populations?

Sounds as a great concert. Nice to read about it.

I agree. Some film soundtracks are truly masterpieces :)

What a genius in film music the tone of the music behind each scene elevates the energy making the experience magical. Great article. :)K

Hi Sam, thank you for stopping by and commenting. I now see John Williams did the soundtrack to the recent movie Lincoln as well. I did notice it was wonderful. He also scored the first Harry Potter films!

The concert sounds like it was great, Mira. I'm a big fan of anything John Williams writes; for me, he's the king of film music.

Thank YOU for helping make possible such a wonderful project!

Thank you ! We are happy that we achieved the goal!

Hilary and Jackie is a powerful film about the tragic life of prodigy cellist...

Fry’s Planet Word is a five-part series on language and storytelling written ... 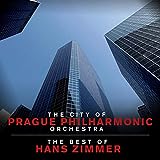 Hilary and Jackie is a powerful film about the tragic life of prodigy cellist Jacqueline du Pré and her relationship with her sister Hilary. No spoilers.
48%  5   5 Mira
Languages 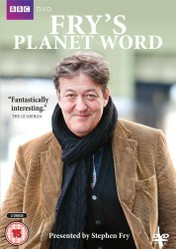 Fry’s Planet Word is a five-part series on language and storytelling written and presented by Stephen Fry.
Loading ...
Error!