The mystery of Flannan Isle

There is a simple solution to the disapparance of three lighthouse keepers in 1900.

Writers and poets quite often elaborate facts and rewrite history, which is what has happened with the strange and unprecedented disappearance of three lighthouse keepers in 1900 in Scotland. The original reports of the mystery are kept at Trinity House, which is the organization dealing with British and Irish lighthouses. But a poet presented a dramatic account of the mystery, which has had more impact in the popular consciousness than the more sober reports and deliberations of a commission of inquiry.

To keep the lamp alight

As we steered under the lee we caught

No glimmer through the night

Gibson tells the tale in the first person plural, so many think that he was an eye witness, but he was not, he was a professional writer. He told his  version of the event, which occurred in 1900, in 1912 and took some licence with the facts, though the case was broadly as he described it. Now that I have used the poem for effect, I will use it no more.

So where are the Flannan Isles? They are an uninhabited archipelago of rocky islets in the Atlantic twenty miles west of the Isle of Lewis. They are sometimes known as the Seven Hunters,for the name Flannan derives from the Gaelic for hunter, and this indicates that never in Scotland's history were they inhabited by a settled community, but were places for seal hunters to visit in good weather. In Winter, Spring and Autumn gales send seas towering over the islets with massive power. But the lighthouse was constructed in 1899 by the famous Stevenson family, great lighthouse engineers from whom Robert Lewis Stevenson sprung. But for the three keepers they were a daunting and lonely tour of duty for which relief visits by the lighthouse tender were an eagerly awaited blessing.

On 16th December 1900 it was reported that the light had not been lit, and while Gibson makes out that rescuers set off immediately, reports say that the stormy seas prevented the lighthouse tender Hesperus from reaching the isles until the 27th December.In the meantime the light remained unlit, its absence jeopardising sailors along that turbulent coast.

Captain Harvie of the Hesperus noted that the lighthouse flag was not flying. This was a breach of protocol, for the lighthouse should acknowledge the visiting vessel. Desperate to think that the keepers had not seen his approach, he had the foghorn boom several times, but there was no response. Finally in a last act of hope he fired off a rocket. But nothing happened.

Finally, Harvie ordered a boat to launch and sent a crew to the island. It tied up at the rocky landing stage on the eastern, leeward side of the isle.  The crew's  leader, officer Moore,  went ashore, full of trepidation about what he would find, or what he would not. Trembling he ascended the steps towards the silent structure.

There are varying reports,but the lighthouse door was ajar, and when Moore  entered there were no signs of life. A diary had been written for the fifteenth of December, the last day the lamp was lit. There are some reports that a meal rotted on the table. Three places were set,  but none had eaten anything. Reports speak of one chair having been toppled over, as if the one sitting in it had jumped up to deal with an emergency that made him rush out. Gibson speaks of a canary starving on its perch, but Moore does not mention this fact. Having done a tour of the lighthouse, he found everything was ship shape, which means that it was tidy and well-stowed, but of the three keepers he found no sign. Keepers Ducat, Marshall and relief keeper MacArthur were gone.

One rule had been broken. One keeper must stay in the lighthouse at all times, so if one had rushed out an emergency must have been occurring.

Moore returned to the vessel and reported to Harvie, who sent him back and told him and MaCormack to explore the island. There were no human traces anywhere, the keepers were gone, but a few significant facts were noted. There was storm damage at a landing stage on the west of the island, where safety railings had been torn off by wind and waves. It was also noted that the sea boots of Ducat and Marsall were missing, indicating that they had gone outdoors wearing them. They were also wearing coats. But MacArthur's coat was still present on its hanger, indicating that he had gone outdoors very quickly without time to put it on. This sounds as if he exited in a hurry, But why?

Captain Harvie decided to leave a crew of four men on the island while he reported to the lighthouse authorities and had a replacement crew brought in. . By this time the crew knew that the three keepers were dead.

There was the statutory board of inquiry into the disappearance, but the board left the judgment open. No one could say why the three keepers had disappeared, but foul play was never suspected. This did not prevent speculation from thriving.

Strange theories abounded, especially after Gibson dramatized the story in his poem, which was included in Palgrave's Golden Treasury of Longer Poems. Freakish theories of the keepers having been attacked by a sea monster or taken by UFOs have sprung up over the years. Paranormal theories about ghosts of dead sailors shipwrecked on the Flannans driving the keepers off have occasionally been mooted. We can dismiss these. Suggestions of murder and suicide are credible, but there is no evidence of there having been bad relations between the three men. But for the sailors on the Hesperus there was one very likely explanation, which is less spectacular than the esoteric ones, but is the most likely. A giant wave!

In 1974 when working in a coastal town I shared lodgings with some Scottish sailors,one of whom, a genial, well-balanced and thoroughly pleasant young man from Northern Scotland who was called Alex told me of an experience he had had when serving on an oil  tanker. He had been on the bridge and had gone outside for some air, only to see a wave approaching that towered over the tanker's bridge. He dived inside and slammed the door shut, and seconds later a massive sea rocked the tanker, which fortunately survived. Sailors were telling tales of giant waves, only for some scientists to dismiss them. But in more recent years scientific evidence of very large waves has been found. A few years ago a cruise liner in the Antarctic was badly damaged by one.

So here is what I think happened. Ducat and Marshall had gone to inspect the damaged landing place on the west of the island, leaving MacArthur to prepare the meal and stay in the lighthouse according to rules. But from his vantage point MacArthur espied through a window a large wave thundering in and saw his mates' danger. Without a coat he leapt up and raced down to the landing stage where his mates were, but too late. He perished alongside them  as the wave roared over the islet.

A sad tale about lives cut short, but the simple explanation of the mystery preferred by  experienced seamen is the most credible explanation. The sea is to be respected.

Elsewhere, you indicated that you and your wife have visited Fanad Head.

Here, you mention the etymology for Flannan Isles.

Since they are both Gaelic "F" -- ;-D -- words, would you happen to know the etymology of Fanad (which Wikipedia suggests as speculatively from the old Gaelic Fana for "sloping ground")?

Derdriu, you seem to have got the right explanation.

frankbeswick, Thank you for giving what is also a kind tribute to three lighthouse keepers who were just doing their jobs and for mentioning Robert Louis Stevenson, one of the first authors I remember as being a favorite.
Do you think that the wave came so quickly that Ducat and Marshall -- perhaps their backs were waveward and their faces landward? -- didn't even see it? Perhaps MacArthur had the panoramic view from inside the lighthouse and saw the wave forming and thought that he had time to caution his co-workers and remove them from the scene.
On this side of the pond, one of the explanations for the disappearance of the Mary Celeste is a rogue wave.

In Cornwall, in South West Britain, there have been anglers who have ventured onto exposed rocks off Land's End to get the best of the fishing and have never been seen again. The best explanation is that they were surprised by waves larger than expected. Rogue waves are not restricted to the occasional giant one, though giants occur. I suggest that many people have been killed by unexpected waves that were simply larger than anticipated.

The sailor who described his experience to me was someone that I deemed honest, and I never heard a bad or untruthful word from him, so I have grounds to believe his words.

A rogue wave sounds like the best explanation here. As you mentioned, people have lived after experiencing them and can attest to the fact they exist.

They have been reported in the Atlantic, Indian Ocean and Antarctic, and the stormier seasons are the ones more apt to get them. A dangerous one is known as a growler. It need not be large, but it comes sometimes at right angles to other waves, causing ships, which are steering into the waves, to be hit along their side, a strike which can cause them to capsize. The one that my erstwhile housemate reported was a very large example of this phenomenon. Tim Severin was swamped by one in the Brendan near Greenland, but the craft being buoyant simply bobbed up after the wave passed over. Some offshore rocks, such as Muckle Flugga in Shetland, where there is a ,lighthouse, suffer waves that can swamp the hundred foot summit of the islet.

Rogue waves are no myth, too many accounts have been given over the years. 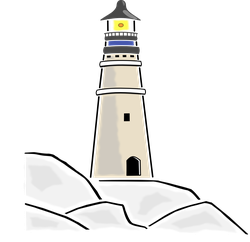 People have traditionally used rushes and other water plants for building and making utensils.
89%  12   5 frankbeswick
Europe 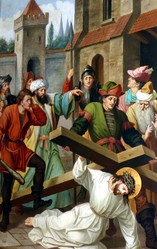