The Origin Of Father's Day Celebrations And Some Cute Gift Ideas

Father's Day is a beautiful occasion to present a nice day to your dad. Gifts may not be necessary to make him happy, but here are few suggestions if you would like to buy a gift.

Sonora Smart Dodd is honoured as the founder of Father's Day, her dad being an American Civil War veteran who raised six children as a single father after the death of their mother.

In the Monongah Mining Disaster that happened in 1907, nearly thousand children were left fatherless. To honour all those fathers, a Father's Day Service was held on July 5th, 1908 in Fairmont, West Virginia. This was done in the Central United Methodist Church and the event was organized by pastor Robert Thomas Webb according to a request from Grace Golden Clayton who was mourning her father's loss at that time. Her father was a Methodist minister named Fletcher Golden. The date July 5th was chosen for the service because it was the birthday of Grace Golden Clayton's father.

This was just a local church event and it was not much known outside Fairmont since no one actually promoted the event. And so there was no further services or celebrations in the subsequent years. However, it is believed that Clayton was inspired by the work of Anna Jarvis who found Mother's Day in order to honour all mothers.

Whatever the history is, Father's Day celebrations are meant to honour all loving and caring fathers in the world. Maybe you would love to spend the day with your father, maybe you would love to give him a nice gift or you might love to send him a lovely card to show your appreciation for all his hard work and also to thank him for the way he cared for you. Anyway, this is a wonderful occasion to honour your dad and show him your love, and make him feel loved and respected.

The beautiful Acrylic Cube has an LED lighted base which when turned on displays "I Love You Dad" in glowing multi colours.

A beautiful way to express your love and respect for your dad!

Father's Day is also a nice occasion to celebrate with your husband or partner, if you are parents. It would be especially more wonderful to celebrate, if he is a new dad. If you have small kids, you can all do something special to present a memorable day for their dad!

Is this your husband's first Father's Day?

If dad is celebrating his first Father's Day, the baby definitely needs a matching clothing for the celebration. Here is a cute and fun design for your baby!

"Just Me And My Dad" is a great book for father's day. Reading stories together is a wonderful activity for parents to bond with the child and this is a beautiful book to do that.

Here are some awesome cards from Zazzle for Father's Day. You can customize and add your own personal photos in these cards or even change the text if you would like to!

Does your dad appreciates humour? If he loves funny ideas, here are some cute and funny T Shirts for him.

Is Your Dad A Social Activist?

Here is a nice T shirt for him if he is! You can change the colour of the shirt as well as change the text if you wish.

Does he loves coffee?

Here you can find some nice coffee mugs from Zazzle for Father's Day. They are very much customizable, so if you want to change the text or add a photo it is easy to do so.

If your dad loves chocolates, then the countdown calendars from Zazzle will be a lovely gift for him. If it is for your husband, maybe you can share the chocolates with your kids too!  With the seven day countdown calendar, you can countdown to any anticipated day of the year, in this case the Father's Day. The gift comes with milk chocolate pieces hidden behind each of the seven openings. The wrapped chocolates are from The Madelaine Chocolate Company.

Just like other zazzle products, you may change the text, background colour or add any personal photos to the product if you wish.

Giving gifts is a lovely thing to do, but a child's time and affection are the most precious gifts a truly loving and caring dad can ever get in his life.

Thanks Derdriu! I agree with you surprise gifts are always nice, but sometimes gifting what someone really want will be helpful.

VioletteRose, Sometimes the simplest or most practical gifts are the best ones. That's great that WordChazer's dad has specified gardening gloves. Perhaps there is a trend away from surprises, which may entice as mysteries but also may not be what is truly wanted or needed.
Nevertheless, surprises still have their place!

That's really funny WordChazer :) I really hope your dad won't get a funny T shirt this time! Gardening gloves will be really useful for those who spends much time doing gardening. Isn't it much easier when someone specifies what to buy as gift? I think that is the best since we can make sure that the gift will be useful.

My dad has requested NO MORE FUNNY T-SHIRTS FROM HIS SON-IN-LAW or else he'd get him one of those Zazzle shirts! Instead, my dad wants gardening gloves. At least we know they will be used as he spends a lot of time in the garden in his retirement. My f-i-l doesn't get presents from us, only a card. He has a second family who buy him presents. Such is married life in the modern era.

Thanks Mira for stopping by :) I too love that onesie!

I love that onesie :-) Nice gift suggestions, and interesting info on the origins of Father's Day!

Saint Patrick's Day or St. Paddy's Day celebrations are not just in Ireland, ...

Holi: The Celebration Of Colors

Holi is the festival of colors celebrated around the time of spring every yea... 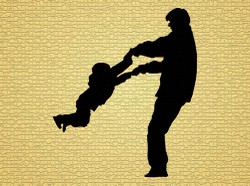 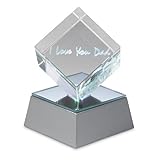 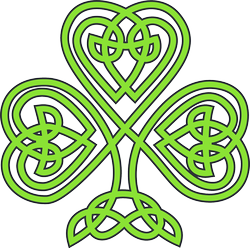 Saint Patrick's Day or St. Paddy's Day celebrations are not just in Ireland, but it is a festival celebrated globally and you can see interesting ways of celebrations everywhere.
60%  9   5 VioletteRose
Hinduism 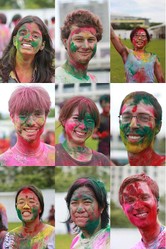 Holi: The Celebration Of Colors

Holi is the festival of colors celebrated around the time of spring every year and the date of celebration usually comes in the month of March.
Loading ...
Error!