The Original Name of God

The name El Shaddai was the name by which Abraham knew God, but it is rarely used now.

The Old Testament is a complex anthology of books of different types and oral folk traditions preserved over time. The anthology uses more than one name for God, and each name is significant, for different names give different images of the divine being. It is the belief of some scholars that the first name of God contains significant theological elements pertinent to our modern age. In this article I intend to unravel some of this significance.
Photo courtesy of Dimitris Svetsikas, from Pixabay

It is always better to read  the Bible in the original language, or at least have a scholarly commentary available, and this warning applies to the  name Shaddai, which is ancient and requires analysis. It is first used in the Abraham story, when God makes his promise to Abraham and it occurs at times in the story of the patriarchs as the name of their tribal deity. The name is used thirty one times  in the book of Job, which may come from a non-Israelite source, possibly from the related tribe of Edom,  and it pops up occasionally elsewhere.

Exodus 6:2-3 explains that God wants to be known by the name Yahweh, mistranslated now as Jehovah, which never was a name of God; but the name Shaddai is often rendered as God Almighty, a poor translation. But scholarly analysis of the text reveals the passage to be part of  a section of the Bible known as the Y or J account, whose author favoured the name Yahweh. The Yahwist account cannot  deny that El  Shaddai was an early name for God, but the author identifies Yahweh with Shaddai and establishes Yahweh, which means I Am Who I am, as the true name of God. Later on this Y account became blended with the Elohist account, which uses El for God, the Priestly account and the Deuteronomic History to form a single coherent account which forms the historical books of the Bible.

The Elohist account, E, uses El for God. This was  the standard name for the high God in Semitic societies and is related to the name Allah. But the E account does not use Shaddai very much. However,  the term El Elyon, God Most High, is used in the story of Melchizedek, king of Jerusalem, who was El's priest. Both of the names Yahweh and El co-existed in Israel, along with Adonai, Lord, but as Yahweh was a name associated with the Davidic dynasty it received a boost at the expense of other names, though Adonai was increasingly used as a pious substitute for  Yahweh.

It is likely to have been Moses who identified Yahweh with Shaddai. There is evidence from hieroglyphs on rocks in Sinai that the tribal confederacy of Midian, with whom Moses lodged after he fled Egypt before his commissioning as a prophet, worshipped a  god with a name similar to Yahweh. It seems that Moses' religious experience showed him that the two gods were the same being.

But what does Shaddai  mean? We must realize that we are speaking of a time when people thought in terms of families of Gods. Gods and goddesses existed in male and female pairs, had children and while conceived in visual form were always not fully human-like. Consider the Egyptian deities who were depicted with animal heads. Ancient deities often were linked to a particular site or people and they often had specific functions such as war or fertility,  the latter being often the function of goddesses.

In being called El,  Shaddai is clearly a male deity, but unlike some deities he does not seem attached to a specific place. He is a god for a wandering people, the Hebrews a social class of pastoral nomads who dwelt outside the cities of the ancient world. Moreover, Shaddai is not a war god. Abraham, with whom Shaddai  made a covenant, makes war only once to resist an invasion  and rescue his nephew. Shaddai is far more associated with peaceful fertility. Most passages in which Shaddai is mentioned are promises of human fertility, blessings of breast and womb. So God is seen as a peaceful being. War came later when the Hebrews got land. In being linked with fertility, a role usually for a goddess, Shaddai is displaying a  feminine characteristic.

The name is never analysed, but scholars have suggested that it is related to an Akkadian [Babylonian] word meaning destroyer. Possibly, but destroyer suggests a violent God and Shaddai seems quite gentle. More likely is the claim that it is related to a word that denotes mountains, the mountain God. This fits with his manifestation at Mount Sinai, but does not explain the link with fertility.

However in the nineteenth century Jukes said the words that scholars may have been embarrassed to  say:  shad is a Hebrew word for breasts.  El Shaddai can be taken to mean the god or divine power of my breasts. El Shaddai, the supposedly male god, has a female aspect. God has a motherly side, which explains the association between Shaddai and fertility. Some women have longed for recognition of the female aspect of God and now we find that the earliest revelation of God to the patriarchs was not a thundering, exclusively male being, but a being with male and female qualities.

Thus when Genesis 1:26 says that male and female are made in the image of God, a text from the Priestly source, it is harking back to the most ancient Hebrew traditions. Remember, that Yahweh, with whom Shaddai  became identified, while being called a god, is nowhere specifically called male. The maleness of God is overrated.

What is the theological significance of recognizing that God has a feminine aspect? It is found in religious language, in particular usage with gender implications.

Language about God is fraught with difficulty, and pronouns are the most fraught of all. Arguments abound as to whether God may be described as she, and some who replace he with she make the mistake of swapping one form of sexist language with another. "It" is an even worse usage, as it treats God as an object, which he isn't. We have no personal pronoun that covers both male and female, and if we did it would not translate biblical texts adequately. But  recognizing that there is feminine language about God in the Bible cuts through the difficulties. Yes, it is legitimate to call God she, though calling God a goddess is non-biblical and illegitimate in theological terms. We would benefit from the invention of a new pronoun, but it would have to be publicly agreed rather than imposed. She and he may be used interchangeably when referring to God.

That both male and female are fully made in the divine image and likeness implies that God is not masculine, feminine or neuter in parts or to degrees, but the fulness of masculinity and femininity are found in God and are equally rooted in him/her. God is as much her as him.Aquinas taught that created beings share some likeness to the creator and so male and female both reflect the divine creator to varying degrees. But while Aquinas followed Aristotle in thinking that women were defective compared to men, and therefore less godlike, we nowadays know better and so affirm the equality of the  sexes.

Shaddai is a name rarely used now, but it has theological significance and should not be forgotten.

References: The Names of God in Holy Scripture,  Andrew Jukes

Adonai is still used, as in Aramaic it means Lord, so when you address Jesus as Lord you are using it!

Thank you for the information on (my favorite God name) Elohim!

Adonai appeals to me as another favorite God name.

Do I recall correctly that Jesus Christ referred to God as Adonai?

What would you say about Adonai?

Elohim is a plural word used to denote a singular God, so it is a strange usage that might be plural to emphasise the grandeur and greatness of God.

What do you think of (my favorite God name) Elohim?

I think that you are right.

Re-reading your wizzley brought to mind something perhaps related, perhaps unrelated to names for God.

Since the Sherlock series created by Mark Gatiss and Steven Moffat, I feel like I hear "it is what it is" quite a bit. Some internet sources liken its enduring popularity to its introduction into English in a Shakespearean sonnet!

Might the saying not make one think of "I am who I am"?

Would you happen to know -- and I'm being serious, not facetious -- if there is an ancient, perhaps spiritually inspired, heritage on "It is what it is" (whatever it is ;-D)?

I think that we can take El as referring to God the Father, though all members of the Trinity share in all its actions.

Derdriu, it is an image of a prophet.

Jesus used Eloi, when he was on the cross, and he spoke of God as Father. Paul wrote in Greek, so he used theos.

One thing that occurs to me is the references being from the Old Testament (teken from the Torah) that refer to God miss the multi-personage of the Trinity. Are they names for God the entire godhead, or for God the Father, a single person of the Trinity? I know we cannot divide God, but there are three distinct persons fully sharing the Divine nature of a single God. I realize the people who read from the Torah would make no reference to whether a name applied to God or to one person of the Trinity.
I agree translating loses details, but most of us are not able to read the Old Testament in the original language. I appreciate that you can interupt for us here.

frankbeswick, Thank you for practical information, pretty opening picture and product lines.
The computer doesn't handle well smaller images such as that to the left of your title. Methinks that it's someone seated, but that's all I can tell. Pray tell what the image is of.
It's interesting about shaddai since the word, unlike adonai and yahweh, contains the shin whose shibboleth functions confirmed native Hebrew-speaking Jewishness.
What would be the name by which Jesus Christ and Saint Paul referred to God? 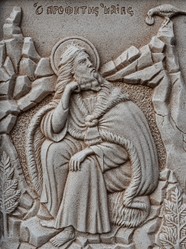 Back to the Slate Trail5 days ago

Praying Through the Names of God
100%  30   15 frankbeswick
Christianity