The Philosopher and the Gospels: a review

Professor Keith Ward has produced a powerful and much needed analysis of the gospel presentation of Jesus and his teaching.

Biblical studies has been crying out for the attentions of a philosopher, to bring philosophical rigour to reasoning that is not always of the highest standard, and in Keith Ward we find the person who meets this need. He tackles the four gospels in an intellectually rigorous way, asking what a reasonable person might think about them and their message. But most fundamentally he analyses the gospel message to come to a conclusion about the most accurate way of interpreting it. This book, written in 2011, makes a significant contribution to the understanding of Christianity.

Keith Ward is the retired Regius Professor of Divinity at Oxford, an ordained Anglican minister and prolific religious author. The position of Regius Professor is in the gift of the monarch and is the senior professorship at the university.  His academic specialism is philosophy of religion, and he freely admits that he has done no original work in New Testament scholarship, but his contribution is to apply philosophical thinking to the gospel accounts, asking what a reasonable person might believe about them. This is important, as my own religious studies have led me to believe that there is in biblical scholarship some shoddy thinking.

Ward begins by establishing some key principles of gospel interpretation. He states his belief that the gospels contain conditional universalism, which is the belief that while we cannot guarantee that all will be saved, it is possible that all can obtain salvation. In this respect he places himself at odds with Calvinism, which believes in the salvation of a limited elect, and he makes no bones of his rejection of systems that consider that only a few will be saved. At the root of this belief is his sense of the goodness of God, which radiates through this book. This is another good quality to be found in Ward's work: while for some scholars their New Testament studies are merely history of ideas in which they have only limited belief, if at all, Ward is a man of faith, and it is his exploration of the gospels in the light of faith that makes him a true theologian. He is a man who exemplifies the principle that theology is done when Christians reflect on their faith using reason; and Ward's command of Philosophy, the ultimately rational discipline, is fine indeed.

He proceeds to elucidate other principles, one is that we must interpret Jesus' teachings not in literal terms but as ways of teaching spiritual realities.Thus he tries to steer more literal minded readers away from simplistic views of the end of time and over-literal reliance on specific ethical teaching, pointing out that Jesus'  moral teaching needs to be interpreted in terms of the time of its utterance and the times in which we live, and specifically in terms of the essential Christian belief that God is loving and merciful. He also states the principle of participative virtue ethics, which he believes is at the heart of Jesus' ethical teaching. I have the feeling that he has much in common with Pope Francis, who aims to steer the church on the path of mercy in its interpretation of  rules.

The emphasis on virtue ethics is one of the key ideas of this book. Ward is claiming that rather  than specify exact rules, Jesus was concerned to identify and foster key principles of character, which are love, mercy and forgiveness. So every rule in the New Testament is to be interpreted in terms of the way in which it expresses these key virtues. This is in keeping with the thought of other Christian thinkers, but the participative element enters in the belief that we only can successfully achieve virtue by participation in the Spirit of Christ, who is the powerful divine reality that makes successful achievement of virtue possible.

The Philosopher and the Gospels

One of the most important characteristics of this book is that it systematically works through the parables of Jesus, working them through in terms of the key principles of this book,love, mercy and forgiveness. It is this that leads him to challenge longstanding notions of eternal punishment. Take an example, the parable of the Unforgiving Debtor, Matthew 18:23-35. The unforgiving debtor is sent to punishment, and for centuries Christian preachers have had him consigned to eternal damnation, but Ward points out that the debtor will not get out until he has paid the last penny. There is a hint here that punishment is not eternal. Ward reinterprets the parable of the Rich Man and Lazarus.As with the Unforgiving Debtor, preachers have described the fate of the rich man in Hades as eternal damnation, but Ward  notes that already in his damned state the rich man is showing concern for his brothers, and so Ward suggests that his fate may not be eternal and that God may allow him out of Hell.

In this way Ward tentatively expunges Hell from Christian thought. Dedicated as he is to the belief that God is ever-loving and merciful he trusts that even in the afterlife there is the possibility of growth and change, and in this way he is not alien to some of the church fathers, its ancient theologians, for Gregory of Nyssa thought that in the afterlife there was room for growth, and Origen, expounding the concept of apocatastasis,  believed that Hell was not eternal, and that even Satan would one day be saved, though neither the bishops nor Ward concur with this view [Ward does not mention it.] He is of the opinion  that Hell is a personal choice and that while it is conceivable that some souls would eternally reject God and thus remain in Hell, other damned souls might repent and receive God's eternal mercy.

Ward also takes a level headed approach to the historicity of the synoptic gospels. Biblical scholarship has been plagued by extreme views, polarizing between liberals, who reject any significant accuracy in the texts and believe that they are constructions of the early church, and literalists who take all as literally true, when they clearly are not. The moderate, Conservative view, that the gospels are substantially accurate but that care is needed, often goes by default. Ward is a conservative, and as a philosopher he considers that there is a good case for taking the Jesus story as recorded by the gospels seriously. This links him with other great scholars, such as Tom Wright and Joseph Ratzinger, later known as Benedict the Sixteenth. His work is a useful addition to the conservative arsenal.

The book goes beyond the synoptics to examine the presentation of Jesus in John's gospel. It is a testimony to his quality as a scholar that his lucid and penetrating mind reaches to the heart of the mystery of this gospel.  An interesting aspect of this book is that it sets John in the theological context in which the apocryphal gospel of Thomas is set, and I see this as insightful. As Thomas is quite early, much earlier than most of the plethora of apocryphal, Gnostic gospels, Ward is reinforcing the modern insight that John is not the late, second century text that some scholars thought it was, but is earlier. However, I do think that Ward overlooks what is to me clear evidence of evolution in the johannine text, but this is not damning to the credibility of his argument.

The argument is that while the Synoptic Gospels try to  give the verbal teaching of Christ, albeit in remembered form, John tries to give not the verbal teaching, which is clearly not presented in the gospel, scholars concur, but the inner meaning of Jesus and his teaching.In this way he undermines the significance of the quest for the teaching of the historical Jesus, that so dominated scholarly thought over many of the years in the nineteenth and twentieth centuries. That there is an underlying meaning of Jesus makes the quest unimportant. He also undermines those who see Jesus as merely a teacher of righteousness, for he is a spiritual reality that needs interpretation. Ward, as a philosopher, rightly undermines the liberal case made by many scholars by identifying that they have underlying and oft-not stated assumptions, and he rightly cites Tyrell's criticism of the liberal Harnack, that those who seek the historical Christ often end up with finding a Christ in their own image.

Ward believes that John and Thomas both represent attempts to ascertain the spiritual reality underlying Jesus, that he is the eternal Word of God incarnate, though Ward regards Thomas' attempt as theologically flawed through its Gnostic ideas, which Ward and I reject, rightly, I believe. Ward, though,sees Jesus as the eternal Word of God and so raises the idea that while the Word was incarnate in Jesus, it was not exclusively and only in him, and that as the Cosmic Christ it makes him present throughout the world, relating to all humankind. The book raises issues about the salvation of beings on other worlds, should there be any, but as yet cannot address these issues, as no one can.

This book is the work of a wise and good person, one who deeply believes in the gospel and lives it as a practising Christian minister. I have given you as taste of the wisdom contained therein, but by no means exhausted it. I commend it you.

Yes, that's purgatory, though I suppose that the difference is that hell is at least theoretically permanent where purgatory is not. I think that the problem is that Jesus gave few details on the next life, and we have had to speculate on how the promise of eternal life will be delivered.I suspect that there is much that we don't know about it and that there are wonders yet to be uncovered.

The concept that the Bible is not a literal piece is consistent with what I have learned as a Catholic. As for a temporary hell, is that not what Purgatory was supposed to be like, but is not spoken of much any longer? I suppose the difference is in Purgatory there is no change of heart, just payment for wrong doing.

Thanks. Keith Ward's work is always worth reading.

Anything about the gospel I find interesting. This is an excellent review.

Thanks. I like Keith Ward, for his works are excellent. He is so wise. 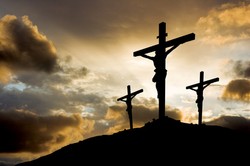 Between Now and Eternity23 days ago

The Philosopher and the Gospels: Jesus Through the Lens of Phi...
100%  21   12 frankbeswick
Christianity

The long awaited decision to have women bishops is major progress.
100%  27   10 frankbeswick
Christianity