Britain has been a well-farmed land for many years, but there are still wild herds in remote places.

We do not often see herds of wild horses and cattle, probably because most of us are town dweller and at other times the animals that we see are domesticated. But there are some wild or semi-wild [semi-feral] herds. These are kept well-contained in enclosed areas, as they are not always very well-behaved. Some of these beasts may be domesticated animals gone wild, but others were never truly tame. But they farmers sometimes keep them on their land and harvest them.

Just south of the English-Scottish border in the lovely moorlands of Northumberland stands Chillingham Castle, reputedly the most haunted castle in England. Roaming proud and independent  in the grounds is a herd of white cattle, the Chillingham Herd. They were first mentioned in 1645, but there are claims that the herd goes back at least seven centuries when the parkland was enclosed to mark it off from the moor.

But where were the cattle before that? Some say that they descend from white cattle introduced by the Romans as sacrificial animals.But genetic studies indicate that this is not a plausible hypothesis. But others,more credibly, believe that they descend from the wild cattle that roamed the ancient woodland that stretched across Northern England and Southern Scotland from the North Pennines to the Firth of Forth south of Edinburgh. They were trapped when the park was enclosed and remained ever since. In that time there has been no genetic input, but they have inputted into the genome of White Park Cattle.In recent decades the foot and mouth disease scare led to a small number being moved to another site to preserve the breed from extinction.

Why did not the Scots, who ever raided Northern England [just as the English raided Scotland] run off these prize cattle? Easy, you don't want to mess with these beasts. They are not cute animals, but big, bad tempered fellows who have to be carefully handled. Unlike beef cattle, which have big rumps for meat, these have broad shoulders for fighting and large horns. Some genetic studies indicate that they have some genetic affinity with the aurochs, the ancient wild cattle of Europe, now hunted to extinction.

They are not the only herd of wild white cattle. for the Vaynol herd in North Wales is similar, and its members are said to be like more angular white park cattle. In both herds the dominant bull rules and monopolizes the females, with the less dominant males forced to the fringes, until he ages and one of the others takes over.

The Chillingham and Vaynol herds have no contact with each other, so the fact that they resemble each other suggests that they are the descendants  of the ancient cattle that roamed the ancient British woodland in by-gone days.

The Isle of Swona lies nigh to the Pentland Firth which separates mainland Britain from the Orkney Isles. It is a ferocious stretch of water with powerful currents and troublesome sea conditions; and to make matters worse for the thirty or so people who called the small isle home there was but one landing site accessible only in the right conditions. Residents fished either from the shore or at slack tides, then raced home as fast as possible as the tide sped up. But there was no future for this community and the young left, till there were only an elderly brother and sister, Jamie and Violet Rosie, clinging on to their family farm. Then one night in March 1974 Jamie was taken ill.

Violet Rosie radioed the lifeboat, which brought him off, and her with him, as alone she could not manage the farm.Moreover, she knew not when they would be fit to return. In fact they never did. But aware of the possibility she got the life boat crew to help her release their cattle, a herd of Beef Shorthorn and Aberdeen Angus. They left them some bales of hay and let the cattle fend for themselves.

In 1975 an attempt was made to recover the cattle, but it failed. Two were injured and had to be put down, and as the landing site was dangerous for humans and cattle, the decision was taken that the herd be left to its own devices.Since then the herd has fended for itself, but it has lost any domestic traits, as in situations like these gentler animals are soon weeded out. We now have  a herd of domestic cattle gone feral. Moving them would be difficult because there are medical tests required before animals are moved, and these beasts are hard to handle, besides being difficult to get off the isle. Both bulls and cows are disposed to charge at you, so there is no likelihood of tourists coming to the isle.

Yet there is an unforeseen benefit. The cattle have grazed the pasture naturally,leaving the turf short and suitable for wild flowers, which grow in profusion on the abandoned isle, which is now regarded as a site of special scientific interest.

There are several herds of wild ponies in Britain. They inhabit moorland and mountain areas where humans struggle to cope, and they share their domains with other creatures, such as sheep, occasionally goats, and sometimes deer. In each case the animals are owned by local farmers, who work together to manage the herds and take some once a year for sale. There are three main breeds: Welsh mountain ponies, Dartmoor and Exmoor ponies. The origins of these breeds go back millenia. There is some possibility that they descend from the wild horses that roamed Britain when humans returned after the Ice Age, but it would be romantic to think that they have remained pure breeds. The Welsh mountain ponies have some Arab ancestry from horses introduced by the crusaders. But nevertheless,  they are ancient herds long settled in the  areas named above.

The Welsh mountain ponies were a breed that England's worst vandal, Henry the Eighth, tried to exterminate. Of course, he killed Catholics, Northerners and Scots, so what's a few horses to him. Henry's problem was that they were small and so could not bear a mounted knight, so he wanted them dead. Off course, in remote Wales Henry's orders were disobeyed, and in later years his rather intelligent daughter moderated the order and so the breed survived. The Carneddau herd suffered a threat some years ago when heavy snows caused many horse deaths and so farmers had to spend some time refraining from selling the surplus horses until herd numbers rose again to a sustainable level.

I have encountered the wild horses in the North of the Carneddau Mountains, where they have long dwelt. The north of this range that snakes serpent-like southwards overlooks the Irish Sea. I have not met the ponies in the craggy southern parts of the range, but they probably frequent them at times. They seem easily at home in the rough grasses and heather of the mountains. Seeing a herd peacefully grazing rugged land gave me a glimpse of what stone age hunters would have seen, a window through time!

The technique is the same for all these herds.Once a year they are rounded up with a vet in attendance. To see the herders swarming across the land on quad-bikes, motor cycles and on foot is a powerful experience, taking the viewers back to an earlier age. The horses are rounded up and those for sale selected out, with each farmer receiving his proper share.

Britain is not a large country and is very crowded, but there is still space for wild herds. Of course there are large deer flocks, but they have always been wild.

The  Great Orme,  a headland in North Wales, is home to a flock of feral goats. I have encountered these animals while walking around the headland, as  I espied them  on the cliffs below the road grazing contentedly on the vegetation of that limestone headland. There is a rare plant that only grows on the Orme, the Great Orme Berry, but the goats do not seem to pose any threat to it.It is one of five rare plants that persist in the wild there [Cotoneaster cambricus, Spiked Speedwell, Basil Thyme, Goldilocks Aster, Dark Red Helleborine.]  The farmer who manages the land for the National Trust is entrusted with a balancing act of farming the land with regard to its wildlife and wild flora. Not an easy task!

Less welcome are herds of wild boar. Originally kept for their rich meat, some escaped in the Great Storm of 1987, but others were released by irresponsible animal rights activists who raided farms and released them, thinking that they should roam free! Quite irresponsible,  for these are the most dangerous animals in Britain. The boars are large with sharp teeth and tusks. Fortunately, no human has been attacked by them, as they are shy creatures that avoid humans and prefer the woodlands, such as the Forest of Dean in Gloucestershire. They also are found in the wooded regions of Sussex by the South Coast and in Somerset. A few dogs have lost out in encounters with wild boar and needed veterinary attention.

Humans have had to come to an accommodation with these wild herds. Many of us enjoy their presence, for their being here links us to nature and our past.

You obviously know something about horses, and I was not aware that Arab traits were visible in the faces of some of the ponies. I always appreciate information new to me. Thanks!

I enjoyed this, Frank, I hadn't considered wild cattle roaming the countryside. The Welsh ponies were given a boost when Arab stallions were introduced, hence the notable 'dish' face of some ponies.

I agree that the reintroduction of wolves is a bad idea, for they are a threat to lambs. Much of this re-greening agenda is being driven by George Monbiot and his followers, but they show no concern for farmers.

If you ever meet a wild boar, walk away slowly.

I think the only wild boar in the New Forest are the occasional escapee from the farm. I hear they are very scary to meet up with during a gentle forest stroll. :)

Lots of animals are being reintroduced , otters for one but I am not sure if the reintroduction of wolves to Britain is a good idea.

Quite interesting Frank. I enjoyed your stories of wild herds in England.

I heard of them at different times, so I thought that I would put together what I had heard.

I have not thought of wild herds in England, nor Scotland. I simply have not heard of these before.

There is a wild boar farm in the New Forest, but I do not think that there are any of them roaming free.

FrankBeswick, Are there still wild boar in the New Forest? Their site and Wikipedia mention cows, deer, horses and pigs.

Have you ever heard of sugardine for wounds? It’s used a lot for horses but i...

See a honey bee flying from flower to flower, it's a worker bee. She is in th... 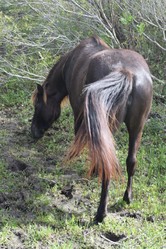 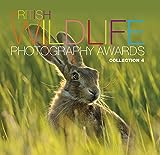 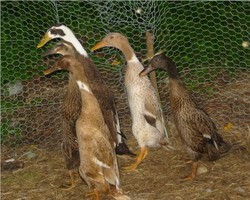 Have you ever heard of sugardine for wounds? It’s used a lot for horses but it’s a great home remedy for birds and even people as well.
25%  3   2 WibMagli
Other Farm Animals 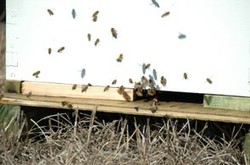 See a honey bee flying from flower to flower, it's a worker bee. She is in the last stage of her life.
Loading ...
Error!