Thomas Culpepper was executed on December 10, 1541, for treason. His crime? Having an affair with the Queen of England, Kathryn Howard. What led to him to such dangerous actions?

Many TV shows and movies show Thomas Culpepper as a vindictive and violent man. However, there were two Thomas Culpeppers in the same family and it is possible that Thomas’ older brother actually committed some of the vulgar crimes. One thing that is certain, the younger Thomas Culpepper was convicted and executed for treason for having an affair with the fifth wife of Henry VIII, Kathryn Howard.

The Early Life of Thomas Culpepper 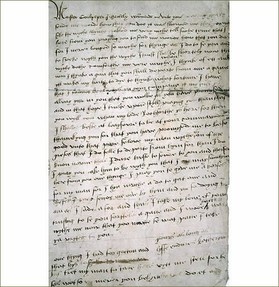 Thomas Culpepper and Kathryn Howard were actually cousins through Kathryn's mother's side; she was a Culpepper. Very little is known of Thomas' early life except that he came from a large family and had an older brother with the same name. While this was not common in Tudor England due to the poor medical care, it does lead to some confusion over which Thomas Culpepper was guilty of some crimes the younger is often accused of through media.

Thomas was a member of the court during Anne Boleyn's reign between 1533 and 1536 but it was not until 1537 that he became prominent. He soon gained a position in Henry VIII's privy chamber and was trusted, which made the betrayal worse for the King of England. Thomas was one of the members of court who greeted Anne of Cleves on her arrival to England in 1540.

Some time during his time in court, there was a man named Thomas Culpepper who raped the wife of a park-keeper and later killed a man who tried to help her. This was a serious crime at the time and punishable by death, but nobody was convicted of these crimes. Many historians believe that it was possibly the younger Thomas, who managed to gain a pardon from Henry VIII due to their close relationship; however, other historians believe that it was the older Thomas. The younger brother was not known for the violent temper that the older brother was, so it would make more sense for the older Thomas Culpepper to have been guilty.

The possibility of the young Thomas committing this crime is extremely relevant in the case of the affair with Kathryn Howard.

While the fact of an affair is unclear, the two met in secret on numerous occasions, with Lady Jane Boleyn acting as lookout. This would have been enough to convict Thomas of treason. It is possible that Kathryn was using Thomas as a way to fall pregnant. By this time, Henry VIII was obese, regularly ill and possibly impotent but he still wanted another heir to the throne. If Kathryn could have provided that heir, she would have been able to secure her place on the throne more than it already was.

Thomas was also extremely ambitious. It is possible that he realised Henry VIII was close to the end of his life, especially with being ill so regularly. If he married the Dowager Queen, he would have been extremely wealthy. However, it is surprising that he would take such dangerous steps in gaining this wealth by having an affair.

The question is why did Jane Boleyn help them conduct their affair? There was nothing for her. Recent fiction, The Tudors, shows Jane was having a relationship with Thomas but there is no evidence of this.

The Trial and Execution of Thomas Culpepper 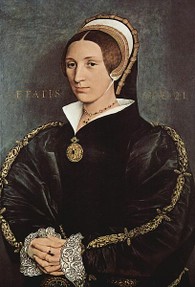 It is unclear whether Thomas had fallen in love with Kathryn and vice versa. During questioning, Kathryn informed Thomas Cranmer, the Archbishop of Canterbury, that the young Culpepper had forced himself on her and she was fearful of him. If Thomas was the one to have raped the park-keeper's wife, it is possible that he could have done this but there was no evidence to support her.

Thomas did not support Kathryn's story. He informed his interrogators that Kathryn was "dying of love for him". Unfortunately for Kathryn, there were letters between the two that were used as evidence for their affair.

The letter led to Thomas being convicted of treason on December 1, 1541. He was originally given the sentence of execution by being hanged, drawn and quartered - a traitor's death. It is possible that his previous close relationship with the King of England helped to reduce that sentencing to beheading. This is surprising considering Francis Dereham, who was convicted of the same crime at the same time, was executed through the usual traitor's death. Henry VIII was a vindictive man and would have been humiliated by the crime. It would have made more sense for him to make a bigger spectacle of Thomas Culpepper since he trusted him so much.

Thomas was executed on December 10, 1541, at Tyburn with his head placed atop of London Bridge. This would have been a bridge that Kathryn would have passed under on her way to her own execution.

It still makes no sense why Thomas would have risked having an affair with Kathryn. He was a member of the court when Anne Boleyn was Queen and would have seen the wrath those who had affairs with the Queen were faced with. While Thomas may have been ambitious, it is surprising that he would have risked so much. He could have built a friendship with Kathryn instead of a relationship and used the friendship after Henry VIII's death as the way to marry the Dowager Queen. It is possible that he fell in love with Kathryn Howard and followed his heart instead of his head.

Thomas Culpeper had a relationship with Katherine before her marriage. He found her attractive and he was a ladies man. Katherine confided in him and Jane Rochford, had Jane bring him to her, but as he was part of Henry's household, he could only come late at night. Henry trusted Thomas as he cared for him as a nurse and member of his privy chamber. Jane escorted Thomas to the Queen, they met in secret several times and although Jane acted as a chaperone, they were alone for several hours after she slept. He visited on several occasions. I believe Culpeper would have risked everything as he was well into Catherine and she was obsessed with him. She may not have loved him but she yearned for his attention. It was risky and there is no solid evidence that their relationship was sexual. However, it is circumstantial, but they probably did have an affair, plus they wanted to go further. This made them guilty of a rather odd crime called presumption of treason. They were charged with a thought crime and imagining the Kings death. I doubt Catherine was imagining anything other than her next meeting with her lover. While Dereham and Culpeper were tried, Catherine wasn't. She and Lady Rochford, who went mad while in the Tower, were sentenced and charged under an Act of Parliament called Attainder. This was a legal way to find someone guilty without the need for a trial. Previously it had been used to confirm guilt after a trial or on criminals beyond the reach of the law, but since Thomas Cromwell, it was used increasingly to condemn people awaiting trial. Cromwell, himself had been condemned this way. Jane Rochford was ill and being cared for by Lord Russell, after breaking down in the Tower. Henry sent his doctor to get her well or at least compliant enough to face execution. He passed a new law to make it legal to execute a mad person, which was abolished by his daughter, Mary I. Both women died with a degree of dignity on 13th February 1541, but serious questions remain about their guilt and the charges against them. Unlike Anne Boleyn whose guilt is unanimously disbelieved by most historians, barr one, Katherine draws a mixed response. Even some historians like Joanna Denny who are very sympathetic to Katherine, believe in her guilt. Denny, however, puts it into the context of her youth and possibly earlier abuse. Others have questioned if a sexual relationship occurred or if she was being blackmailed. We may never know the truth. 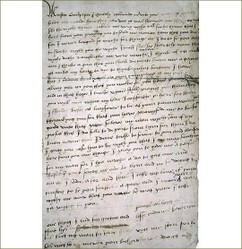